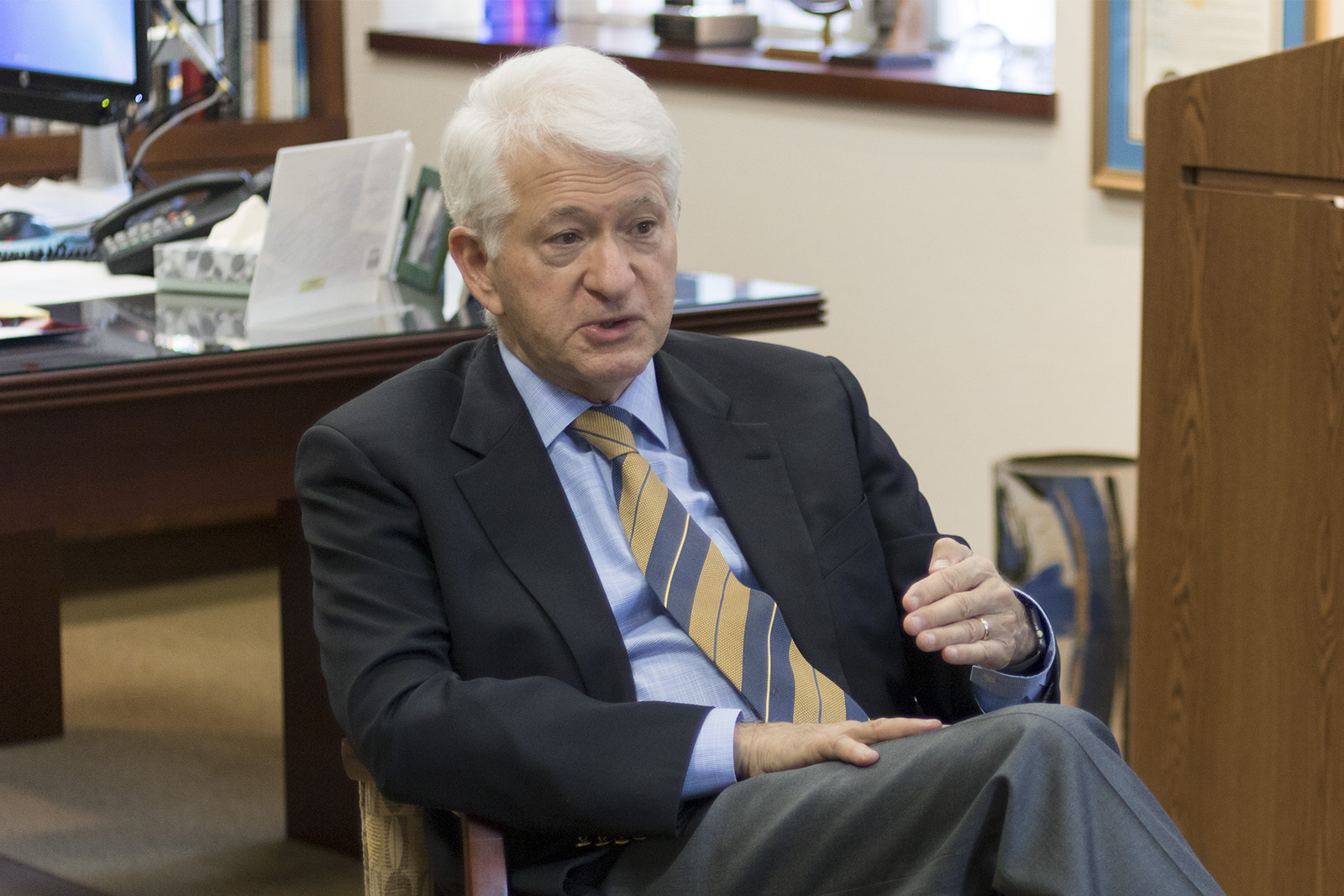 Chancellor Gene Block discussed the effect of President Donald Trump’s executive order on travel, housing for additional students and increasing resources for mental health services in his meeting with the Daily Bruin Editorial Board on Monday. (Frank To/Daily Bruin)

Correction: The original version of this article incorrectly stated the university settled a lawsuit against it regarding history professor Gabriel Piterberg in 2016. In fact, the lawsuit was settled in 2014.