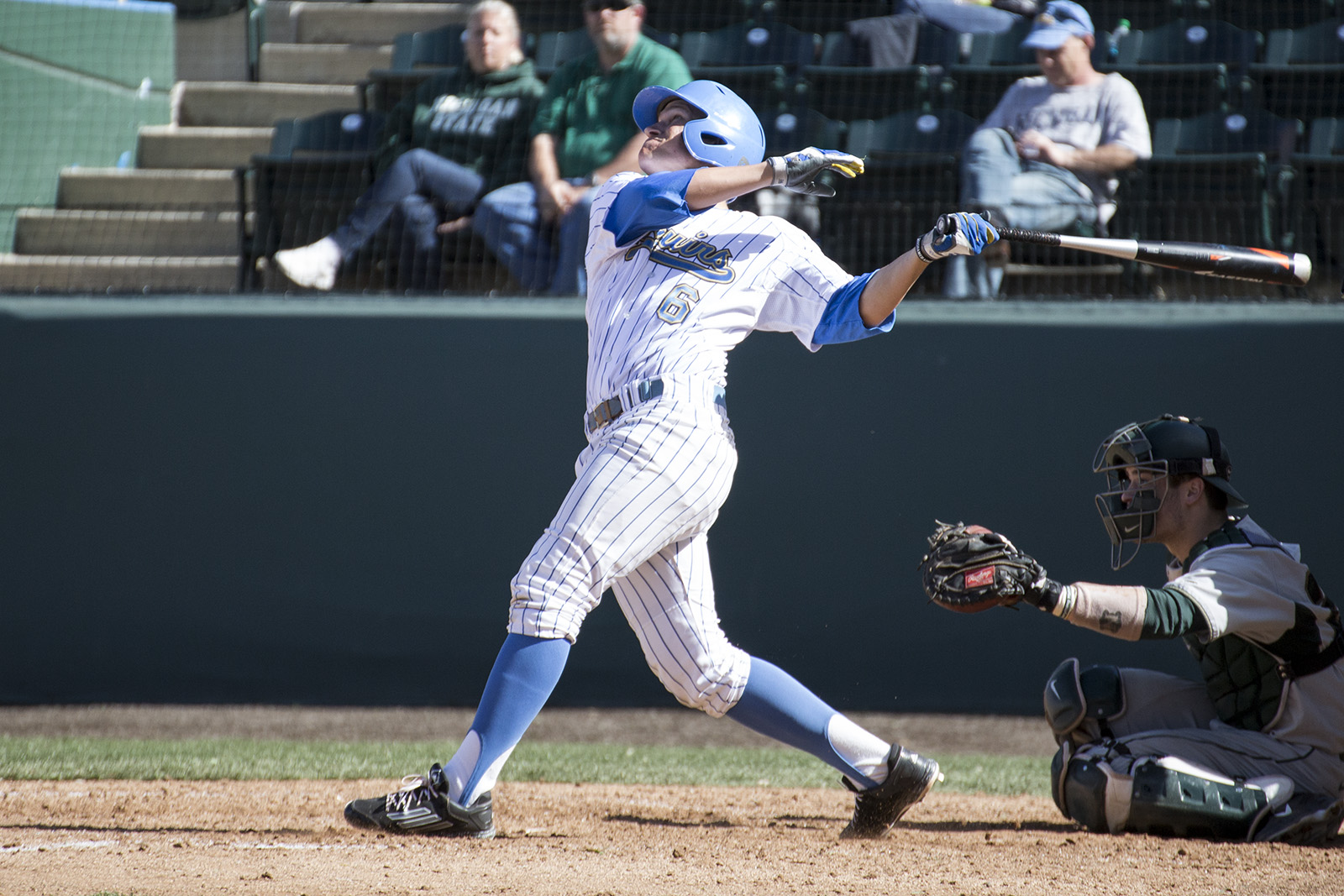 It looked like he was only going to miss the begining of the season, but redshirt sophomore Nick Valaika ended up sitting out the entire 2016 season due to a hamate bone injury. (Daily Bruin file photo)

“We were so beat up last year in those two positions,” said coach John Savage. “As everybody could see, those are two major positions.”

This lack of depth in the middle of the field led to a 25-31 season in which the Bruins missed the playoffs, but if this year’s alumni game is any indication, a lack of production at these crucial positions may not be a problem in 2017.

Valaika wasn’t able to swing a bat last season due to a hamate bone injury. In his first game action in over a year and a half, the shortstop went 3-for-5 with a double and four RBI.

“Having him back into the lineup is a major deal for us,” Savage said. “It’s really night and day when you’re talking about just having him … And he’s an offensive guy, so it’s great to have him.”

Last year’s catching depth was compromised after then-redshirt junior Darrell Miller Jr. tore his labrum. The Bruins entered the season without a player who had ever caught in a Division I game, and got through the year with then-redshirt freshman Daniel Rosica and then-freshman Jake Hirabayashi.

Savage called this year’s roster much, much deeper behind the plate, citing Rosica’s return as well as the presence of Johns and freshmen Will McInerny and Ty Haselman. Johns went 1-for-2 with an RBI double at the alumni game.

“He’s a guy that we think is going to contribute with the bat who can catch and throw,” Savage said of Johns, who hit .351 with 16 home runs, 60 RBIs and 11 steals last year at the junior college level.