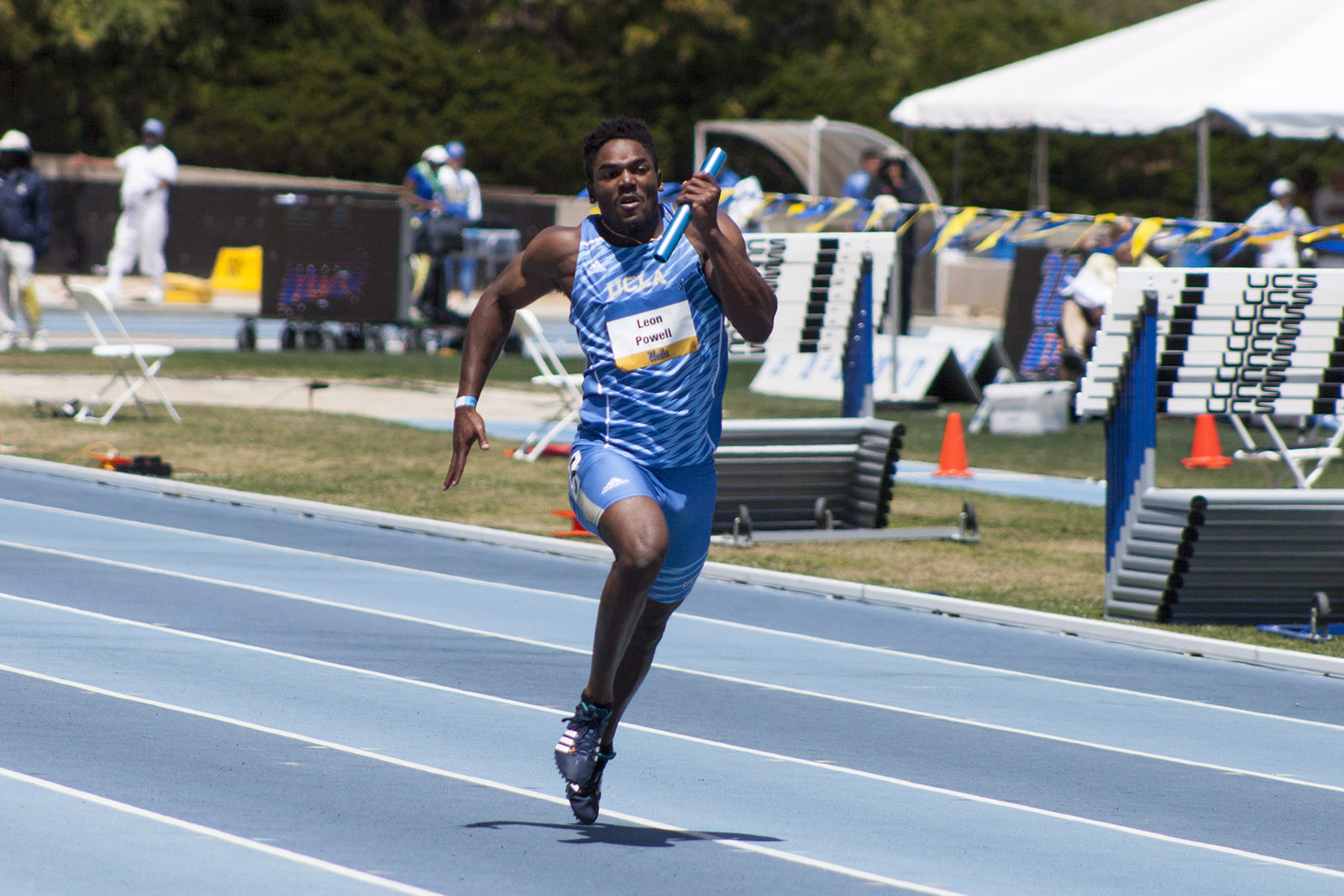 Sprinter Leon Powell ran identical times with sophomore Rai Benjamin in the 60-meter dash this weekend in New York, but the junior beat him out for third place. Even without its full track and field fleet, UCLA took third place as a team at the Columbia East/West Challenge. (Daily Bruin file photo)

Less than a third of the UCLA track and field team made the trip to the Columbia East-West Challenge this weekend.

But despite the lack of bodies on the track and going against stiff competition from Oregon, UCLA still locked up a third-place finish at the Armory Track and Field Center in New York.

It was thousands of miles away from Westwood, but for sophomore sprinter and New York native Rai Benjamin, the season-opener was a welcome homecoming.

“Just being back there was great,” Benjamin said. “Having my friends and family and past teammates there was just phenomenal.”

On Friday he posted a time of 6.72 seconds in the 60-meter dash, a race Benjamin usually does not run. However, his time was good enough for fourth place behind junior sprinter Leon Powell, who put up an identical time.

“I just want to go out and run to the best of my abilities,” Benjamin said. “It was mostly for fun for me, and a fast time came out of nowhere so I was quite happy with that.”

Benjamin also ran the men’s 200-meter dash, where he bested his previous indoor personal record with a time of 21.04. The time gave him third place, and was only two hundredths of a second off the second-place time from Oregon senior Kyree King.

Two other Bruins in the event would help UCLA take home three of the eight point-scoring positions. Junior sprinter Joe Herrera and Powell locked up the fifth and sixth finishing places, clocking in at 21.70 and 21.78, respectively.

Off the track, sophomore jumper Michael Burke got off to a flying start in his first-ever collegiate indoor meet. Burke broke the UCLA indoor high jump record on Saturday, reaching a height of 7 feet, 3 inches.

“I had no idea that I had done it until way after the meet,” Burke said. “But that was never my goal. My goal is to just come out and do the best I can at every meet.”

According to Burke, he struggled to get his approach down at first but now that everything is clicking for him, he feels like he will keep going higher.

Bruin shot putters put up first-place performances on both the men’s and women’s events. Redshirt sophomore Dotun Ogundeji threw a distance of 59-11.75 and senior Torie Owers posted a mark of 51-8.25.

In the women’s high jump Mikella Lefebvre-Oatis won her first collegiate meet with a mark of 5-8.75. Sophomore Lillianna Hebert came in just behind her with a height of 5-7.

Redshirt sophomore pole vaulter Greta Wagner and junior pole vaulter Elleyse Garrett were able to take both first and second place in the women’s pole vault with marks of 13-7.25 and 12-3.50, respectively.

“I was excited about it, and it was kind of where I was expecting to be,” Wagner said.

In total, UCLA had six first-place finishes on the weekend, and though it was only the first meet of the season, Burke already has his sights set on nationals.

“I feel like we have the potential to be some serious scorers at nationals, all the way through the entire program,” Burke said. “I think that would be a tremendous team goal.”