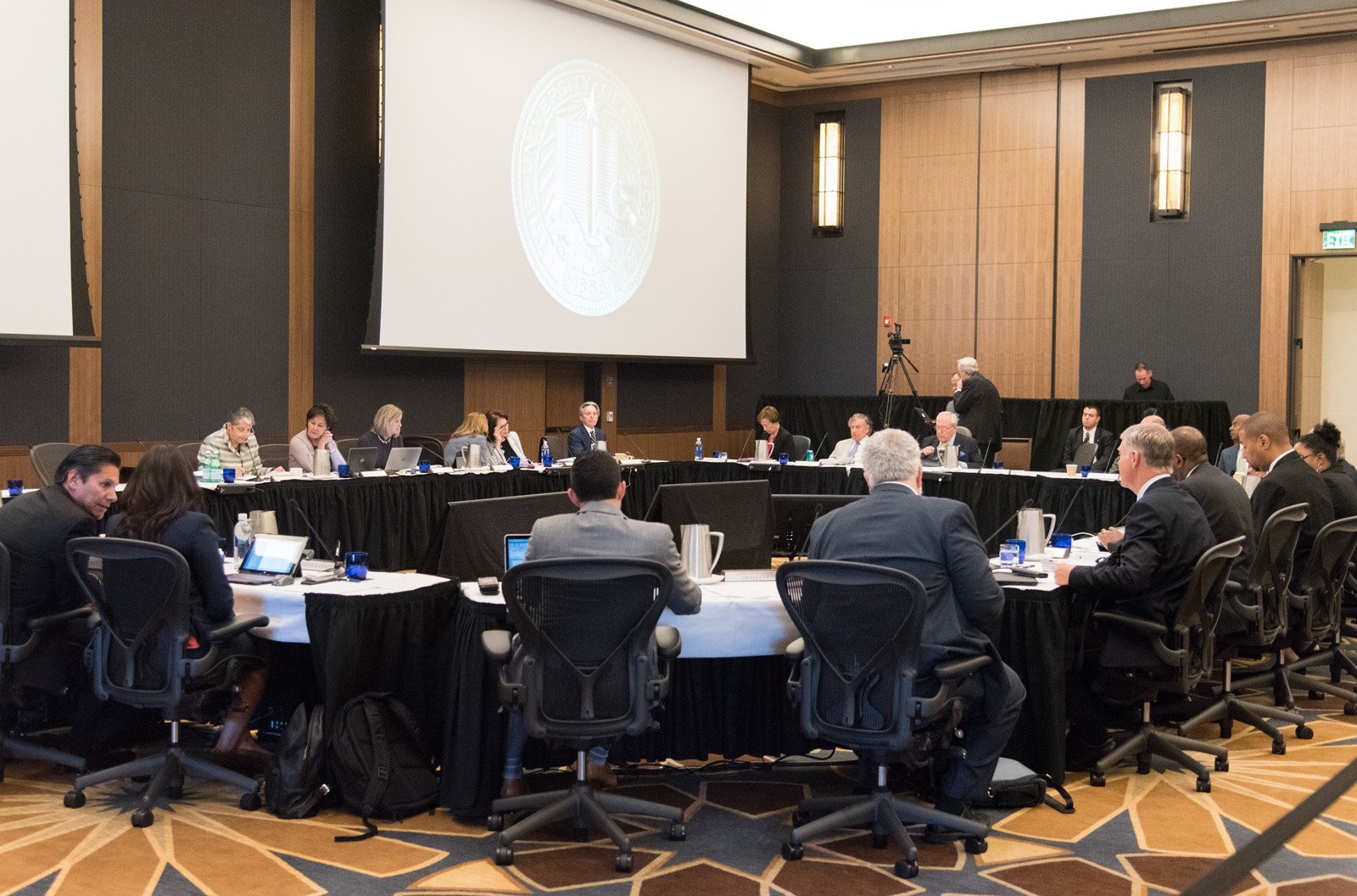 The University of California Board of Regents voted to increase tuition by about $300 at their January meeting at UC San Francisco. (Mackenzie Possee/Assistant Photo editor)

Students will have to pay $282 more in tuition after a vote by the governing board of the University of California.

The UC Board of Regents approved the 2.5 percent tuition increase, the first in six years, as part of the budget for next year at its bimonthly meeting Thursday at UC San Francisco. The budget also increases the student services fee by $54 and nonresident supplemental tuition by 5 percent, or $1,332.

This means that starting next year, students will have to pay $11,502 in tuition, $1,128 for the student services fee and other campus-specific fees.

He added financial aid will cover the increase for two-thirds of students. However, that number also includes students who receive funds from the Middle Class Scholarship, which Gov. Jerry Brown proposed phasing out in his January budget proposal.

Newsom said he laments the tuition increase and added he thinks it will give the state legislature an excuse to not increase funding for the UC.

Perez said he was disappointed more students did not attend the meeting to protest the tuition hike. UC Student Association President Ralph Washington Jr. gave a presentation to the regents on visiting campuses and state incarceration levels, but no protesters attended.

“It is incumbent upon us as regents to be more student-centric and hear the real life impacts of our decisions,” Perez said.

Regent Sherry Lansing said she thinks the University needs to work with the legislature to ensure that the Middle Class Scholarship continues.

“We really need to be better with our messaging to the legislature,” she said. “The reality is tough for many families.”

Other regents said they think there needs to be an effort to increase transparency on what the tuition increase revenue will fund.

Ramirez said she thinks the UC and campus administrators need to get more input from students on what each campus’ funding priorities are.

“Students have a genuine desire to be heard,” she said. “We want to work with you and have a say in how these funds are allocated.”