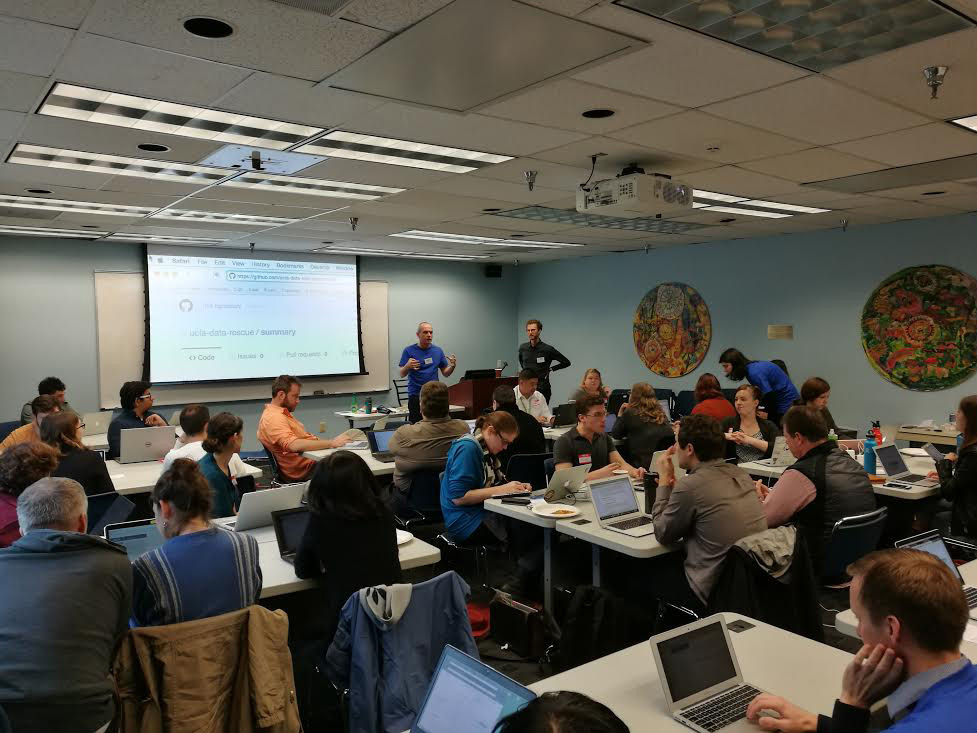 While President Donald Trump was being sworn into office Friday, a team of hackers and data scientists were already working to preserve government information that could disappear within hours.

“Whenever a new administration comes in, official documents change,” Paris said. “We see it all the time from archival evidence.”

Paris said climate change data is particularly vulnerable, because studies on climate change require long-term data collection that allows researchers to visualize patterns over time. She said she and others were worried the transition to the Trump presidency would cause climate change research to lose governmental funding, thus creating gaps in the data record.

Paris said Friday’s event was organized in coordination with the DataRefuge initiative at the University of Pennsylvania, one of the main coordinators of data rescue events. She said hackers worked together to archive web-pages that climate change experts had previously listed as useful or most at-risk in the Trump era. The pages were shuttled into the Internet Archive, a computerized library that compiles digital information for storage.

Irene Pasquetto, a graduate student in information studies and a co-organizer of UCLA’s data rescue event, said Friday’s hackathon began with a panel of speakers from different universities who spoke on the importance of preserving climate change data. Later, some attendees discussed future research agendas for data preservation, while others got to work downloading at-risk websites.

Jennifer Pierre, a grad student in information studies, said one of the primary goals of the so-called hackathon was to preserve data that is accessible to the general public, since they would otherwise have to access it from difficult-to-read research papers.

“Governmental websites present information in a publicly understandable way,” Pierre said. “The public really has to step up and be willing to state their alliance with it, especially because each individual scientist can only tackle so much.”

She added that though the hackers felt pressure to salvage the information, the hackathon was first and foremost about pushing for the maintenance of a greater knowledge database for researchers and the public to take advantage of in the future.

“Leading up to the event, there was the idea that there was a time crunch,” Pierre said. “But, a lot of people came in with hopeful attitudes ready to get something done. And a lot of the participants on their way out said they felt they had accomplished something, felt like they had a vision about how to contribute.”