Abhishek Shetty: Proposed reform of Prop 13 will not guarantee funds for the UC 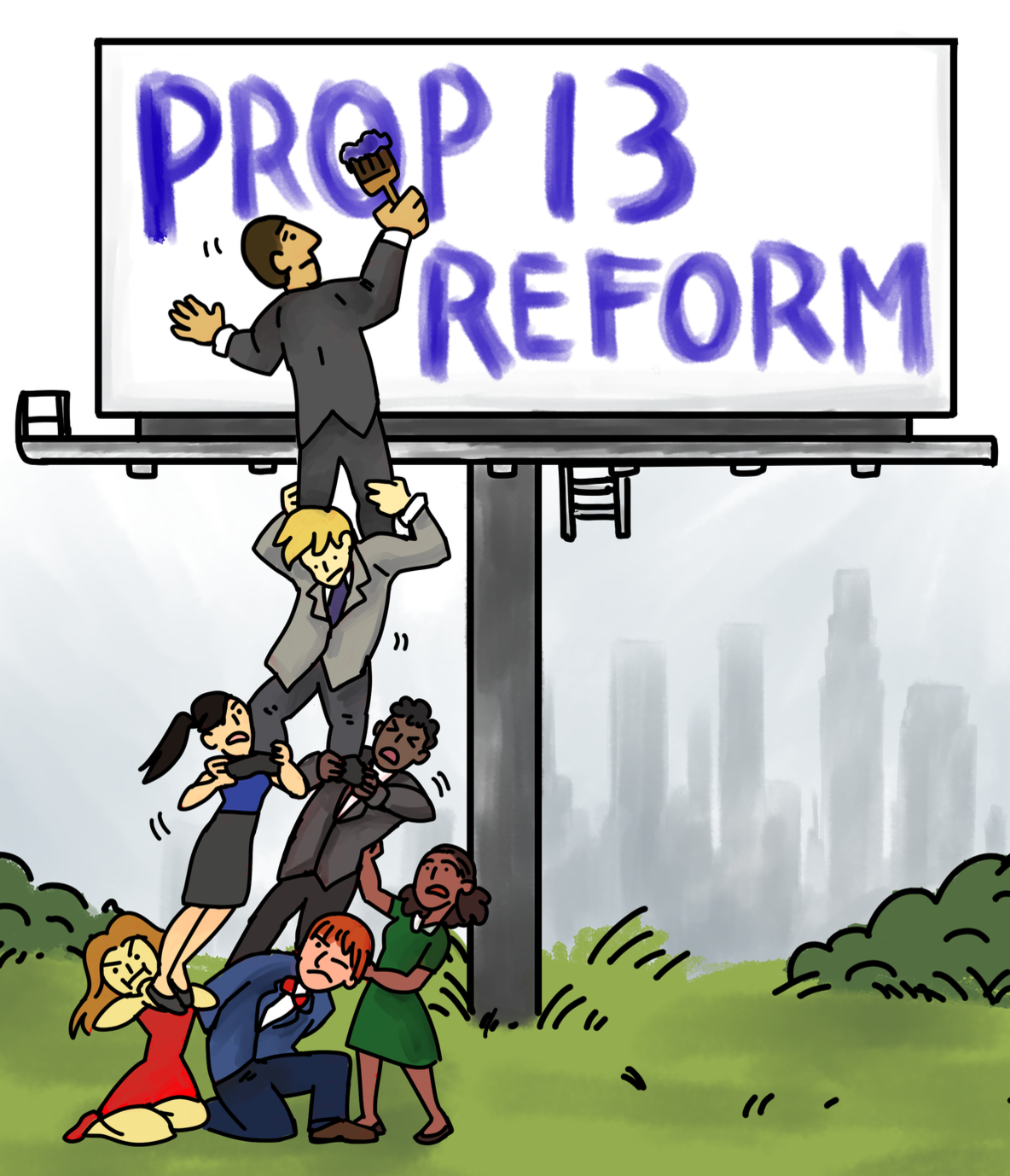 If you pick up a flyer on Bruin Walk from the external vice president’s office espousing how Proposition 13 reform would help avoid tuition hikes, remember to file it under fake news when you get home.

The University of California Students Association, as part of its fund the UC program, is aiming to instigate reform on Proposition 13. As part of the program, the Undergraduate Students Association Council’s EVP office is holding a two-day flyering event this week on Bruin Walk to educate students about Proposition 13, a proposition that limits the maximum tax on a property to 1 percent of its assessed value at the time it was bought, with additional growth adjustments made over time.

The problem is that even if Proposition 13 were reformed, there’s no guarantee that it would free up the general fund for UC allotments. Instead of looking to reform Proposition 13, UCSA should take a step back to remember where it came from: the UC. Bringing about reform in the vein of something like Proposition 98, which affects the general fund, would be more a more suitable avenue to pursue.

The final goal of UCSA is to partially repeal Proposition 13 through another ballot proposition. This repeal would apply only to commercial properties. And while this kind of reform is backed by a majority of voters and there are multiple groups aiming to get it onto the ballot, those groups have widely divergent goals from that of UCSA.

When I pointed out to Ralph Washington Jr., president of UCSA, that Proposition 13 affects local taxes, he explained back, incorrectly, that there are a number of ways property tax funds factor into the budget that affects how education is funded. “And so the assumption is this would be more tax money available, that could then be reassessed and distributed to appropriate uses in the state, one of which would be higher education,” said Washington Jr.

While he can be excused for not having a mastery of the tax code and budget, his assumption about how property taxes actually work is completely off. USAC EVP Rafi Sands echoed a similarly misguided sentiment on how the reform would rejuvenate the UC: “If Prop 13’s commercial property tax component were reformed, it would mean a substantial amount of money going to the state, that would be helping to fund institutions like the University of California,” he said.

The conventional wisdom among UCSA members appears to be that the state allocates the tax revenues among the local governments, as mentioned in the Proposition 13 text. However, Brian Uhler, a principal fiscal and policy analyst at the Legislative Analyst’s Office, pointed out that although the legislature can change the allocations, it generally hasn’t. The taxes are basically collected by local jurisdictions and go straight back to them.

One study estimates that a commercial property tax reform would generate between $8.2 billion to $10.2 billion in revenue. According to Uhler, only around half of that would be used to fund school districts, about $4.5 billion. However, this is strictly local funding and doesn’t go to the state budget. The state general fund, out of which the UC is allocated money, would remain the same.

The state government would have the option to decrease the funding made towards K-12 education. But California’s K-12 education system is languishing. It’s currently ranked 46th in the nation in spending per student. Even with the benefit of Proposition 98, schools are facing billions of dollars in cuts right now. In addition, various groups aiming for Proposition 13 reform, including one of which Sands’ office is working with, want the extra money to go to school funding. Considering how politically expedient it is to fund K-12 education, decreasing that funding seems unlikely.

UCSA might argue that overall, Proposition 13 reform would ease how much the state needs to allot to schools by $4.5 billion, thereby allowing money to be spent on all other parts of the budget, including the UC. But looking at the current state of California schools, reducing funding from the general fund would be politically infeasible and would hurt schools, even in the case of reform.

Furthermore, Proposition 98 constraints don’t allow for much room to ease down K-12 funding; the state even had to shift scheduled 2016-17 expenses into the next fiscal year. USAC and UCSA are wasting student fees by engaging in practices that would help California school districts like Pittsburg Unified solve its pension issues, instead of solving UC’s tuition problems. It’s clear that Proposition 98 plays a bigger role in deciding the UC’s allocation. In 2015, the chief financial officer of the UC said that UC might consider aiming for a Proposition 98-like guarantee that would keep the UC’s allocation stable. And that’s where the UCSA can come in.

As much as we all love children and as much as we would hate for Pittsburg Unified to have to deal with large cuts, UCSA should leave Proposition 13 reform to K-12 funding advocacy groups and focus on something more UC-related, such as a Proposition 98-like funding guarantee.