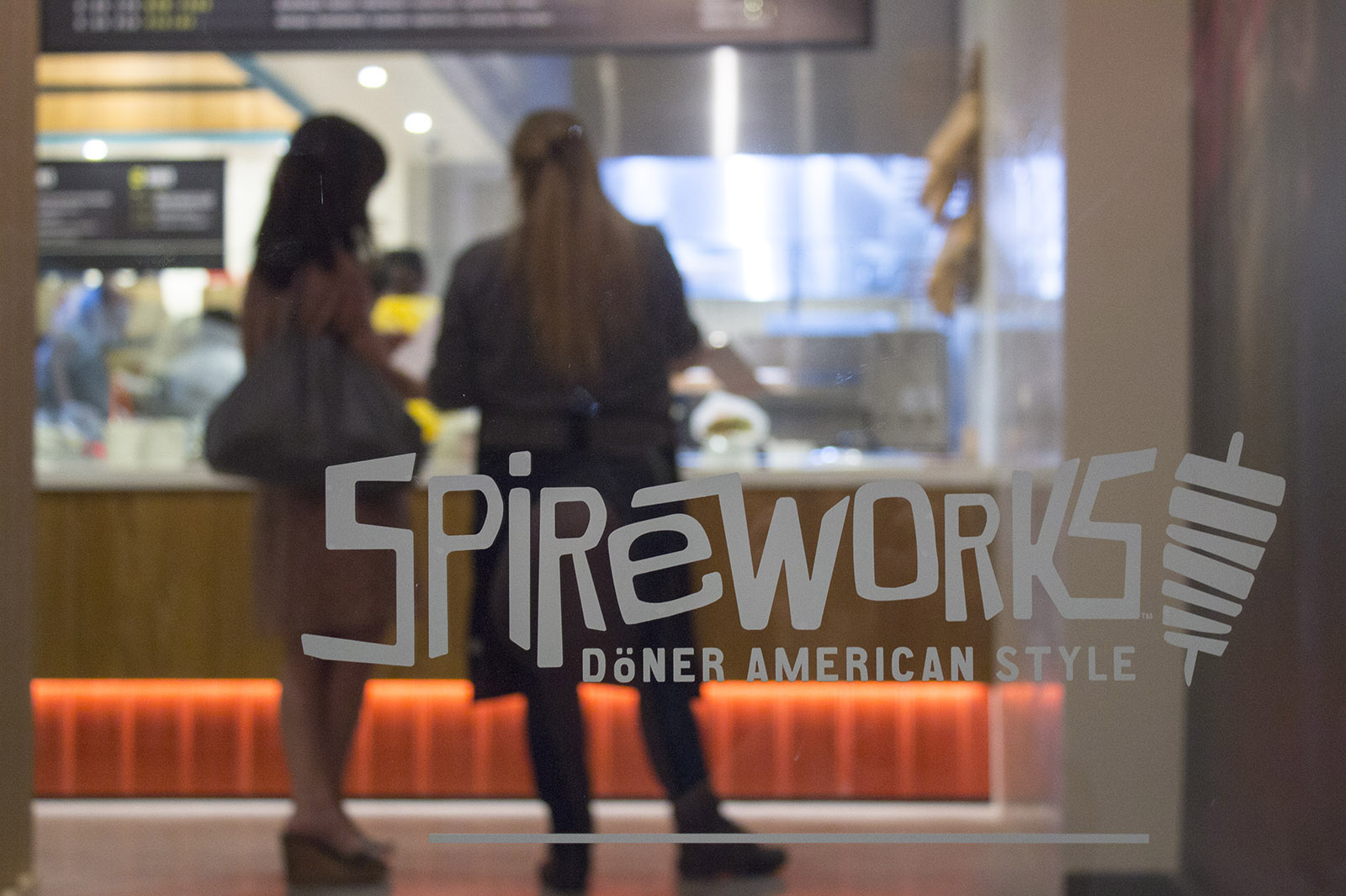 The Westwood Neighborhood Council originally recommended not allowing SpireWorks an alcohol permit, but then voted to allow it to sell beer and wine. (Alyssa Dorn/Daily Bruin staff)

If local workers want to get cocktails at happy hour after work, they have limited options in Westwood Village.

The Westwood Neighborhood Council, which advises the city on alcohol permit applications, imposes conditions on businesses’ alcohol sales because state guidelines restrict the number of businesses that can sell alcohol in the district.

Some say the rules, which often include banning hard liquor and happy hours, impede the growth of Westwood businesses.

Angus Beverly, the council’s student director, said he thinks fewer alcohol restrictions may generate economic growth in the Village, citing Culver City as an example of an area with many liquor licenses and thriving business.

“I am a firm believer that there are repercussions to regulating business,” Beverly said. “We have to be careful about creating a reputation for being nitpicky, because that will affect future business in the Village.”

Some council members said they are reluctant to support alcohol permits because the Village has an overconcentration of permits already.

“We are very hesitant to give full liquor to anyone we think should not be serving alcohol,” said Sandy Brown, the council’s vice president. “It’s a big responsibility. You need to show that you know how to manage what you are asking for.”

Business owners must apply for a California state liquor license and a city of Los Angeles conditional use permit through the Department of Alcoholic Beverage Control.

“Although the council is strictly advisory, it carries a lot of weight,” Beverly said. “Nine times out of ten, the city follows our recommendation.”

Brown said the LUPC does not have a list of criteria businesses must fulfill to receive a permit. The committee visits the restaurant and considers its business plan, menu, location, size of the space, hours of operation and history of the establishment and owner.

SpireWorks, a doner kebab restaurant on Broxton Avenue, received its beer and wine permit last year despite the LUPC’s recommendation to oppose it. LUPC chair Connie Boukidis moved to oppose SpireWorks’ application in its July meeting, but the council voted to defeat the motion. Boukidis could not be reached for comment as to why she opposed the motion.

Amir Rahimi, owner of D1 Café, a Mediterranean-Italian fusion restaurant that will open in March, applied for a full liquor license in October and is waiting for the city’s response. The neighborhood council originally supported the restaurant’s full alcohol permit application in November, but reversed its decision at its December meeting.

“He has never had a liquor license before, and he did not understand English,” Brown said. “We were concerned about that because it is his first experience selling alcohol.”

Council members believed he did not understand the responsibilities of selling alcohol close to a primary school, she said.

Shirin Shojapour, project manager at D1 Café, said Rahimi is an Iranian immigrant who has eight successful restaurants in Iran.

“I find it unfortunate and distasteful that a business owner’s language barrier is deemed reflective of his intelligence, ability to process information or ability to run a business,” she said.

Shojapour added the restaurant’s employees, who include a fully licensed bartender, will all be English-speaking, as is Rahimi’s wife and business partner.

The council recommended that Rahimi amend his application to a beer and wine permit only. However, since the hearing with the zoning administrator had already taken place, Shojapour said he would have to withdraw his existing application and reapply for a beer and wine permit, incurring up to $25,000 in fees. Rahimi decided to pursue his existing application for a full liquor license and is waiting for the city council’s final decision.

Miguel Anaya, owner of Pinches Tacos, a Mexican restaurant on Glendon Avenue, applied for a beer and wine permit two months ago and is waiting for the ABC’s verdict.

Anaya said many customers from the area have warned him that acquiring a permit is a difficult process in the Village.

“I think it is an unfair process because we are not trying to do anything illegal,” he said. “We are just trying to run a business, and there are much more important things to focus on.”

Another notable alcohol permit debate was CityTarget’s 2012 request for a license to sell liquor for off-site consumption. Brown said the council opposed the supermarket’s license request because Rite Aid, Ralph’s and Trader Joe’s already sold alcohol in nearby locations.

Target responded by asserting its business model involved offering customers the convenience of having everything in one place, said Andrew Thomas, executive director of the Westwood Village Improvement Association. He added the battle likely cost Target a million dollars. After a yearlong conflict with the neighborhood council, the city council unanimously approved CityTarget’s liquor license in August 2013.

Thomas said he thinks other districts in Los Angeles do not make it difficult for businesses to receive alcohol permits.

“There is a feeling that is perpetuated that alcohol is a problem,” Thomas said. “But I think it’s fiction that serving alcohol at these restaurants is going to lead to debauchery in Westwood.”