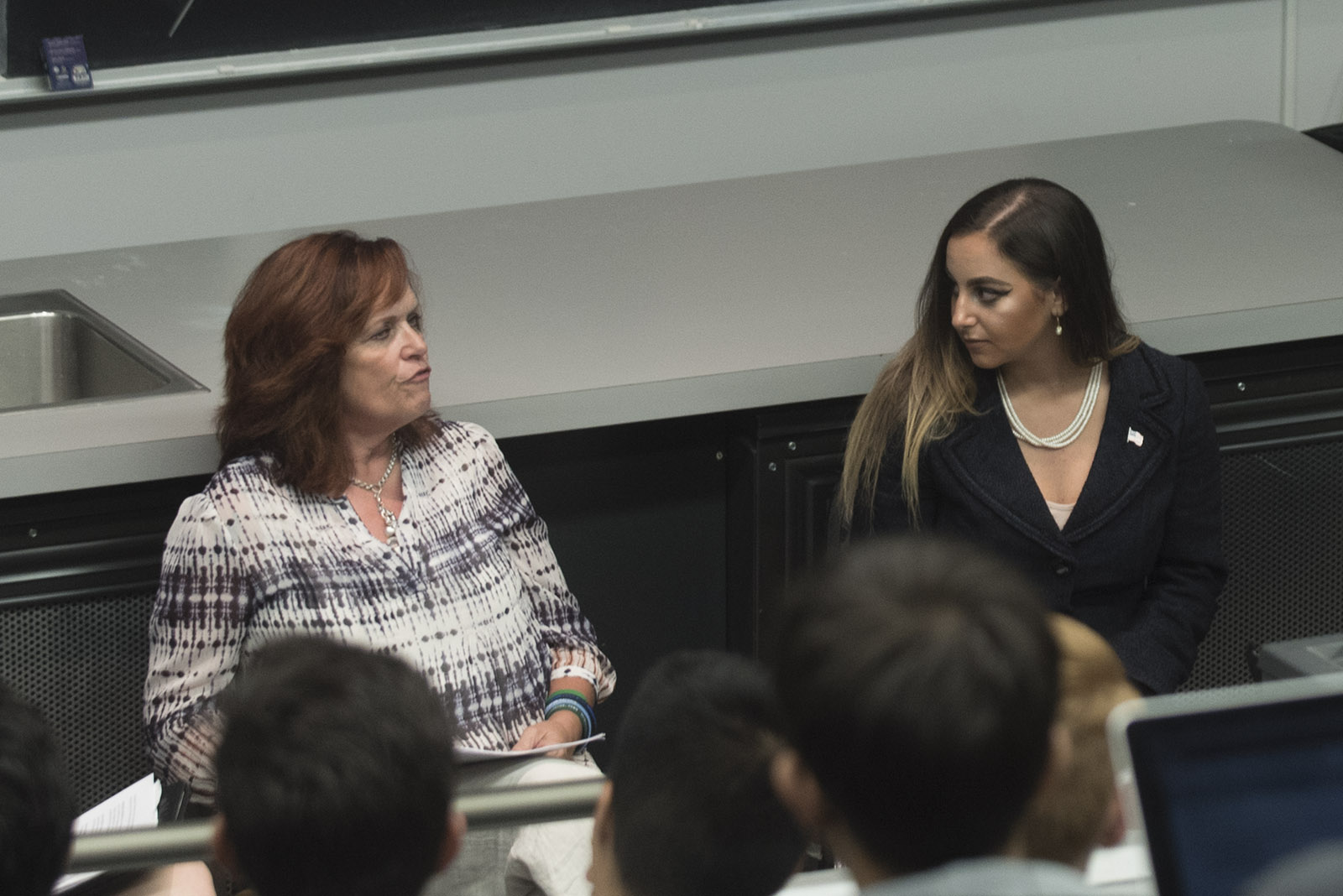 Haley Nieves was putting up posters for a Bruin Republicans event last spring when two female students confronted her, tearing down the posters and shouting in her face.

Shaken, she waited until they left to start putting the posters up again.

“Then one of the same students approached me once more and pinned me against the wall and tore the posters from behind my face,” said Nieves, a third-year political science and international development studies student.

Nieves, the outreach director for Bruin Republicans, said she thinks politically conservative students, especially those who are outspoken, are often the minority on college campuses and face discrimination as a result. Nieves has garnered national attention for her political stances before. Most notably, she and others held signs decrying transgender bathroom use in May 2016 at University of California, Santa Barbara.

“There have definitely been times on campus where I’ve felt attacked for my beliefs,” Nieves said. “I’ve been followed around campus and back to my apartment before by individuals who were shouting at me and calling me racist.”

She said she thinks many conservative students are afraid to speak out because they fear their grades or admissions may be penalized or they won’t be accepted among friends.

Michael Bezoian, a 2016 UCLA alumnus, said he would change his beliefs on essays to reflect more liberal views because he feared the repercussions otherwise.

“A lot of professors speak out against views I hold,” said Bezoian, former issues director of Bruin Republicans. “A lot of times I have to change my views in my papers to fit my professors’ views.”

He added most of his friends either have similar values or are tolerant of his conservative beliefs. In the past, it has sometimes been difficult for Bezoian to maintain friendships with people who are on the opposite end of the political spectrum.

“Freshman year, I told a friend my views about the George Zimmerman-Trayvon Martin case, and then she was no longer my friend because she thought I was wrong and racist,” Bezoian said.

Some conservative students said their time at UCLA has helped to solidify their beliefs rather than deter them.

Nieves said activism has become more of a priority during college. Nieves’ views shifted from liberal to conservative when she was 16 because of personal influences, and she felt more strongly about her beliefs in limited government, free markets and individual liberties.

She said the intolerance she has experienced as a conservative student and as a member of Bruin Republicans has helped strengthen her traditional values.

“I see these individuals that claim to be for tolerance and for the diversity of opinions and freedom of expression, however their actions run completely contrary to those same values that they espouse,” Nieves said.

Madelyn Gehrich, a first-year economics student, describes herself as a moderate conservative, but she is still worried about what kind of assumptions her classmates will make about her if she voices her opinions.

“I think at UCLA, people just kind of assume that you’re fairly liberal,” Gehrich said. “So in my classes, I’ll have a small class setting where people will make a joke about conservatives and everyone laughs. … I don’t want people’s opinion of me to be changed based on what I believe, so I just kind of stay quiet about it.”

Gehrich said she is not very forthcoming about her beliefs in casual conversations, especially when the election comes up. However, things are different at home.

“Both of my parents are conservative, but my sister is liberal,” Gehrich said. “We can have pretty calm conversations about politics. I don’t feel any heat whatsoever in those. We can just have a rational conversation about beliefs and opinions and it’s not like an argument type format; it’s just, ‘What do you believe and why?'”

She said people who know her well at UCLA have been accepting, including her roommates, who are both liberal. Gehrich does not feel like she needs to explain her entire political ideology to those who aren’t close to her for them to understand who she is.

She added it hurts when people make sweeping generalizations and assign negative labels to all conservatives because it feels like a personal attack on her character based on her ballot choices.

“I don’t think someone would come up to me specifically and say, … ‘You’re a misogynistic racist who is uneducated about politics,'” Gehrich said. “People feel comfortable saying those things in a broad outlet because they’re not targeting a specific person, but those people who do tend to hold conservative beliefs do feel that very personally.”

Nieves said she is unsure how the political climate will change at UCLA after Trump takes office this week.

“As Donald Trump does begin to enact a lot of the policies that he has campaigned on, individuals may get more impassioned and polarized and begin to take that out on his supporters on campus,” Nieves said. “So we may see an uptick in discrimination against Trump supporters or conservatives in general on campus as we have since the election.”