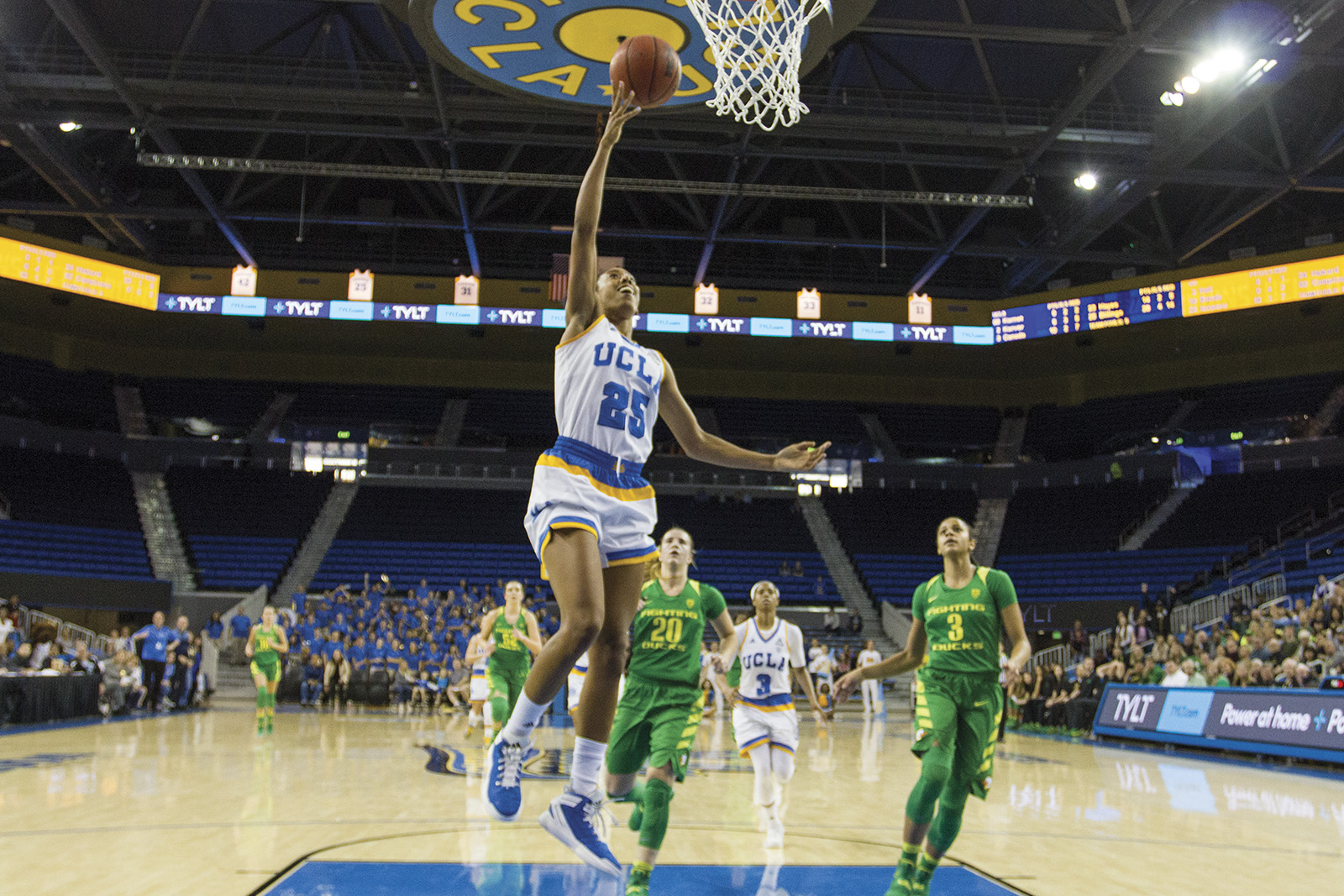 The women’s basketball team’s first game against USC this season only briefly looked like a competitive rivalry.

In what would eventually be a 74-59 win for the Bruins (14-4, 5-2 Pac-12), the Trojans (10-8, 1-6) came out in the first quarter playing tough basketball. They forced turnovers and made the Bruins play outside of their general offensive sets.

USC, decimated by injuries and having lost five straight games, looked hungry for the upset. With a back-and-forth start to the game, the Trojans were up 14-13 at the end of the first quarter.

Then the second quarter happened.

The Bruins’ shots started falling in from everywhere. Redshirt senior guard Kari Korver made two 3s, junior guard Jordin Canada weaved in and out through the Bruin defense, scanning the floor for the open player, and junior forward Monique Billings finished the half with 14 points.

The team crashed to the basket on every miss, and finished the game with 17 offensive rebounds.

“(We have to) get the ball inside and hunt the paint,” said coach Cori Close at halftime. “You know it’s so easy versus their zone when we swing the ball to settle for the first open jumper. We have to really hunt for the paint.”

In the second half the Bruins continued to punish the Trojans inside.

Billings, who had a career high in scoring only four days earlier, finished the night with 28 points and 11 rebounds on 11 of 15 shooting and sat most of the fourth quarter with the Bruins leading comfortably.

The Trojans didn’t have an answer for her – even when Billings wasn’t scoring in the paint, she was running the floor on fast breaks and finishing layups.

Though the Trojans were playing without their top rebounder, Billings maintained the aggressiveness that has made her the conference’s fourth leading scorer.

Canada, the conference’s leader in assists, finished the night with six assists and 15 points. Korver and sophomore guard Kennedy Burke also contributed with nine points each.

The win was the Bruins’ third straight, and they will play the Trojans again Sunday in Pauley Pavilion, where they are on a 14-game conference winning streak.

Two weeks ago the Bruins had lost two straight games in Washington. Close said that she didn’t know why they hadn’t come mentally prepared.

After their three game winning streak, it looks like they may have figured it out.