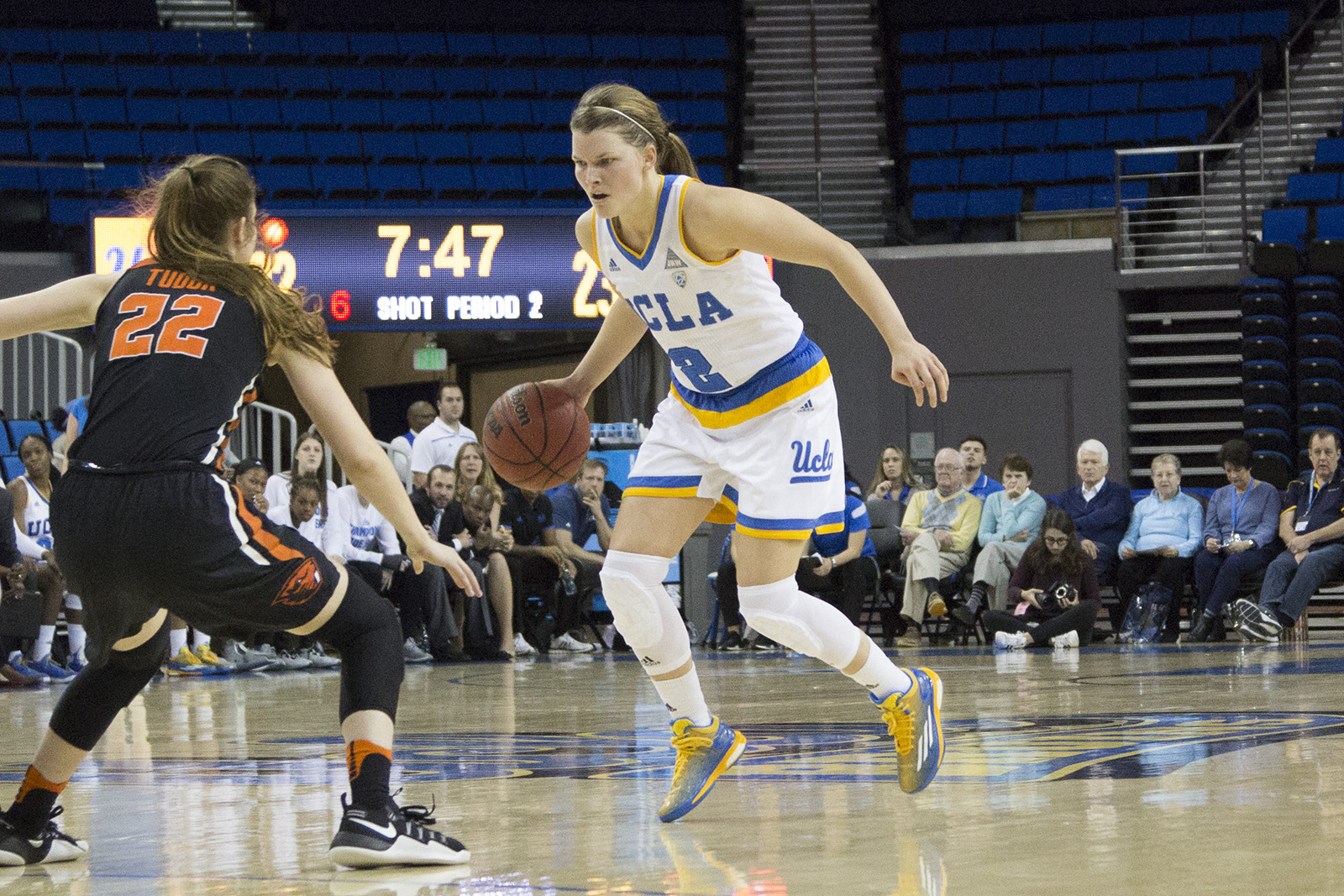 The UCLA women’s basketball team picked up one of its most impressive win of the season Friday night.

Throughout the game, the Bruins only turned the ball over five times, shot 16 out of 20 from the free throw line, and had 10 steals.

However, UCLA struggled to find any sign of offense through the first three frames, including a nine-point third quarter that ended with a buzzer-beating 3 by senior guard Nicole Kornet.

In the fourth quarter, the Bruins turned things around. Led by junior guard Jordin Canada and senior guard Kari Korver, UCLA shut down Oregon State on both sides of the ball, outscoring them 25-10.

Korver played all 40 minutes Friday night, mostly because of her grit and competitive nature on the defensive end.

“(Kari Korver) is just so solid,” said coach Cori Close. “I think she was making great decisions … and she rotated on a lot of those drives. Kari has so much heart and she hates to lose more than anybody I’ve ever met.”

Korver set the tone on the defensive end all night and Canada was right there by her side.

Canada held Oregon State’s standout senior guard Sydney Wiese to just two of 12 shooting from the field including zero of 7 from inside the 3-point line. Wiese finished with just six points, over 10 points below her season average of 16.3 points per game.

Canada continues to rise to the occasion in big moments on both sides of the ball this season, something that will bode well for the Bruins come March.

The battle between Canada and Wiese on Friday night was also another representation of the talent and competition coming out of the Pac-12 this season.

The Beavers were the final undefeated team in the conference – meaning there are no remaining unbeatens in the Pac-12 just five games into conference play.

Oregon State coach Scott Rueck summed it up best following the game saying, “Any team can beat any team on any given night. That’s a fact.”

The Bruins’ next matchup is at home against the Oregon Ducks on Sunday afternoon.