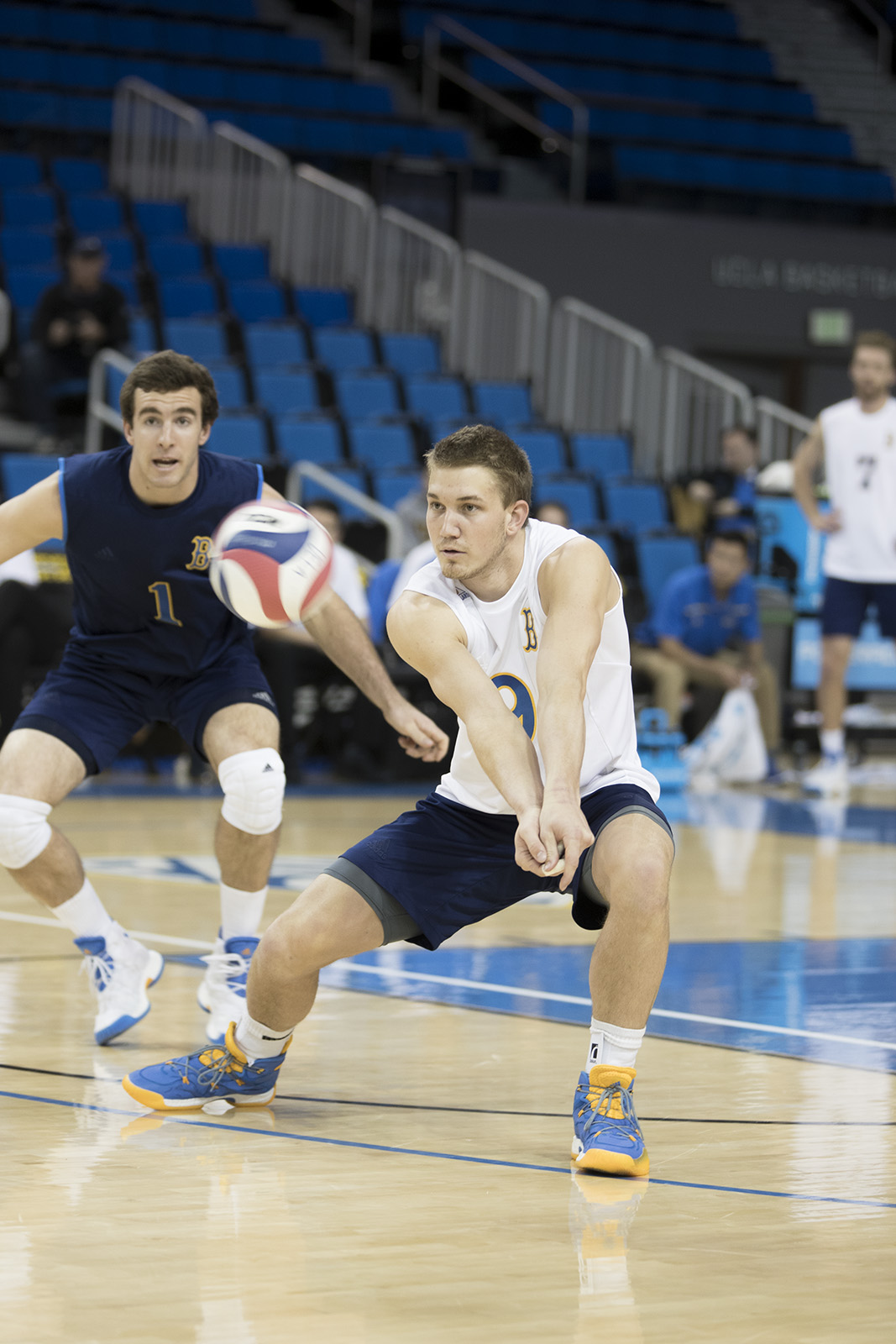 UCLA has been focusing on serving in practice this week, and that was evident this Saturday.

The Bruins notched seven aces in the second set alone, to tie the UCLA record for aces in a set.

“We’ve definitely been working a lot on our serves, making it more so we feel the pressure in practice,” said junior opposite Christian Hessenauer. “I think that translates better to the game than just going up and hitting the ball.”

The Bruins began the match with four consecutive kills and continued to dominate offensively through the match. UCLA hit .557 – with only five errors – while UCSD hit .031. The Bruins nearly doubled the Tritons’ number of kills, yet had fewer hitting attempts.

Although he only played twice through the front row, Hessenauer tallied six kills off the bench, good for third on the team behind nine each from junior outside hitters Jake Arnitz and JT Hatch.

“Tonight (Hessenauer) proved that he can play out here,” said coach John Speraw. “He’s such a great teammate and so when they had the opportunity, the setters set him.”

Gyimah’s 12-foot-4-inch reach can make him a unique challenge for the opposing team’s blockers. Speraw said that blockers have to come into the middle of the net to have a chance at stopping Gyimah, giving the outside hitters a lot of room to hit.

Speraw also used Gyimah to improve the effectiveness of the bic, a low and fast back row set.

“Well, we usually utilize (the bic) quite a bit, but it hasn’t been connecting that well,” Speraw said. “I think today our setters were pretty focused on trying to improve the bic so you saw a lot of bic behind Daenan, so obviously (the blockers) have to jump and they’re on their way down and the outside hitter has some room straight ahead.”

While it can be difficult to maintain a high level of play against a lower caliber team, especially on a night with low fan turnout, Arnitz said that he thought the Bruins did a good job of bringing their own energy to the game.

UCLA has opened the season with four sweeps in five matches, but Speraw said that he sees aspects of the game where the team needs to improve.

“They know they’re not the best team in the country right now, but that’s their goal,” Speraw said. “In order to become the best we’re going to have to increase our standards in how we train and play the game, and I feel like the guys are into that.”