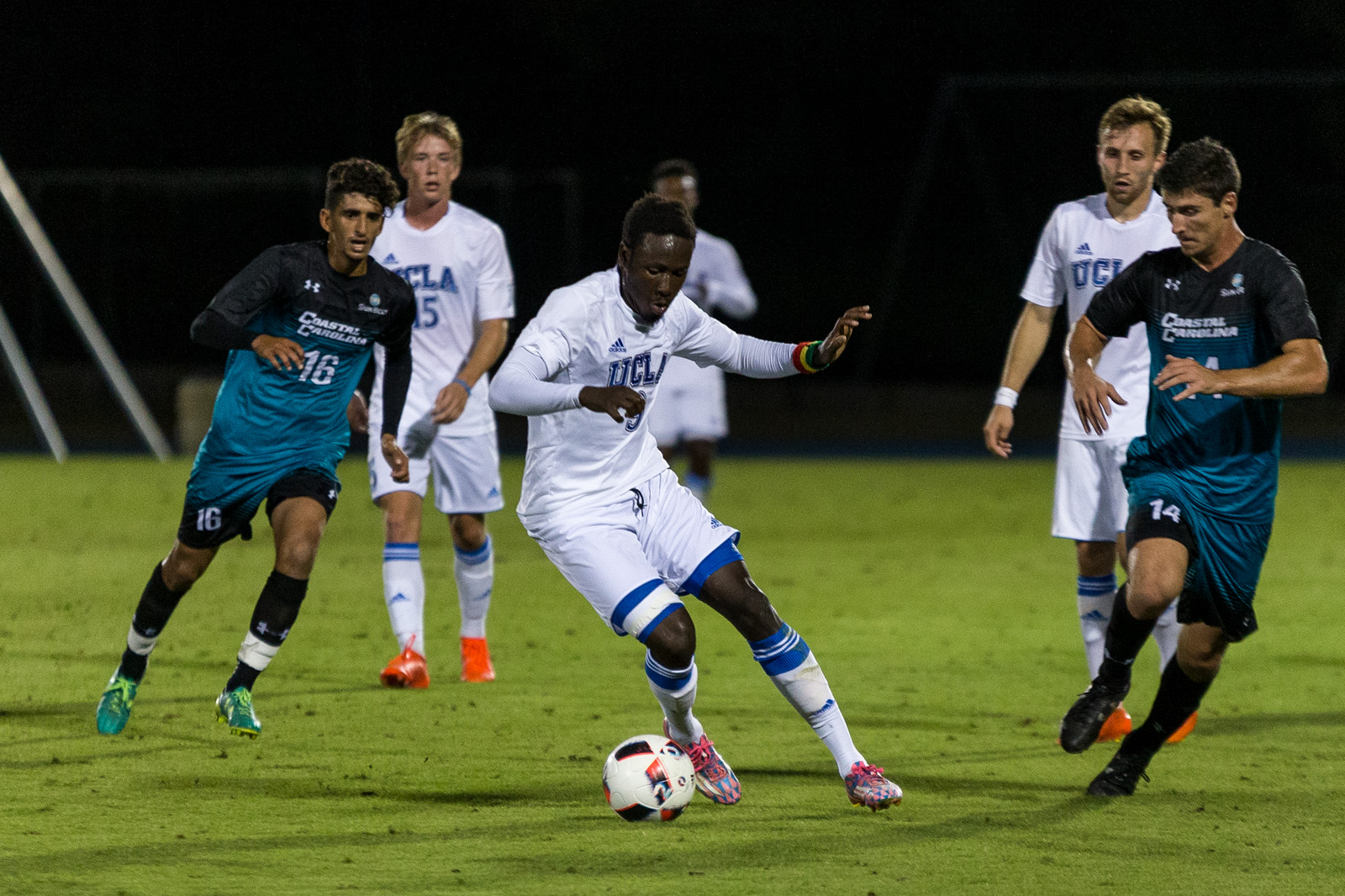 Generation adidas class forward Abu Danladi was the top pick in the 2017 MLS SuperDraft. Danladi will be heading off to play with the Minnesota United. (Aubrey Yeo/Daily Bruin senior staff)

When it comes to professional soccer, UCLA is a pipeline.

The Bruins have sent 61 players on to Major League Soccer, the most of any school in the nation.

They’re also No. 1 in draft selections – UCLA has had 71 players drafted, followed by North Carolina with 46. And in regards to the first overall pick, Westwood added one more No. 1 overall selection earlier today to remain on top with five in history.

In the first SuperDraft pick, the Minnesota United drafted Danladi No. 1 overall. Danladi was the top scorer for the Bruins in a season shortened by injury.

Danladi would go on to thank his family, the MLS and UCLA. His family, however, was not able to make it from Ghana to the draft.

Yueill would not be far behind. The defender was swept up by the San Jose Earthquakes in the number six slot, as the first midfielder chosen in 2017.