Chemistry between new stars and veterans key for men’s basketball 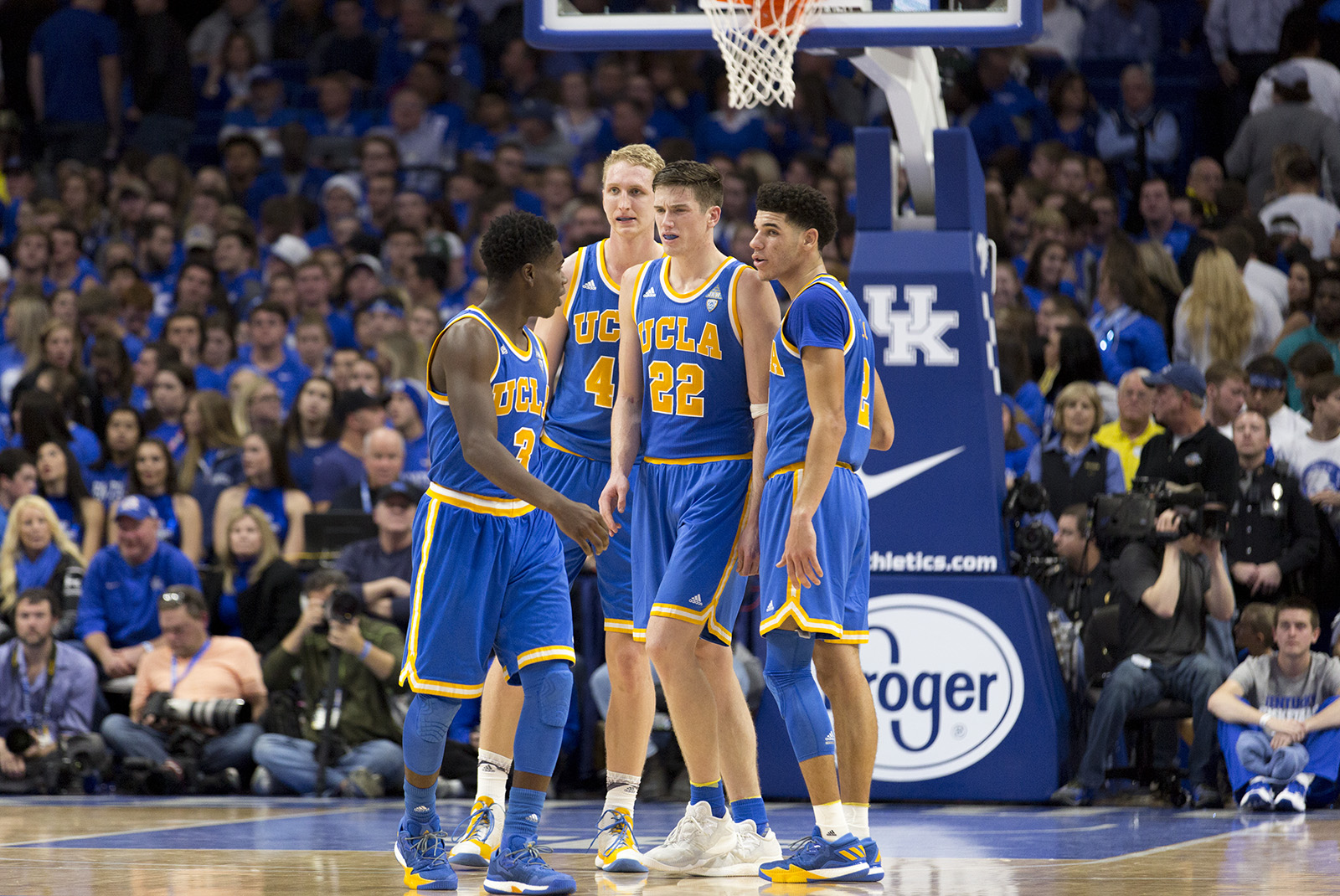 UCLA has risen up the rankings and has a 16-1 record behind the play of not only freshmen TJ Leaf and Lonzo Ball, but also veterans like Aaron Holiday and Bryce Alford. (Michael Zshornack/Assistant photo editor)

UCLA has yet to sweep a conference road series under coach Steve Alford’s tenure, splitting games at Oregon and Oregon State in December.

“Any time you go against experience, that’s a challenge,” said senior guard Bryce Alford. “(Ball and Leaf) played their share of guys that have been talented freshmen or guys that have experience. To those guys, it doesn’t matter who they’re going against. They’re just going to play their best.”

Part of it is mentality.

“Every game is tough,” Ball said. “You’ve just got to go in there focused. Obviously (experienced players) know the game, but everybody on the court knows how to play. I look at everybody the same.”

But for all the success Ball and Leaf have had – leading the conference in assists and field goal percentage respectively – part of what they’ve been able to do for UCLA basketball stems from the team’s own veteran group.

Ball and Leaf’s play successfully elevates their teammates who in turn run the offense and the playmaking through the freshmen.

[Related: Li for 3: Lonzo Ball is the force turning UCLA men’s basketball around]

Alford is right behind Leaf in points per game, averaging 16.8 points and shooting 45 percent from 3-point range.

Sophomore guard Aaron Holiday, who comes off the bench as part of the team’s four-guard lineup, is second on the team in assists and steals – 4.5 and 1.4 – just behind Ball.

“The imprint (Ball and Leaf) put on their high schools in winning, they brought the same imprint here,” Steve Alford said. “If the vets wouldn’t have welcomed (the freshmen), this thing wouldn’t be working either. It’s 50-50 when you talk about chemistry. The guys that were here last year have done a good job and the new guys have come in and done a good job in the area of chemistry.”

Colorado, which starts four seniors and a redshirt junior, will host Ball, Leaf and the rest of UCLA on Thursday night. The Buffs are looking for their first conference win while the Bruins are looking for that first road sweep in four years.