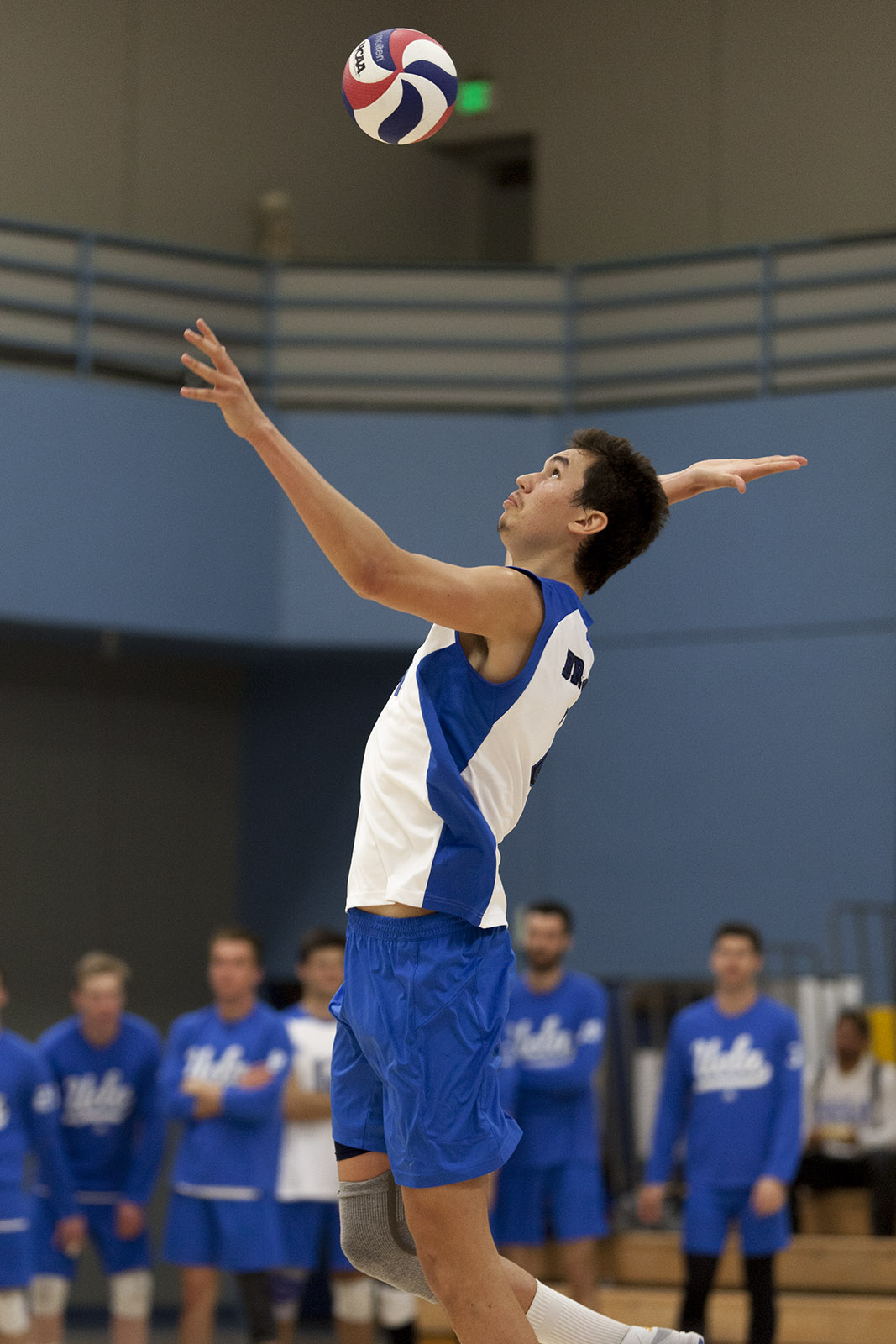 With all of its starters back in action along with some standout new players, the UCLA men’s volleyball team is bolstered by many assets this season.

The problem, however, is that everyone else is, too.

“Long Beach, Ohio State and BYU also return basically everybody,” said coach John Speraw. “I think the top end of volleyball is going to be better. There’ve been some teams that have really made some strides and some teams that are at the top that haven’t changed at all.”

Speraw mentioned that conference foes like Stanford, UC Irvine and the University of Hawai’i have all shown noticeable improvements since last year. On their side of the net, the Bruins are aware of many areas of their game that still need work, since they are running the same offense as last year.

“There’s so much room where we need to improve and I think that’s good, it’s healthy. We’re certainly not close to being capped out, nor would you want to be at this point,” Speraw said. “We’re not a finished product.”

UCLA has been able to work on its weaknesses that were displayed during the loss to Ohio State last weekend. The team emphasized drills in serving and serve-receive in practice, as well as sharpening other areas of their game.

“We have a really deep team so it helps a lot just playing each other,” said redshirt junior Oliver Martin. “We’re competing with each other so it’s a constant battle even in the gym. It’s just like playing any other team, so that really helps a lot.”

There are a few notable changes since last season, though.

Freshman Daenan Gyimah joins upperclassmen Mitch Stahl, Eric Sprague and Oliver Martin at the net, rounding out a group of experienced middle blockers. The rookie saw playing time over the weekend, collecting 10 kills and five blocks in the win against Penn State.

Speraw said that Gyimah is a unique physical talent who requires a significantly different set, has a reach of 12 feet 4 inches and presents a challenging match up for the other side of the net.

Sophomore setter Micah Ma’a said that the set for Gyimah’s vertical reach is harder to execute, especially off the net.

“It’s just a rep thing,” Ma’a said. “It’s a different set for sure, but we’ve only been working with (Gyimah) for a little bit. After about a month or two months, it’ll be a normal set for us.”

With players like Gyimah, Ma’a and sophomore outside hitter Dylan Missry, UCLA can look forward to future seasons that the young talent on the squad will dictate.

“I feel like we’re in a position where we can contend now every year,” Speraw said. “Obviously we have some really good leadership from Michael Fisher and Mitch Stahl and Hagen Smith. But I think you look at some of the younger guys and you can see that it’s there with Micah and Dylan as well.”

The Bruins will need standout leaders in order to face teams from other conferences, which have made the shot at a title increasingly tougher. In the past three years, the Midwestern Intercollegiate Volleyball Association has dominated the NCAA Championship banner, with Ohio State taking 2016 and Loyola Chicago the two consecutive years before that.

Speraw said he is hopeful that tough Mountain Pacific Sports Federation competition will prepare the conference’s teams to handle teams from the East Coast and Midwest.

“We have more competition that’s better trained out there, and more talent. So we’re going to have to continue to push ourselves and our conference,” Speraw said. “Hopefully we’ll be able to be that team. But there’s a lot of really, really good teams this year.”