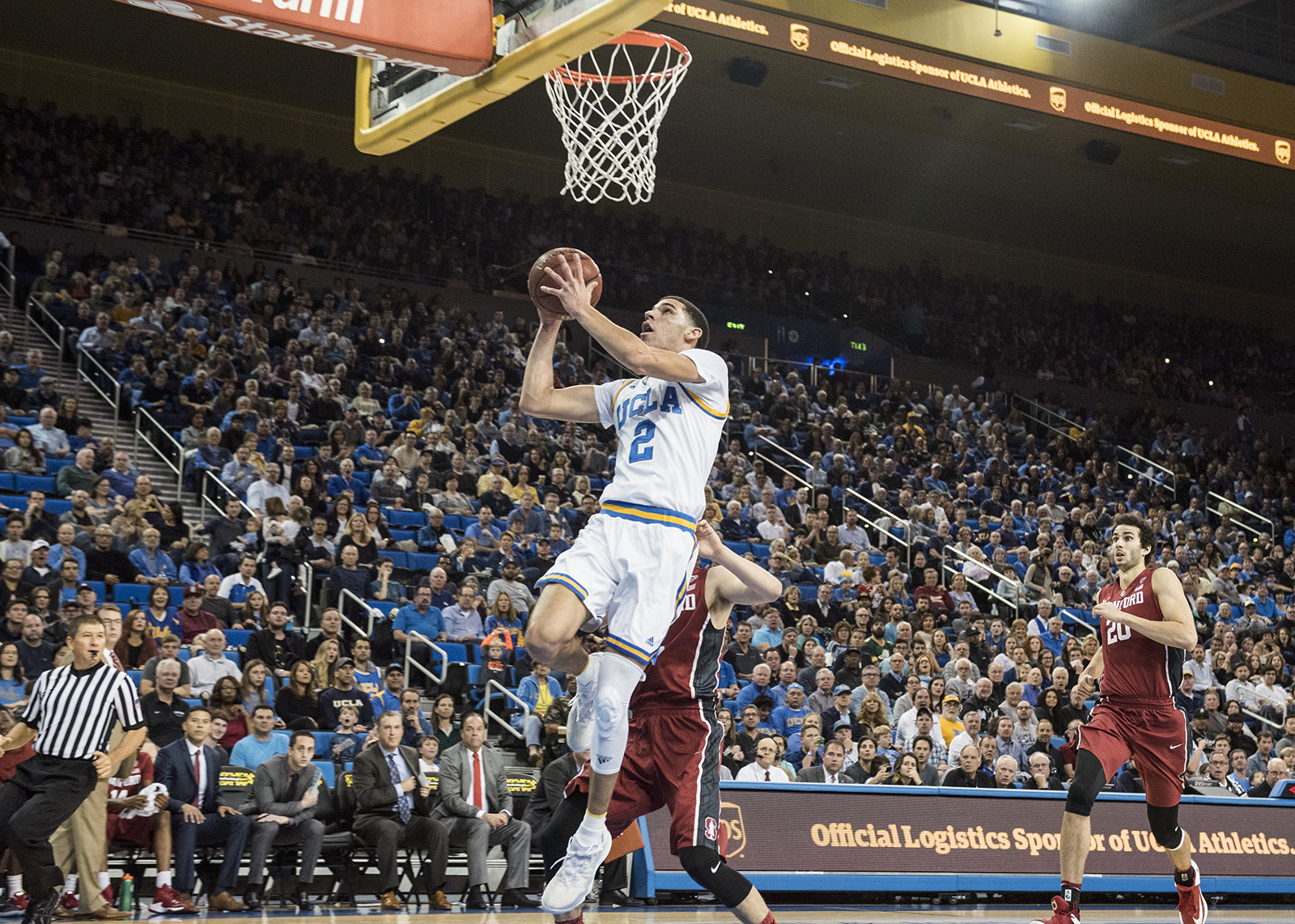 Freshman guard Lonzo Ball gets it done on both sides of the court with 15 points as well as three steals and a block in a dominant first-half performance against Stanford. (Miriam Bribiesca/Photo editor)

By now, it’s becoming routine to see the freshman guard helm the dynamic No. 4 UCLA offense.

Against the Stanford Cardinal (8-7, 0-3 Pac-12), Ball’s dialed-in first-half performance along with a suffocating Bruin defense give the Bruins a 48-30 lead heading into halftime. UCLA (15-1, 2-1) held Stanford to just 36.1 percent shooting from the field.

Ball finished the half with 15 points, three assists, two rebounds, three steals and a block. He also energized the sold-out Pauley Pavilion crowd with a couple of highlight plays including a alley-oop jam off the lob from sophomore guard Aaron Holiday.

In the midst of a three-game shooting slump, senior guard Isaac Hamilton found his footing a little bit, shooting 4-of-9 from the field for nine points.

The Bruins’ zippy ball movement led to 19 made field goals on 15 assists while hitting 57.1 percent of their 3-pointers and 52.8 percent from the field.