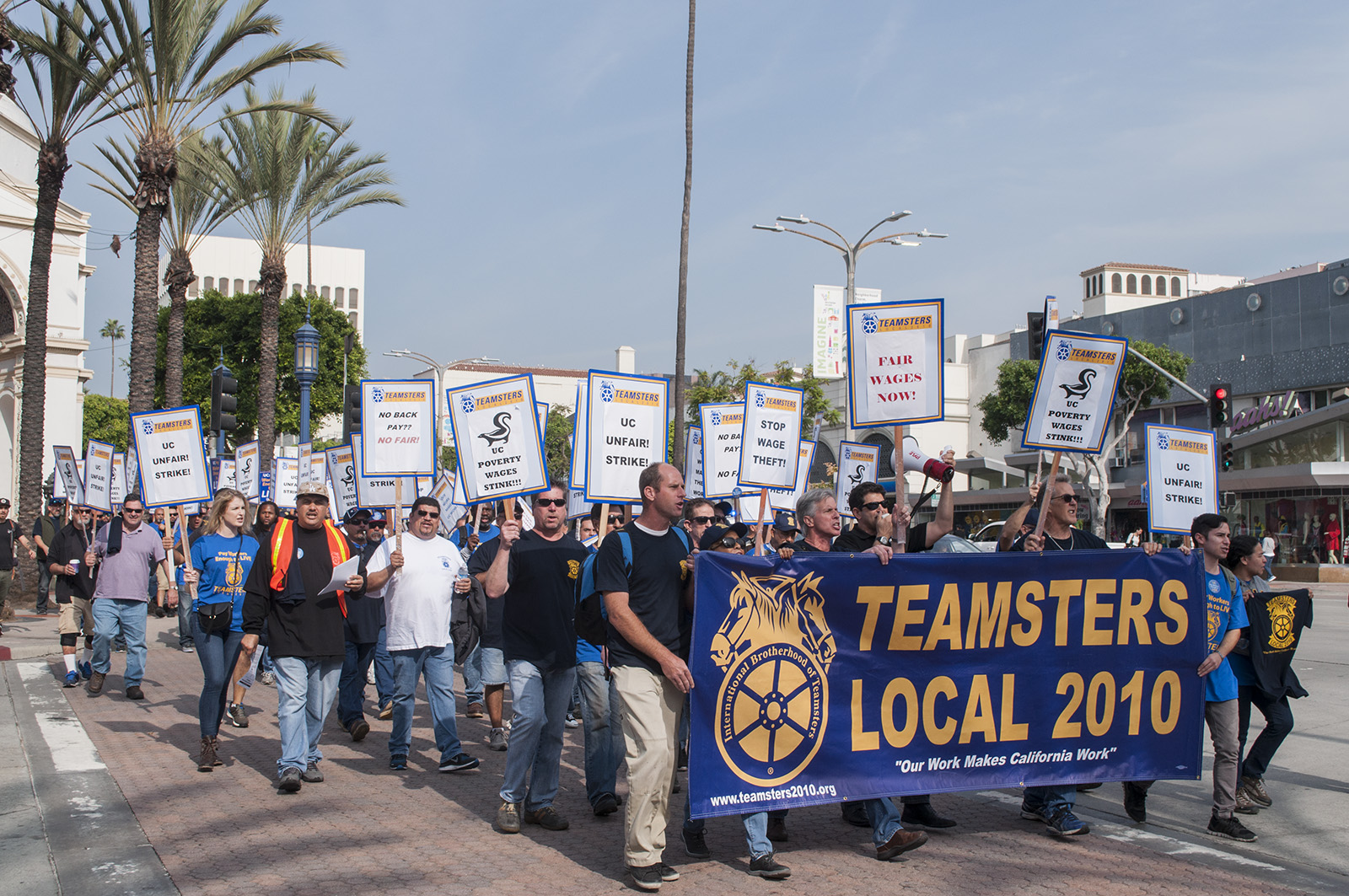 Teamsters held a 24-hour strike in November for higher wages for skilled trade workers. The union will hold a five-day strike starting this Friday for the same reason. (Eda Gokcebay/Daily Bruin)

Correction: The original version of this article incorrectly stated a rejected UCLA proposal included a wage increase as 26.6 percent. In fact, the proposed wage increase was 24.5 percent. The article also incorrectly stated the University's most recent proposal offered a 12 to 18 percent increase over the next five years. In fact, the University proposed an 18 percent increase over the next six years on top of a 22.5 percent pay increase under the most recent five-year contract.

Skilled trade workers will strike for five days at UCLA after failing to reach agreement on wages with the university.

Teamsters Local 2010, the union representing the workers, voted in December to hold the strike, which will last from Friday to Tuesday. The union also held a 24-hour strike on Nov. 16 over contract negotiations.

UCLA spokesperson Rebecca Kendall said in a statement that the campus and UCLA Health facilities will remain open and fully functional during the strike.

Teamsters and UCLA started contract negotiations in August. While the two have agreed on most terms of the contract, they have been unable to find common ground on wage increases.

Kendall said the Teamsters bargaining team rejected a UCLA proposal that included a 26.6 percent wage increase over the next four years, supplemented by healthcare and retirement benefits.

“This proposal is unsustainable and misaligned with salary increases offered to other represented and non-represented employees,” UCLA said in a statement.

Administrative and clerical workers across the University of California, also represented by Teamsters, will strike on Tuesday for higher wages in their own contract negotiations with the UC and in solidarity with skilled trades workers.

UC and Teamsters have been negotiating a contract for clerical workers since last April. The University said its most recent proposal, an 18 percent increase over the next six years on top of a 22.5 percent pay increase under the most recent five-year contract, would keep its clerical workers’ wages market-competitive.

“We believe our proposals fairly recognize the skills and contributions of our clerical staff,” UC officials said in a statement. “We urge Teamsters leadership to finalize a new contract without further delay.”

Teamsters rejected the University’s proposal because it thinks the salary increase is not high enough to keep up with increases in cost of living.

The union has also said its workers’ wages have decreased 24 percent over the last 18 years, which has led to worker food insecurity. An Occidental College survey found 70 percent of Teamsters workers have trouble getting enough food.