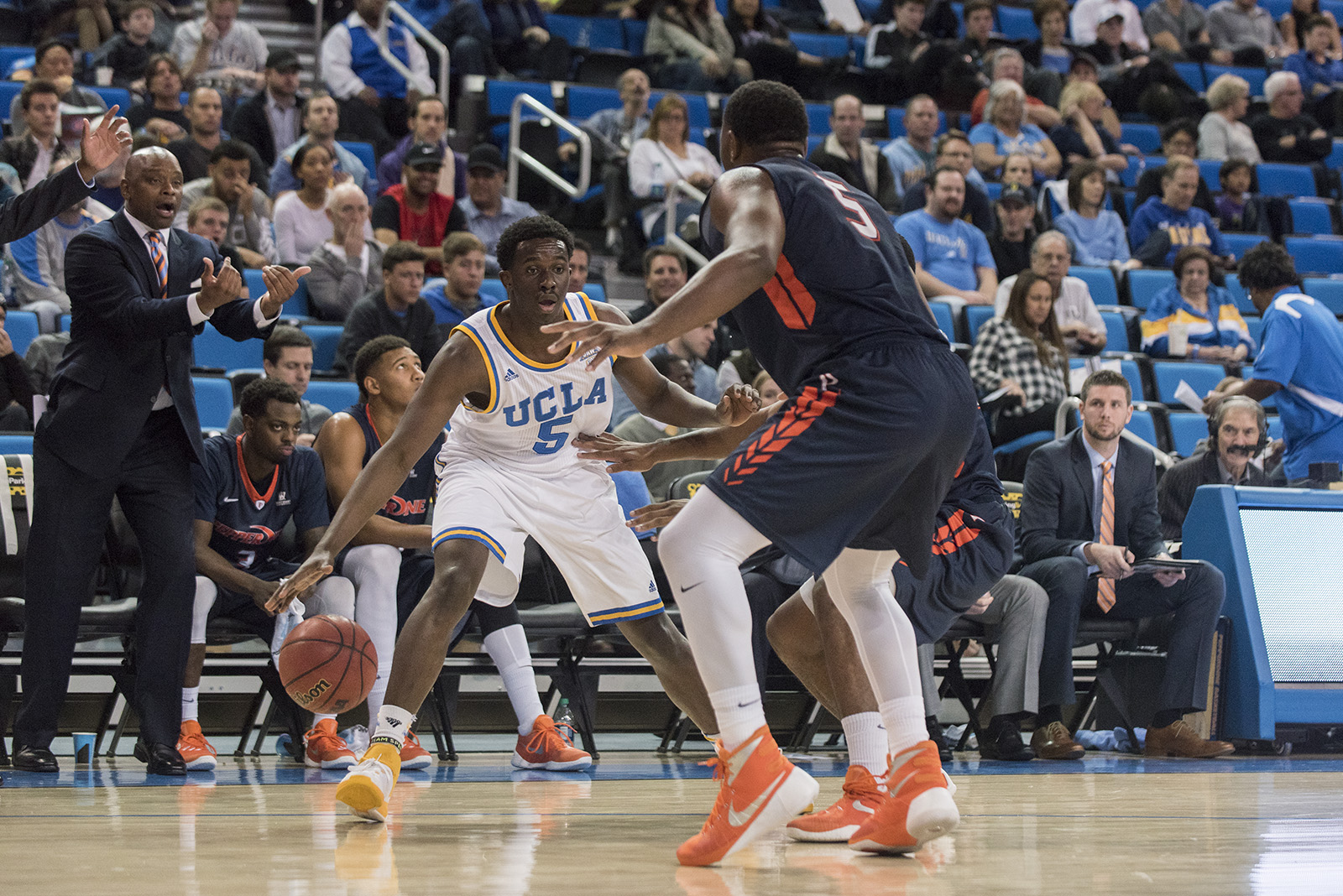 Sophomore Prince Ali is officially redshirting the season. The forward underwent surgery this past summer and hadn’t appeared in a game yet this season. (Daily Bruin file photo)

Prince Ali and Alex Olesinski have decided to redshirt the 2016-17 season as announced by UCLA on Wednesday evening.

Ali underwent surgery this summer to repair a torn meniscus in his left knee. The sophomore guard averaged 3.9 points and 1.1 rebounds in 11.8 minutes per game last year as UCLA finished 15-17.

Olesinski, a sophomore from New Mexico, has been out with a stress reaction in his left foot since early November.

The forward averaged 1.2 points and 2.0 rebounds in 7.0 minutes per game last season.

Even with Olesinski and Ali unable to play until next season, the Bruins still have more depth on the bench than in recent years with eight players getting regular minutes.

UCLA will face Cal (10-4, 1-1 Pac-12) on Thursday evening in their first conference home game of the season.