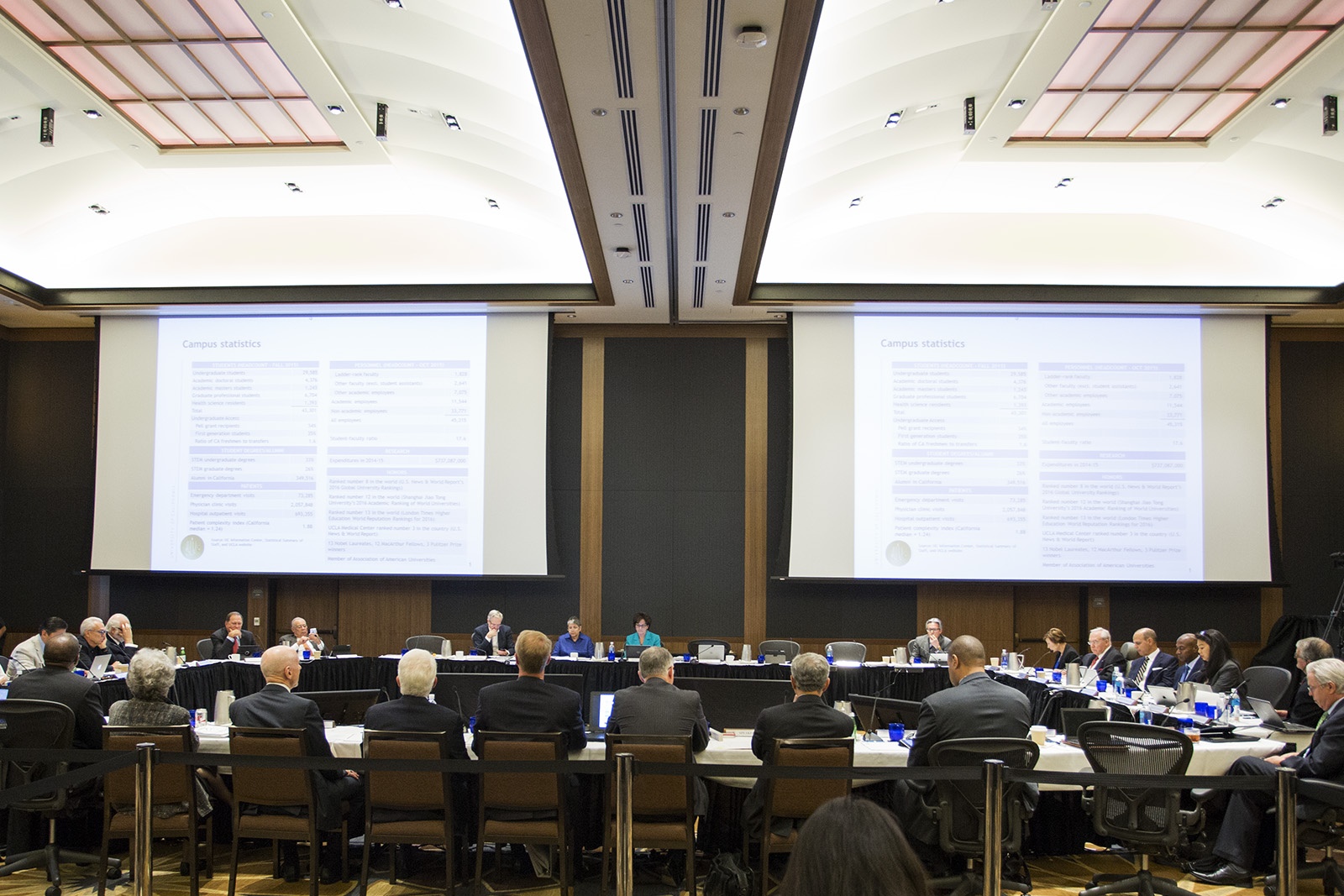 The University of California Regents will vote on the first in-state tuition increase in six years at their board meeting later this month. (Mackenzie Possee/Assistant Photo editor)

The UC Regents will vote on the $282 increase at its bimonthly board meeting at UC San Francisco from Jan. 25 to 26. The regents will also vote on a $54 student service fee increase that would help fund campus mental health services.

UC spokesperson Dianne Klein said in a statement the 2.5 percent increase would be fully covered by need-based financial aid for about two-thirds of students, who mostly come from low or middle-income families.

The regents voted in 2015 to increase tuition by up to 5 percent for five years, but in-state tuition ultimately stayed flat for two years under a budget agreement between Gov. Jerry Brown and UC President Janet Napolitano. Nonresident supplemental tuition, which has increased 8 percent per year since the 2014-2015 academic year, would also increase by $1,332, or 5 percent.

Under the same budget agreement, the UC agreed to enroll 10,000 additional California students by 2018 and restructure its retirement benefits in exchange for increased state funding.

Tuition has made up a larger portion of UC’s revenue in recent years, partly because of decreased state fund allocations. In 2000, state funds provided 24 percent of UC’s revenue; in 2014, they only provided 10 percent.

In fall 2016, the UC enrolled about 5,000 more students in exchange for $25 million; UCLA increased its freshman and transfer student enrollment by about 750. UCLA broke freshman application records in fall 2016, becoming the first university in the country to have more than 100,000 people apply.

“These are improvements that students themselves say are needed, and which we believe are necessary to ensure timely graduation and a positive student experience,” Klein said.