Juniors power No. 9 women’s basketball to victory over Colorado 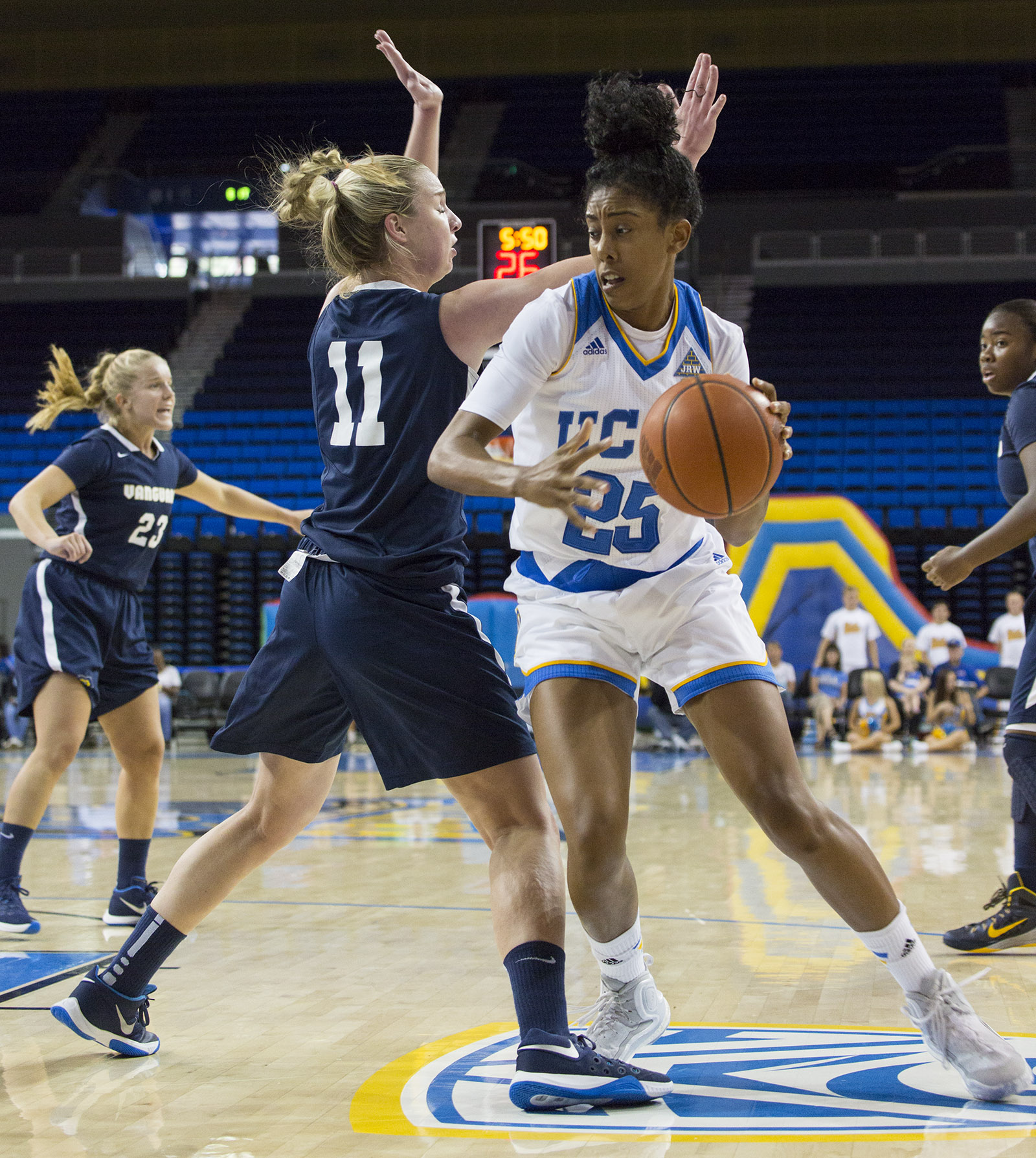 The Bruins (11-2, 2-0) picked up their second win in a row to open conference play and are now one of three remaining Pac-12 teams with an undefeated conference record.

UCLA opened the game strong with an inside-out approach that helped itjump out to an early 18-8 lead in the first quarter following a 3-pointer by junior forward Paulina Hersler.

The Buffaloes responded with an 8-0 run that was capped off by a buzzer beater from forward Haley Smith, who finished the opening frame with 13 points. Smith finished the game with 31 points.

The Bruins began the second quarter with a 9-0 run and never looked back with major contributions from Billings and Canada.

UCLA made it no secret early on that its game plan was to feed Billings the basketball down low given the opportunity. Colorado had no answer defensively, resulting in a career night for Billings.

Billings went to the line 13 times in the first half and 18 times overall, making nine of them. She also poured in a career-high 27 points to go along with her game-high 18 rebounds.

It was evident that Billings had an extra spark to her game Sunday, dominating the paint at will while shooting 9-of-18 from the field.

“Yesterday she stayed after practice and watched film with me for 45 minutes,” said coach Cori Close. “She comes in early and works on her footwork. She doesn’t just come in and shoot jump shots, she’s working on the little things, doing the dirty work that is going to lead to increased productivity.”

Junior guard Jordin Canada joined in on the act as well, racking up 22 points and five assists while playing a team-high 35 minutes.

Canada averages just under 33.5 minutes a game and coach Close attributes the increase in minutes to her improved defensive game.

“Jordin has a great motor, but before, she would take breaks on defense, or she would either guard one of the lesser players, but now she is relishing the opportunity to go shut down the best player,” said Close.

Canada went up against sophomore guard Kennedy Leonard who achieved Pac-12 All-Freshman honors last season. Leonard was held scoreless on 0-of-6 shooting in the first half, a defensive statement made by Canada.

Canada also sealed the victory with a steal off of Leonard which resulted in a 3-point play to put the game out of reach late in the fourth quarter.

The improvements in Billings’ and Canada’s energy and fitness have been vital toward the team’s success this season, and Close continues to motivate her players to work hard with her team motto: “The work you’ve done in the dark is always revealed in the light.”