Minnesota sweeps UCLA women’s volleyball in NCAA round of eight 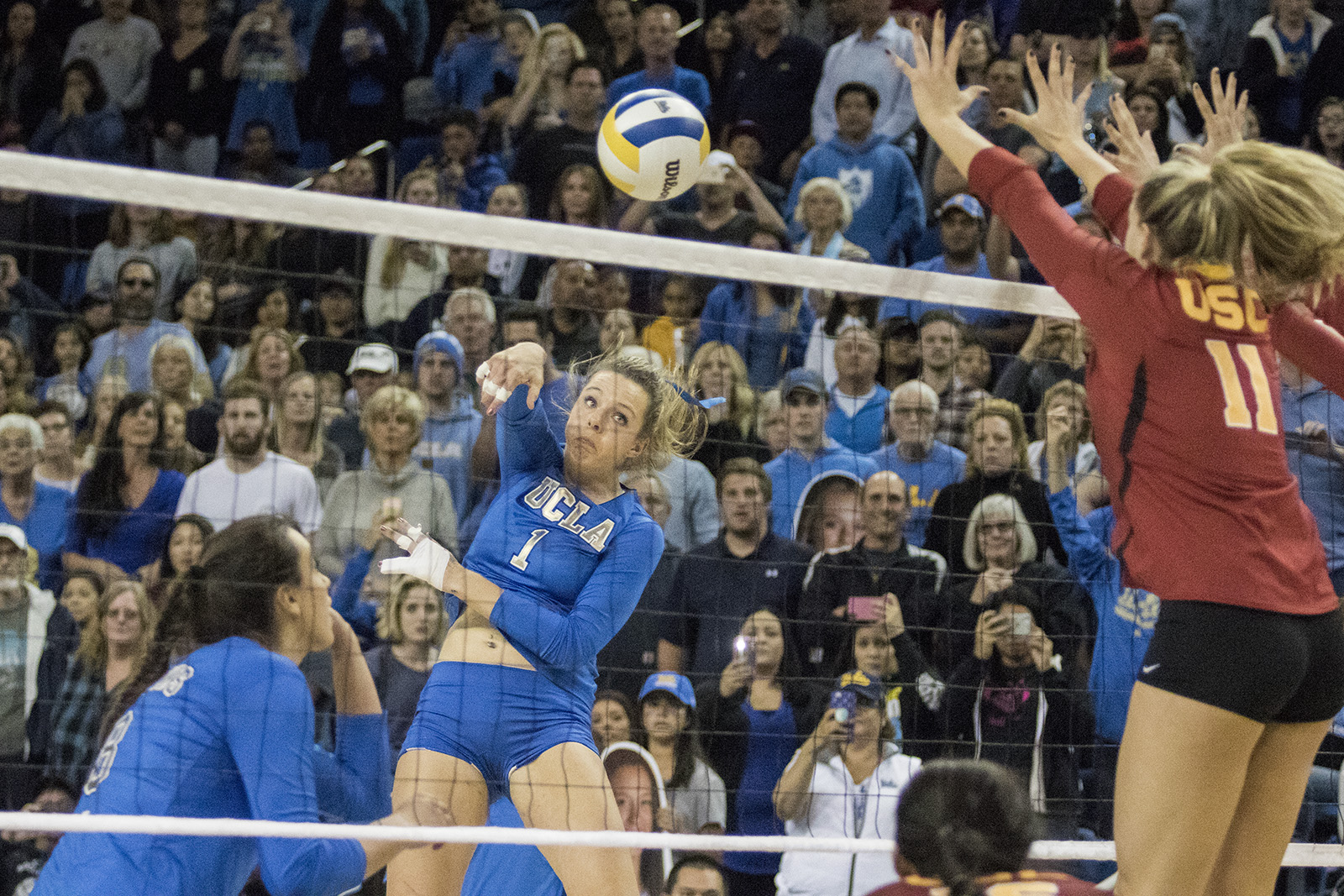 In its first round of eight appearance since 2011, UCLA women’s volleyball took a 6-0 lead and looked like they were on their way to an upset.

Minnesota wrestled away the lead at 21-20, and never relinquished control of the match.

“To beat a team at that level on a night like tonight, you have to have a ton of heart and you gotta execute,” said coach Michael Sealy. “I thought we had the heart, I just don’t think we executed well enough to stay in the match.”

The No. 10 seeded Bruins fell in straight sets to the No. 2-seed Golden Gophers in the NCAA Regional Final on Saturday. This match marks Minnesota’s 36th consecutive home win.

UCLA’s strong start in the first set rested on its ability to consistently tip balls onto open court. Senior pin hitter Jordan Anderson said the team’s mindset was not to use the tipping strategy throughout the match, and when Minnesota started picking up the tips UCLA started to swing more.

“That first part of that match when it was six-nothing, everybody was completely locked in,” Sealy said. “It was amazing execution. Of course that’s not gonna last for a whole match.”

Four of UCLA’s seven hitters ended the match with a negative hitting percentage. The team relied on junior pin hitter Reily Buechler and Anderson, who were the only Bruins to record double-digit kills with 13 and 16, respectively.

Minnesota took control 21-20 after four straight points – two kills, a service ace, and a UCLA hitting error – and went on to win the first set 25-23.

Anderson and Buechler combined for 13 of the team’s 16 set-one kills. While the Bruins found success on the pins, they struggled to run the offense from the middle. The middle blockers combined for one kill on just seven swings in set one.

UCLA battled through the start of the second set and held a lead at 7-6, but Minnesota ran off six straight points, four of which came from Bruin hitting errors.

The Bruins scored five of six points to surge at the end of the set and bring the score to 23-20, forcing the Golden Gophers to call a timeout before coming up with two straight kills to win the set 25-20.

Minnesota dominated in blocking in the first two sets, out-blocking UCLA eight to two. The Bruins were competitive at the net in the third set with five blocks compared to the Golden Gophers’ four, but improved blocking wasn’t enough to secure a victory.

“Their blockers are pretty good out of system,” Sealy said. “We probably had more challenge hitting against their block out of system than vice versa.”

UCLA hung on in the third set, taking an 18-17 lead – its last lead of the season. Minnesota took the set 25-22 to advance to the final four of the NCAA Tournament.