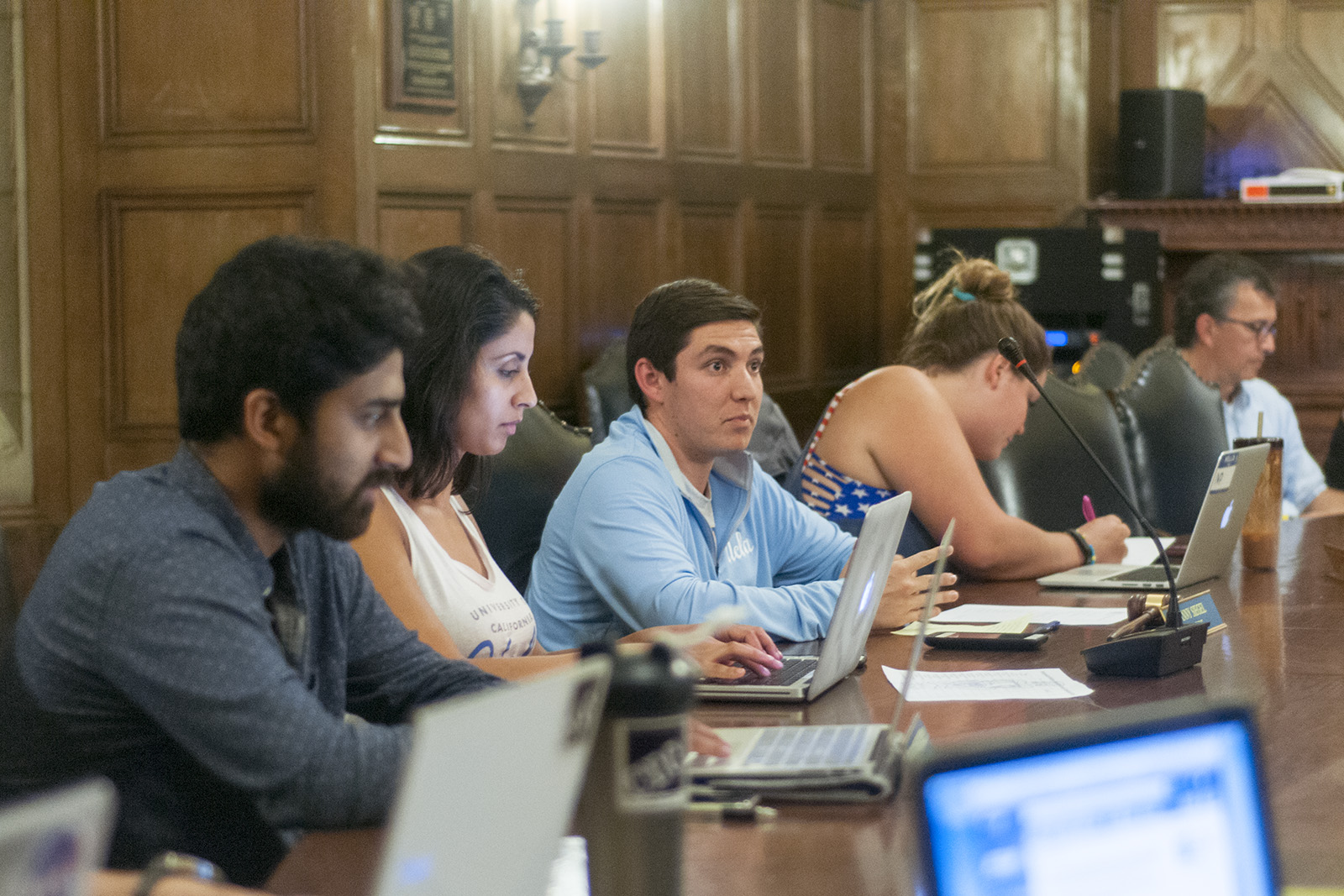 Correction: The original version of this article incorrectly stated the transfer student representative office held an aromatherapy workshop. In fact, the office has not held the workshop yet.

This recap summarizes the accomplishments of each council member since his or her election in May. All candidates presented several goals in their platforms during election season.

Platforms: Siegel promised to introduce Bruin discounts and events in Westwood. He also promised to advocate for affordable housing, landlord accountability and more interaction with alumni, as well as institutionalized paid internship programs for students.

Platforms: Sands promised to work on BruinsVote! and create Student Stance and the Bruin Lobby Team, a third-party forum to strengthen student advocacy efforts. He also promised to create M.I.A. is MIA!, a campaign for middle income affordability, and Activate the Activism to train students to participate in statewide politics.

Platforms: Borden promised to create a portal to connect students with scholarships, offer discounted test preparation courses for students and establish a rental system for lawn blankets, hammocks and sports equipment. She also promised to advocate for increased diversity in the Counseling and Psychological Services staff.

Platforms: Majmudar promised to expand collaboration spaces on campus, institute a BikeShare program and bring speakers to campus through a nonpartisan forum.

Platforms: Chowdhury promised to create UCLA Olympics for students to compete in all-inclusive activities and raise money, and Sigma C.H.A.I., or Coalition of Humans Against Inequality, a United Nations-style forum. He also promised to institute a schoolwide chalk day and resources like free yoga and meditation lessons to promote mental health awareness.

Platforms: Sharma promised to link the Bruin Resource Center and the UCLA Student Call Center to create a transfer alumni board. He also promised to create Bruin Fitness Challenge, a health and workout app, and advocate for parking permits for transfer commuter students.

Platforms: Mohankumar promised to create the Women Empowerment Campaign, “Brewin” Networking Night and advocate for improved use and organization of resources to help students graduate on time.

Platforms: Dang promised to increase accessibility to events for commuters and other busy students. He also promised to uphold and grow traditions from his office by hosting established events with a twist, as well as a wider variety of events.

Platforms: Dameron promised to create more opportunities for freshmen to get involved in service such as a service-themed residential hall community and New Student Orientation. He also promised to launch a service-based advocacy program, increase the type of available Alternative Break Immersion programs and expand the types of issues his office’s projects address.

Platforms: Rhee promised to reevaluate campus lighting and energy through the initiative “Turn Down the Watts!” which would address temperature control issues in classrooms. She also promised to create SafetE^3, an initiative to tackle safety concerns on campus, and an application for free equipment rental reservations.