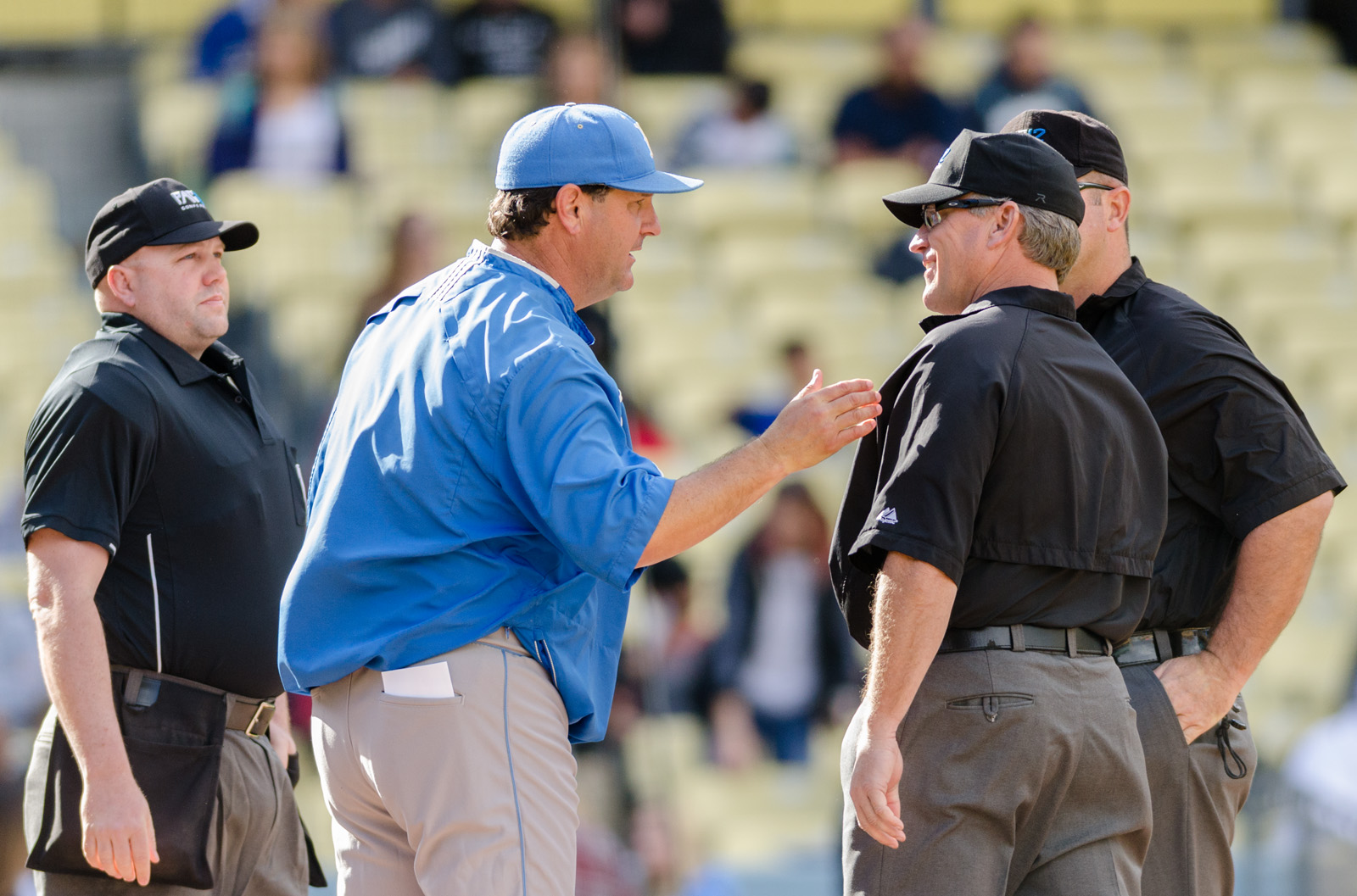 UCLA coach John Savage was named the manager of the 2017 USA Collegiate National Team on Thursday morning. Savage guided the Bruins to the NCAA championship in 2013. (Daily Bruin file photo)

UCLA baseball coach John Savage has been named the manager of the 2017 Collegiate National Team as announced by USA Baseball on Thursday.

In 2000, Savage, as an assistant coach with the team, helped it finish 27-3-1 and win a gold medal at Haarlem Baseball Week in the Netherlands.

“It is certainly an honor and a privilege to be named the manager of the Collegiate National Team,” Savage said in a press release Thursday morning. “I am looking forward to hiring a staff and leading USA Baseball to a successful summer, both in terms of player development and success on the field.”

The Santa Clara University graduate, entering his 13th season in Westwood, has led UCLA to a 419-301-1 record since 2005. Savage guided the the program to three College World Series appearances before winning the school’s first NCAA title in baseball in 2013 behind most outstanding player pitcher Adam Plutko.

Eighty-two Bruin student-athletes, including Plutko and the 2011 No. 1 overall pick Trevor Bauer, have been drafted to Major League Baseball under Savage.

“John has led the UCLA program to new heights under his guidance and we are excited to bring his experience and leadership to the head of our national team program,” said Paul Seiler, executive director and CEO of USA Baseball.

Last season, the Bruins struggled with inconsistency and injuries. They finished the season 25-31 and missed the postseason for just the fourth year in the Savage era.

Savage and the Bruins will open the season in February with a three-game series against San Jose State.