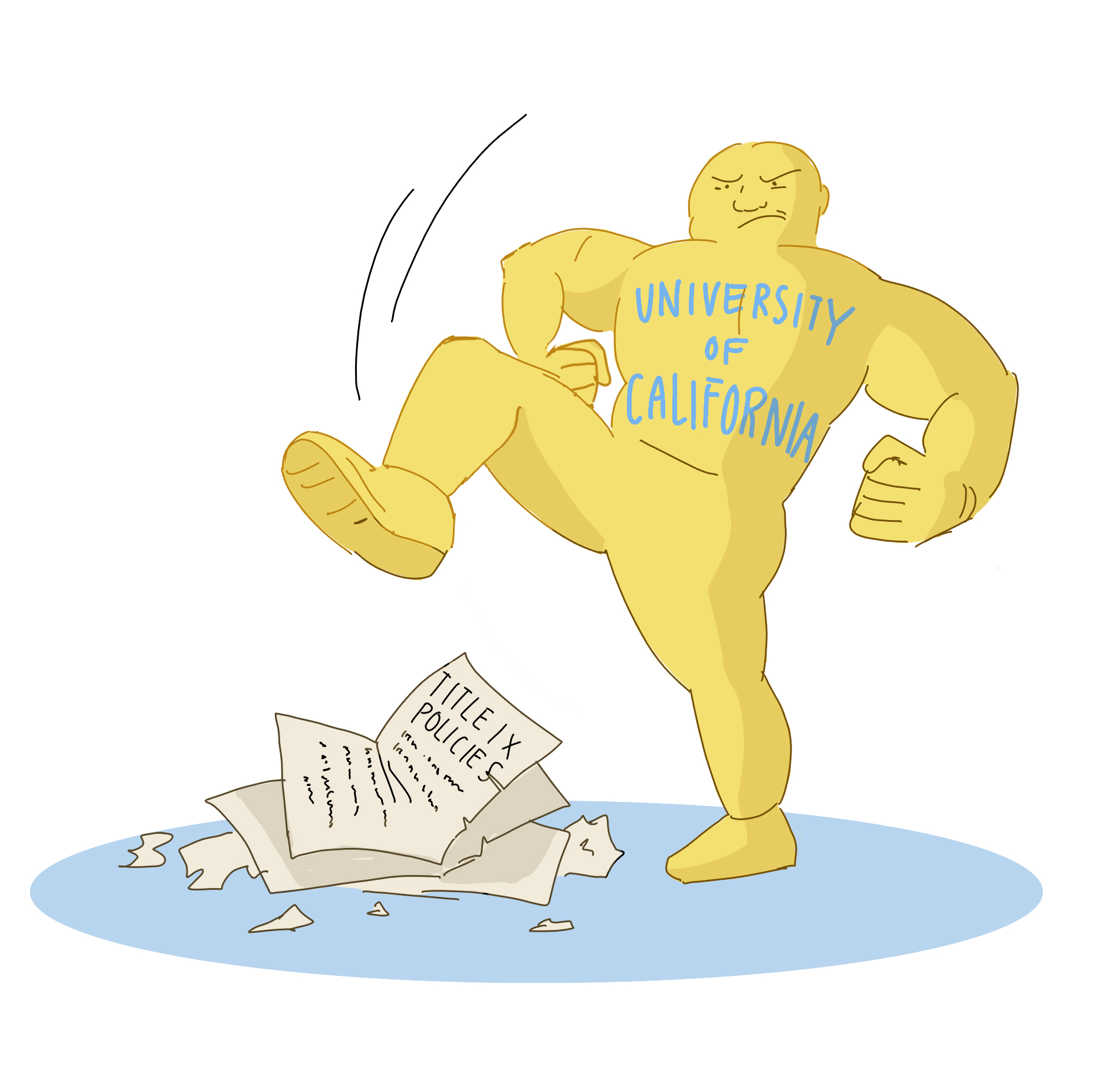 It seems like the only way to become a figure of authority nowadays is to have a recording of yourself making vulgar, sexual comments about women. And if you thought the Hollywood Access tape was the worst it could get, you’re in for a big surprise.

Fresh off the heels of a sexual harassment scandal, University of California Regent Norman Pattiz is once again making headlines after another recording surfaced this week of him making lewd comments that would make even Donald Trump blush. This time, he outdid himself, providing his critiques of old pornographic films and adult actors – including graphic descriptions of human genitals.

If he wants to maintain any shred of dignity, Pattiz needs to pack up and resign from his post as UC regent. Otherwise, he stands to compromise the integrity of the board of regents’ decisions.

For reference, Pattiz has already made clear his obsession with women’s breasts, and this is yet another scandal adding flame to his rear end. What’s damning about the latest recording, however, is the fact that he acknowledges – asserts, even – that he knows better.

As if proudly showing off his boy scout badges, Pattiz responded that he didn’t have an entire radio podcast dedicated to flaunting his sexual wisdom.

“Because I’m a regent of the University of California, Chairman of National Security Labs at Los Alamos and Lawrence Livermore and I’m a 20-year reserve deputy sheriff. I can’t talk that way,” he said in the clip.

And yet, he’s come into a position of authority, guiding policy decisions for the world’s top public university system. He also calls the shots on top-secret national security matters, be that nuclear defense or homeland security. With countless responsibilities resting on his shoulders, Pattiz has proceeded to show the world the extent of his professionalism by showcasing his inability to act as a functioning member of society.

Mind you, Pattiz asked a woman recording a bra commercial if he could touch her breasts, proudly defending his request by claiming his hands were like “memory foam.” Normal people don’t do that. People of authority don’t do that. University administrators certainly don’t do that. But Pattiz does.

His failure to exude professionalism demonstrates an incapacity to filter and refine his own thoughts and actions. And as with any highly visible and influential position, basic prudence is a baseline requirement – especially in a position like UC regent, where decisions affecting thousands of students need to be pored over and carefully considered. Pattiz’ inability to perform even this essential agency shows that he is most certainly unfit to be a figure of authority – let alone a regent.

If Pattiz has any self respect left, he needs to resign from his post as regent and let the board appoint a more capable member. If he chooses to steadfastly maintain his position, he will only serve as a counterproductive force on the board, going directly against the public service principles the regents strive for. And this is especially egregious, considering the board has made fighting sexual harassment and assault a priority for students and employees. As the Bruin has said before, enacting Title IX reforms while keeping someone so pugnacious on the board compromises the regents’ credibility as an agent of legitimate change in this regard.

[Editorial: UC administrator’s actions do not reflect their own Title IX policies]

Certainly, it’s no secret that the regents are immune to many of the rules they impose on students and employees, and given that the California state legislature has to get involved in order to remove Pattiz, it is quite difficult for the other regents to strip him of his position. The new sexual harassment rules for the regents offer some hope, but they are disproportionate to the discrediting things Pattiz has said and done.

Pattiz has damaged his professional record beyond repair, and resigning remains the only step forward for him. Of course, we can all naively believe that the Pattiz from the tapes – which were recorded in May – is different from the Pattiz who makes administrative decisions, but you can’t teach an old dog new tricks. Pattiz has revealed his true colors, and they most certainly don’t shine blue and gold.