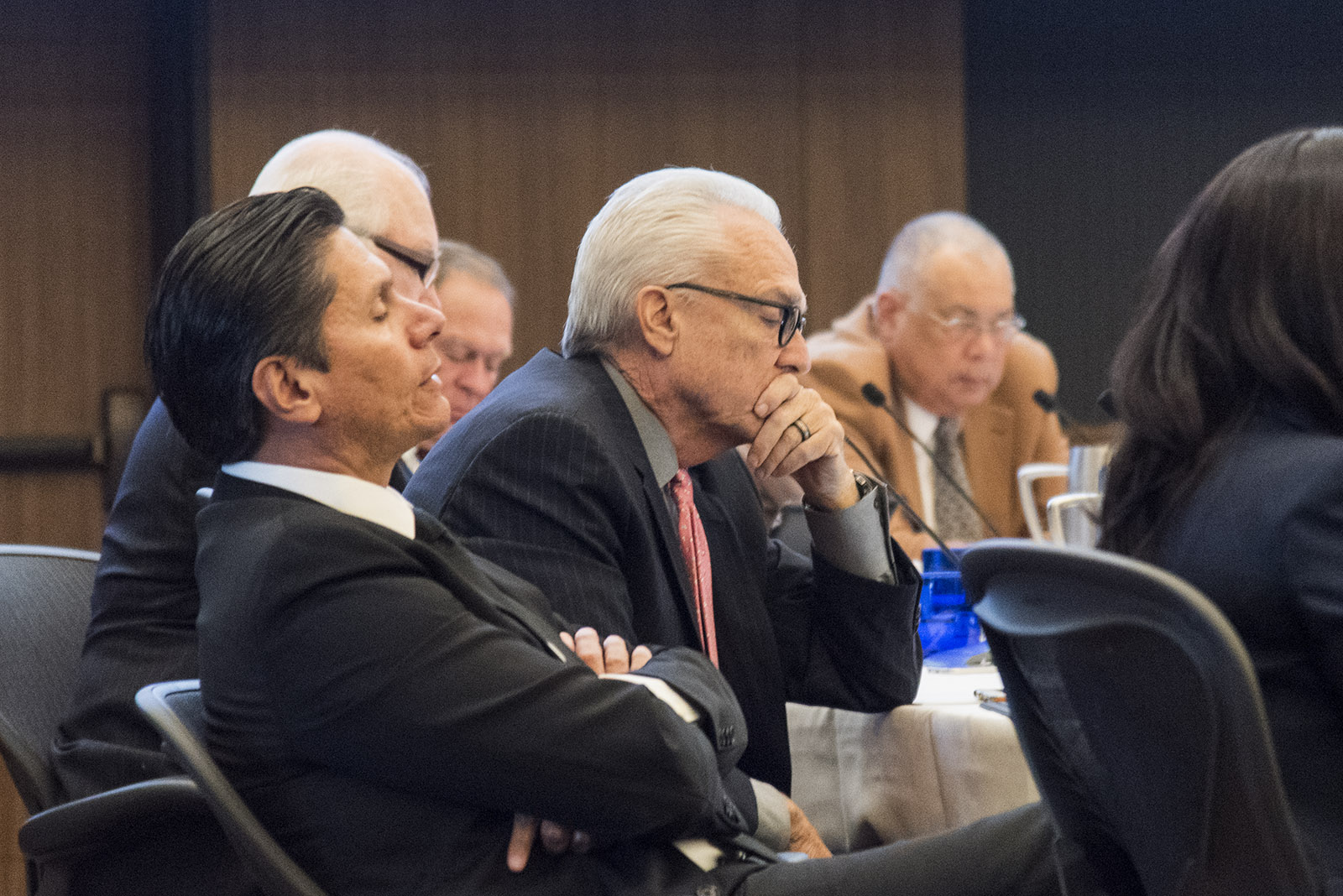 By Ryan Leou and Ankita Nair

Correction: The original version of this article incorrectly stated Norman Pattiz referred to women in pornographic films as butch.

University of California Regent Norman Pattiz purportedly made lewd comments about pornographic films in a recording provided by an anonymous source who claimed to be in the room at the time the recording was made.

In the audio clip, which was recorded in May according to the anonymous source, the person who claims to be a UC regent said his first physical sexual sensation was reaching down a woman’s pants and feeling pubic hair.

Pattiz apologized last month for comments he made in another recording made public Oct. 27. In the recording, Pattiz can be heard asking whether he could hold the employee’s breasts while she taped a commercial for bras.

Pattiz declined to comment through a spokesperson at PodcastOne, a podcast radio network Pattiz owns.

Heather McDonald, the employee Pattiz harassed, said in an email statement that she was saddened to hear Pattiz’s vulgar words and the degrading way he described women, but was not surprised.

“After working there for a year but only coming in one day a week, I had heard my fair share of Norm Pattiz sexual stories as I tried to produce my podcast,” McDonald said. “The reason I shared my story was because I had the audio of an incident in which it happened but there were other occasions that were not recorded.”

She added she was worried like in other sexual harassment cases, she would not have been believed without evidence.

Monica Lozano, chair of the UC Board of Regents, introduced amendments to policies governing regent conduct and sexual harassment training at the November board meeting in response to Pattiz’s comments.

The board approved the amendments, which made regents’ private conduct subject to the regents’ ethical code and sanctions for violations. The amendments also require regents to take sexual harassment training when they join the board and biannually thereafter.

Lozano said in an email statement that regents must uphold the highest ethical standards consistent with the values of the University in line with the approved amendments.

“The board will move swiftly to establish procedures and sanctions that may be applied if a regent is found to have violated such university codes of conduct or policies,” Lozano added.

The anonymous source said the recording was captured in a podcast studio, but did not take place on air.

In the new recordings, the person then goes on to describe old pornographic films, in which he described women as ugly with pubic hair.

After another person asks why he does not have his own podcast, he lists his professional titles.

“Because I’m a regent of the University of California, Chairman of National Security Labs at Los Alamos and Lawrence Livermore and I’m a 20 year reserve deputy sheriff,” he said. “I can’t talk that way.”