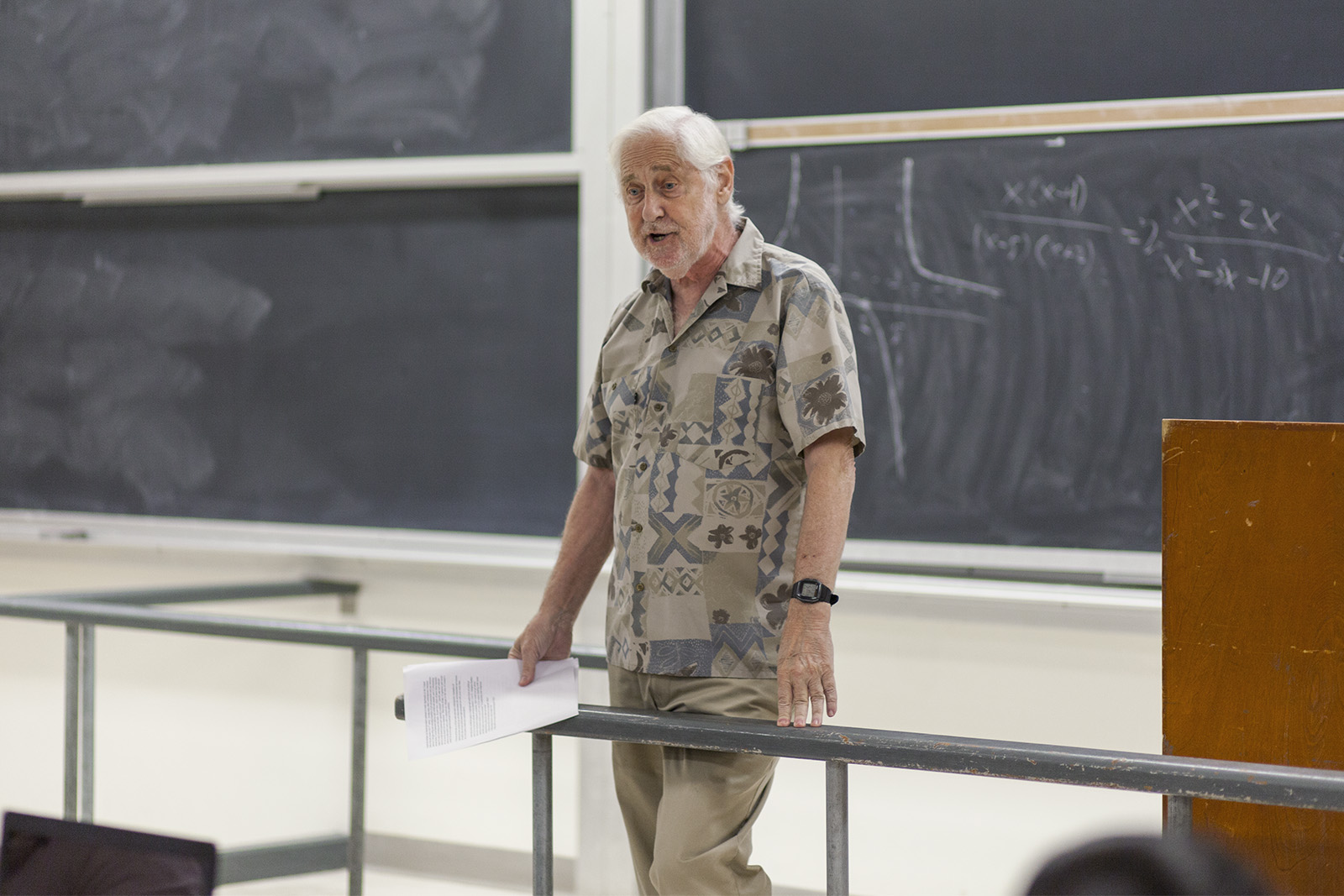 Paul Von Blum remembers watching news coverage of Rosa Parks refusing to give her bus seat to a white Southerner.

He said watching the heroic acts of Parks, Martin Luther King Jr. and the Montgomery bus boycotters as a San Diego teenager motivated him to travel to the South and fight for civil rights.

Von Blum, a communication and African-American studies lecturer, worked in the southern United States as a civil rights activist from 1961 to 1964. In his class Communication Studies M165: “Agitational Communication,” he talks to students about peaceful protest through his own experiences.

Von Blum said his parents instilled a passion for political activism in him from a young age. His father, who was a Holocaust survivor, believed African-Americans dealt with much of the same racism Jews encountered in Europe. Therefore, his mother and father began advocating for black civil rights.

In 1957, they helped Bill and Daisy Myers, an African-American couple, purchase a home in the previously all-white suburb of Levittown, Pennsylvania. White residents were hostile toward the Myers and Ku Klux Klan members burned a cross on the Von Blum family’s front lawn, he added.

“Because I saw my parents act so courageously, it was clear that I would have to do the same thing when I came of age,” he said.

In high school, Von Blum began making trips to the segregated South and became part of the Student Nonviolent Coordinating Committee. He and other SNCC members would protest against restaurants that refused to serve people of color by entering the establishment and sitting there until law enforcement arrived.

Von Blum said white Southerners often acted violently toward him, telling him he was betraying his race. He added SNCC often aimed to provoke violent responses from white restaurant patrons.

“We knew they would hit us and attack us because we were trained and committed to nonviolence,” he said. “Because this was the television age, we knew that that would play to the moral feelings of millions of Americans.”

Von Blum also said law enforcement sometimes wrongfully incriminated him. Highway patrolmen stopped Von Blum and a fellow volunteer when they were driving to Montgomery, Alabama, for a sit-in. After finding civil rights pins, bumper stickers and pamphlets in Von Blum’s car, the officers arrested the activists for armed robbery of a gas station. Von Blum spent several hours in jail before being released.

Sará King, a graduate student in education and teaching assistant for Von Blum’s class, said she thinks Von Blum’s stories allow students to consider which types of protest are most effective.

King said though the class addresses the causes and effects of violent protests, she thinks it can be powerful to learn from a peaceful agitator firsthand.

“Most (millennials) have never had to consider … endangering themselves in order to promote and establish equality,” King said. “Students can be inspired by the fact that he risked great bodily harm and the threat of death for decades and … never raised a finger against anyone.”

Sarafian said hearing firsthand accounts of peaceful protesters being beaten, spit on or threatened to be shot could not be replicated by merely reading a book.

“When you can have a person tell you about their own personal experiences, you can put a face on the sort of pain and oppression that folks involved in that movement faced,” Sarafian said.

Von Blum remained politically active after President Lyndon B. Johnson signed the Civil Rights Act of 1964 by participating in anti-Vietnam demonstrations and the Free Speech Movement at the University of California, Berkeley.

When Von Blum was teaching at UC Berkeley in the late 1960s, he was involved in protests that helped create ethnic studies departments at UC campuses. Once these departments were created, he moved to UCLA to teach classes on the African-American arts and culture he had become interested in during his time in the South.

Von Blum said he hopes to motivate students to fight for issues important to them through his stories.

“The struggle against racism and injustice is a lifelong process,” he said. “I won’t live long enough to see the kind of society that I want. But I hope to convince some of my younger colleagues and students that (fighting for issues) needs to be something they do throughout their lives.”