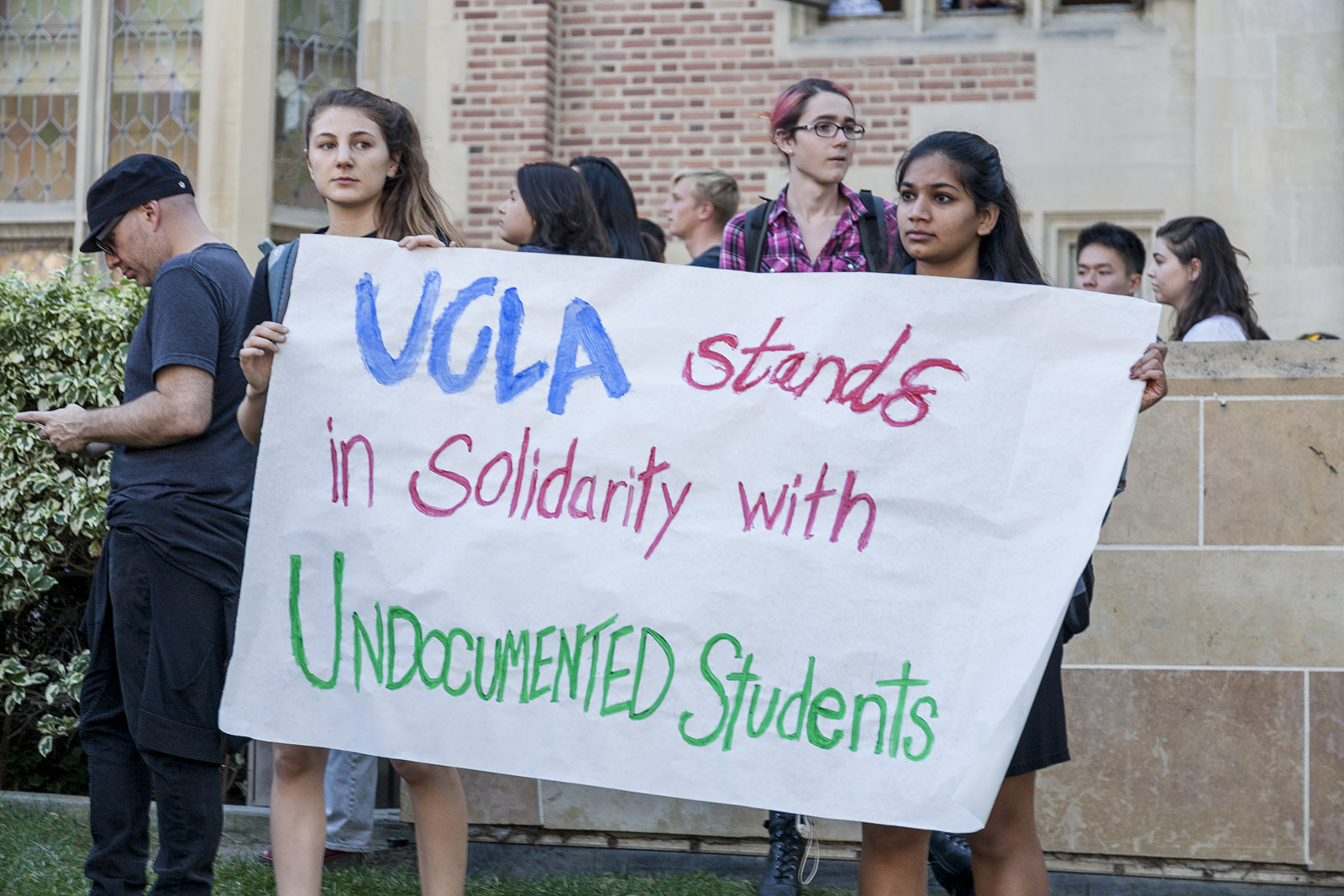 Some UCLA professors said Trump’s proposals may be difficult to enact because of constitutional restraints.

Ingrid Eagly, a UCLA law professor, said the Los Angeles Police Department’s 1979 Special Order 40 states that officers will not initiate police action after learning a person has entered the country illegally or detain a person on the sole fact that they entered the country illegally. She added the federal government, not city or state governments, enforces immigration law.

This practice does not violate the law because the 10th Amendment states that the federal government cannot force cities to follow its orders, Motomura said.

“The federal government cannot tell cities, ‘We don’t have any agents, so you have to be our agents now,’” he said.

He added the 10th Amendment and other constitutional provisions would prohibit Trump from withholding federal funds from sanctuary states and cities.

“The Constitution protects the independence of cities to interact with their residents,” Motomura said. “Cities can come up with measures concerning immigration around the general context of their jurisdiction.”

Motomura and Eagly agreed the city should come up with more ways to support the undocumented community. They suggested providing Los Angeles residents with lawyers or counseling services when they face deportation.

“Cities need to think what they are going to do beyond calling themselves ‘sanctuary cities’ to help undocumented immigrants,” Motomura said.

The term “sanctuary city” has been used to label cities that do not aid the federal government in deporting undocumented immigrants, Motomura said. In Los Angeles’ case, LAPD has adopted Special Order 40.

At a Los Angeles City Council meeting Thursday, Council President Herb Wesson said he wants to discuss how the council can provide services to undocumented immigrants who may feel threatened under a Trump presidency. He also introduced the idea of hiring a city immigration advocate who would pursue policies to prevent immigrants from being deported.

Cristian De Nova Ledesma, an undocumented student and a fourth-year microbiology, immunology and molecular genetics student, said he does not yet know how he will be affected by Trump’s immigration proposals.

He said he also thinks the city should reach out to the undocumented community and organizations before enacting any policies.

At UCLA, students have begun lobbying to University of California officials to provide legal services to undocumented students and continue noncooperation between university police and the federal government.