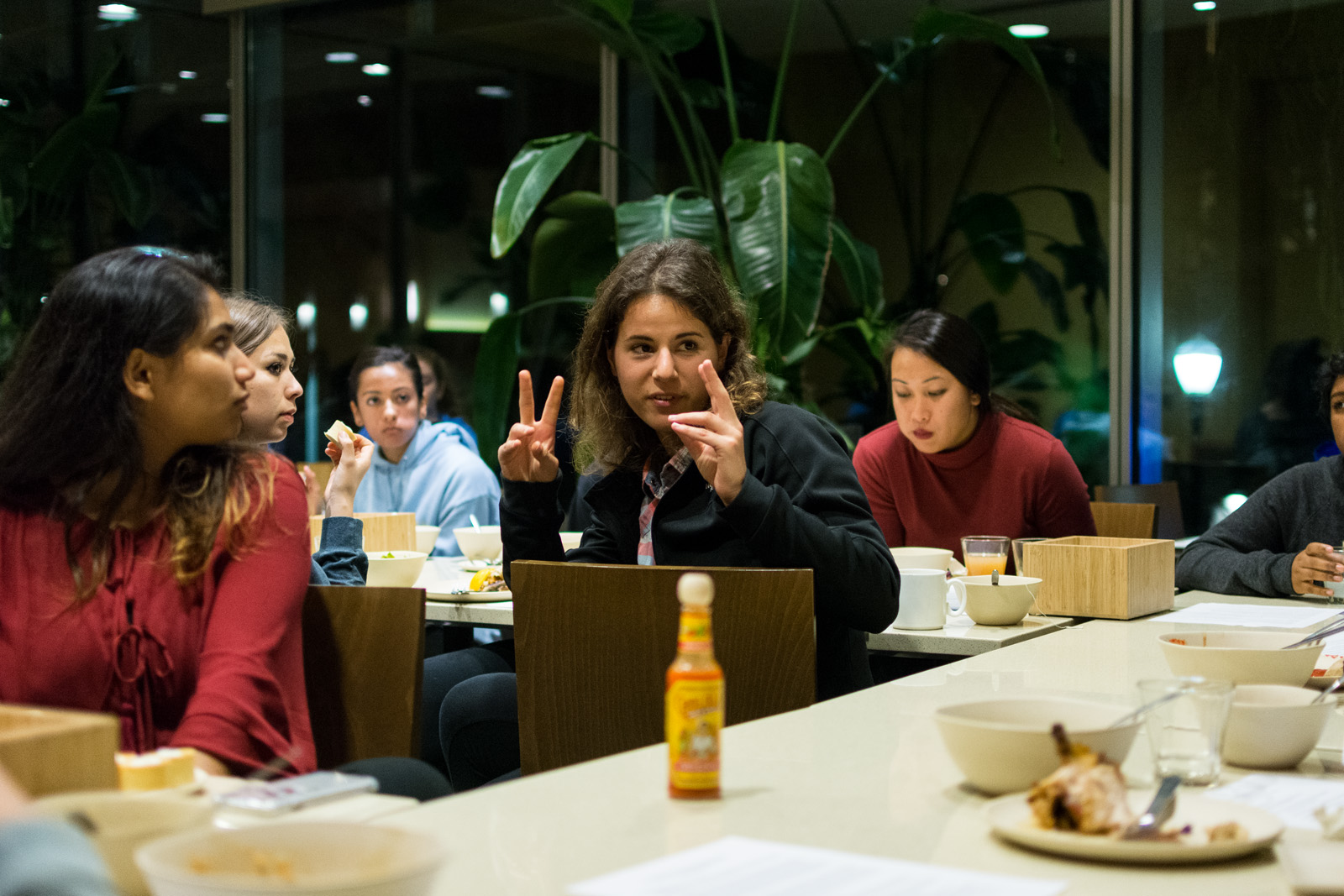 Students discussed feminist issues and considered their visions for gender equality at student-run event on the Hill on Wednesday.

The Intergroup Relations Program hosted a dinner dialogue about what they call white feminism. About 20 students attended the event held at Bruin Plate.

Intergroup Relations, a program under the Bruin Resource Center, hosts events and workshops on campus, such as First Friday dialogues and dinner dialogues. At these events, students can talk about topics they might be uncomfortable with, said Celia Cody-Carrese, an intern with Intergroup Relations and third-year geography and enviornmental studies student.

Cody-Carrese said the organizers chose white feminism as the topic of Wednesday’s event because they think feminism has traditional ties with white supremacies. The organizers wanted to give students the opportunity to discuss the topic and break the stigma.

Intergroup Relations leaders discussed how celebrities approach feminism. Some asked the group what the difference was between the empowerment messages in Taylor Swift’s vs. Beyonce’s music.

Some students said they thought Swift’s music does not have the same impact as Beyonce’s because of her privilege, even if her music has messages of empowerment. Conversation later spread into European patriarchy as an instrument of subjugation during the colonial era in world history.

Cody-Carrese said she thinks the word “feminism” is usually applied to white women. Historically, feminist leaders considered the black woman’s plight to be a seperate race issue, rather than a feminist one, she added.

Singh said Elizabeth Cady Stanton, a famous white feminist leader, would require black feminists to march behind white feminists. The group elaborated that each person should approach feminism and other movements individualistically, but that there needed to be room for understanding and accepting each other’s unique circumstances.

[Related: Amid peaceful protests, students and visitors offer their ideas on feminism]

Cody-Carrese said she thinks white feminism disregards the concept of intersectionality. For example, a white woman cannot completely understand the specific plight of a black woman, she said.

Singh and Noeline shared a political cartoon that featured a white woman in a bikini and an Arab woman wearing clothes that conceal everything except for her eyes. Both cartoon women are shown commenting on how the other is oppressed by male-dominated culture.

Katherine Stanfill, a second-year gender studies and history student, said she attended the dialogue because she was upset by the election results.

“I see (the election) as an opportunity,” she said. “The pain people felt from this election can go to a good, and we can see how feminism can be enacted for social change.”

Cody-Carrese said the group wants to create an environment for students to discuss sometimes overlooked topics in a meaningful manner and voice their concerns.

“We want people to come to a marginalized space … a space where the point isn’t to debate but to reach understanding,” she said.