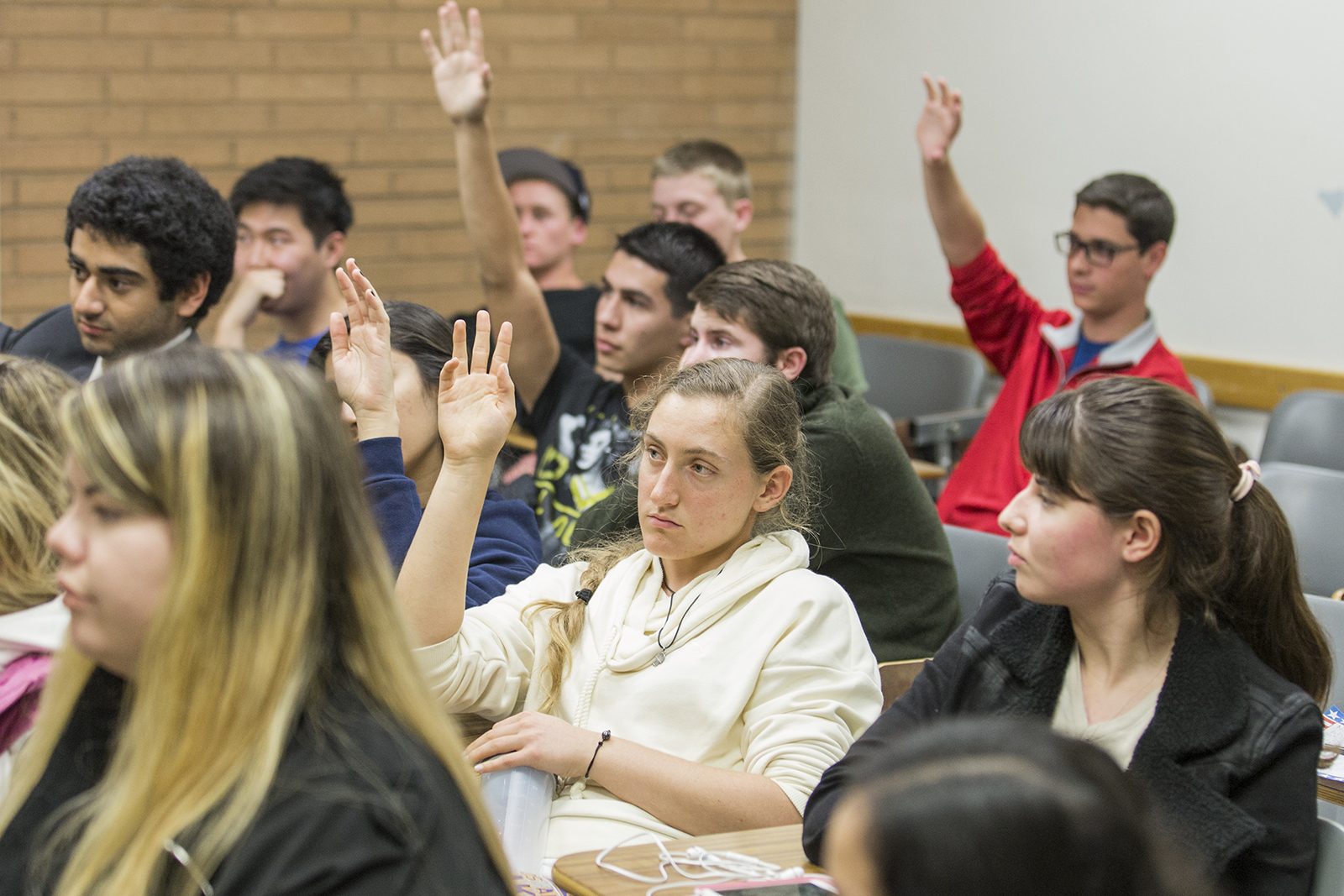 Bruin Republicans did not initially take a stance on President-elect Donald Trump before the election, but now some members say they think the country should unite around its new leader. (Daily Bruin file photo)

Members of Bruin Republicans said they have high hopes for President-elect Donald Trump’s transition into the White House.

Students protested at several rallies throughout the week following Trump’s victory, but Bruin Republican members said they think students should accept the results of the election and move on.

Alexis Moran, Bruin Republicans president and a third-year political science student, said she thinks the imminent peaceful transition of power between parties is one of the beautiful parts of the country’s political system.

“We believe in a system of electoral college,” Moran said. “We understand the importance of it and why our founding fathers had it, so it’s important for people to realize that Donald Trump was the elected president.”

Moran added the group did not take a stance on Donald Trump because their members are intellectually diverse and have a wide range of opinions about Trump.

“Some people voted for him reluctantly; some people enthusiastically voted for him,” Moran said. “Some people left their tickets blank because they didn’t want to vote for either Hillary or Trump. Each individual member has their own idea.”

Mark Peterson, chair of the Public Policy Department in the UCLA Luskin School of Public Affairs, said he thinks ideological disagreements within the Republican party before Trump’s election will continue after he takes power. He pointed to Trump’s angry comments toward House Speaker Paul Ryan during the campaign as an example of divisions within the party.

He added some of Trump’s campaign rhetoric against issues, such as free trade and immigration, contradict Ryan’s support of them.

“There is a huge potential clash coming, but how the two of them sort that out remains to be seen,” Peterson said.

Peterson added he thinks it is uncertain what policies Trump will push while in office because he changed his position on so many issues during his campaign.

“We don’t know which Trump will take office, but we can start getting feel for that in who he nominates for various positions,” Peterson said.

Julia Nista, Bruin Republicans internal vice president and a fourth-year political science student, said she is excited about the election’s results because Hillary Clinton did not win. She added she hopes Trump’s presidency leads to economic growth and higher national security.

Moran also said she thinks recent student protests were not an effective way to show disappointment. She added she thinks students should accept different points of view.

“Your opinion should be challenged and that’s what college is about,” Moran said. “With all the ‘safe spaces,’ ‘crying spaces’ and these protests, I don’t think they are productive in any way. If you are upset with the result, I think that you need to accept it and look in different ways politically that you can get involved.”

Nista said she thinks the recent protests show that some UCLA students are immature.

“To act (like) children and to cry, to scream ‘Trump is not my president’ when in fact, the reality of the world is that he is your president, just kind of shows a lack of understanding of the way American government works,” Nista said.

“It’s the type of hatred that liberal students have towards Trump that make conservative or even moderate students search out more for our club because they feel like they need to find someone who doesn’t hate them for their views,” Moran said.

Nista added she thinks the group can serve as a space for conservative students to share their opinion without facing criticism or attacks from faculty and students who disagree with them.