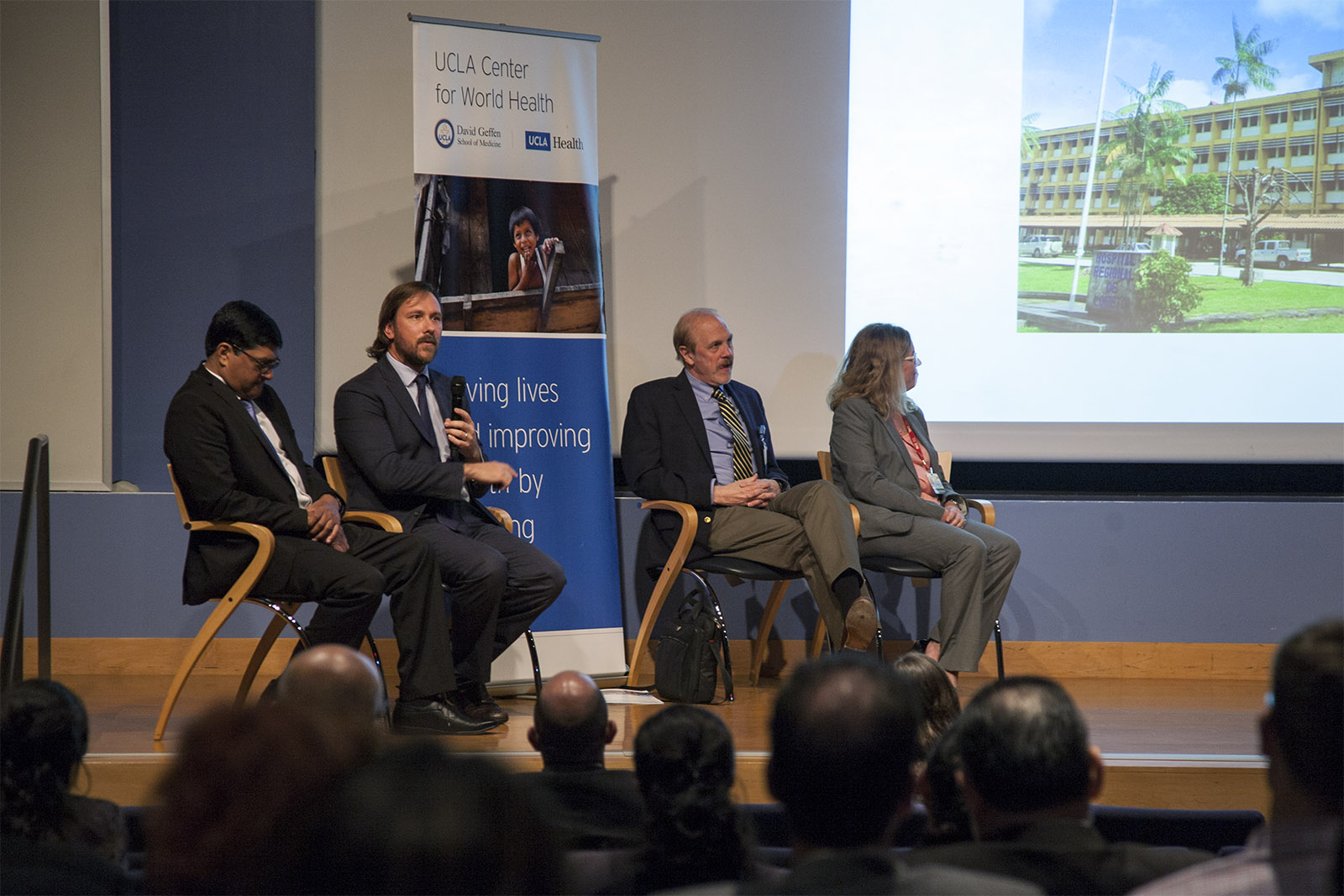 At a panel hosted by the UCLA Center for World Health on Thursday, three physicians from the David Geffen School of Medicine and a physician from Nicaragua discussed the health care projects they are leading in underserved Latin American areas. The event launched the center’s inaugural Latin America Initiative, which operates ongoing programs in Latin America to improve the countries’ health systems.

The initiative aims to improve health care in Latin American countries by helping them build their own professional medical teams, said Jorge Lazareff, director of the initiative. It will train Latin American medical workers about standardized clinical procedures and provide advanced equipment to facilitate patient treatment, he added.

“We always say charity is vertical but what we want to do is horizontal and sustainable,” Lazareff said. “We want to invest in people in Latin America itself.”

Latin American people are more exposed to tropical diseases, especially those transmitted by mosquitoes, said Christopher Tymchuk, an assistant clinical professor from the David Geffen School of Medicine at UCLA.

“But the overall health system … cannot keep up with the rapid emergence of diseases,” Tymchuk said. “The gap between increasing disease rate and the underdeveloped health system in Latin America calls for our attention.”

As part of the initiative’s projects, UCLA researchers are studying mother-to-child HIV transmission.

Researchers in the program have been working in Brazil for 10 years to provide systemized HIV diagnoses and timely treatment for pregnant women, said Karin Nielsen, the research project leader and a clinical professor of pediatrics at the David Geffen School of Medicine.

Nielsen added she is glad her research program helps establish a series of professional clinical facilities in Brazil that will strengthen treatments of various diseases in the future.

“It is amazing to see how our research stimulates local medical infrastructure development in turn,” Nielsen said.

Another program, the International Medical Graduate Program, offers bilingual medical training and family medicine internship to Hispanic immigrants who want to pursue a career in health, said Patrick Dowling, chair of the family medicine education department at the David Geffen School of Medicine.

Many immigrants in the U.S. have received medical education in their home countries but are not able to continue with a health career in the U.S., Dowling said. These immigrants usually cannot get a U.S. medical license because of language barriers or lack of targeted training.

A Latin American immigrant with a medical degree in his hometown may end up serving a Big Mac at McDonald’s because he does not have an American license, Dowling said. He could have told you how bad it is to eat this kind of food with his professional medical knowledge, he added.

“Many Latino patients say ‘yes’ to whatever the doctor tells them,” Dowling said. “But after they come out, you will find that they have no idea about the instructions and hence do not receive efficient treatment.”

Alberto Ortega, a clinical instructor at the David Geffen School of Medicine at UCLA who attended the panel, said he thinks the presentations can inspire medical students interested in promoting global health.

Ortega said he thinks new generations should also take the initiative to contribute to health care. For instance, they can learn medical terms in Spanish to help Latino patients even if they are not from the same cultural background, he added.

“Medical students nowadays are usually full of ambitions but lack in directions,” Ortega said. “The value of the initiative is it shows how everyone committed to medicine can help underserved people if they want to.”

Lazareff said that though the goal of the initiative seems ambitious, he thinks he and his colleagues will eventually improve the Latin American health system.

“The only challenge is to lose ambition,” Lazareff said. “As long as we stick to our original path, we will make a difference.”