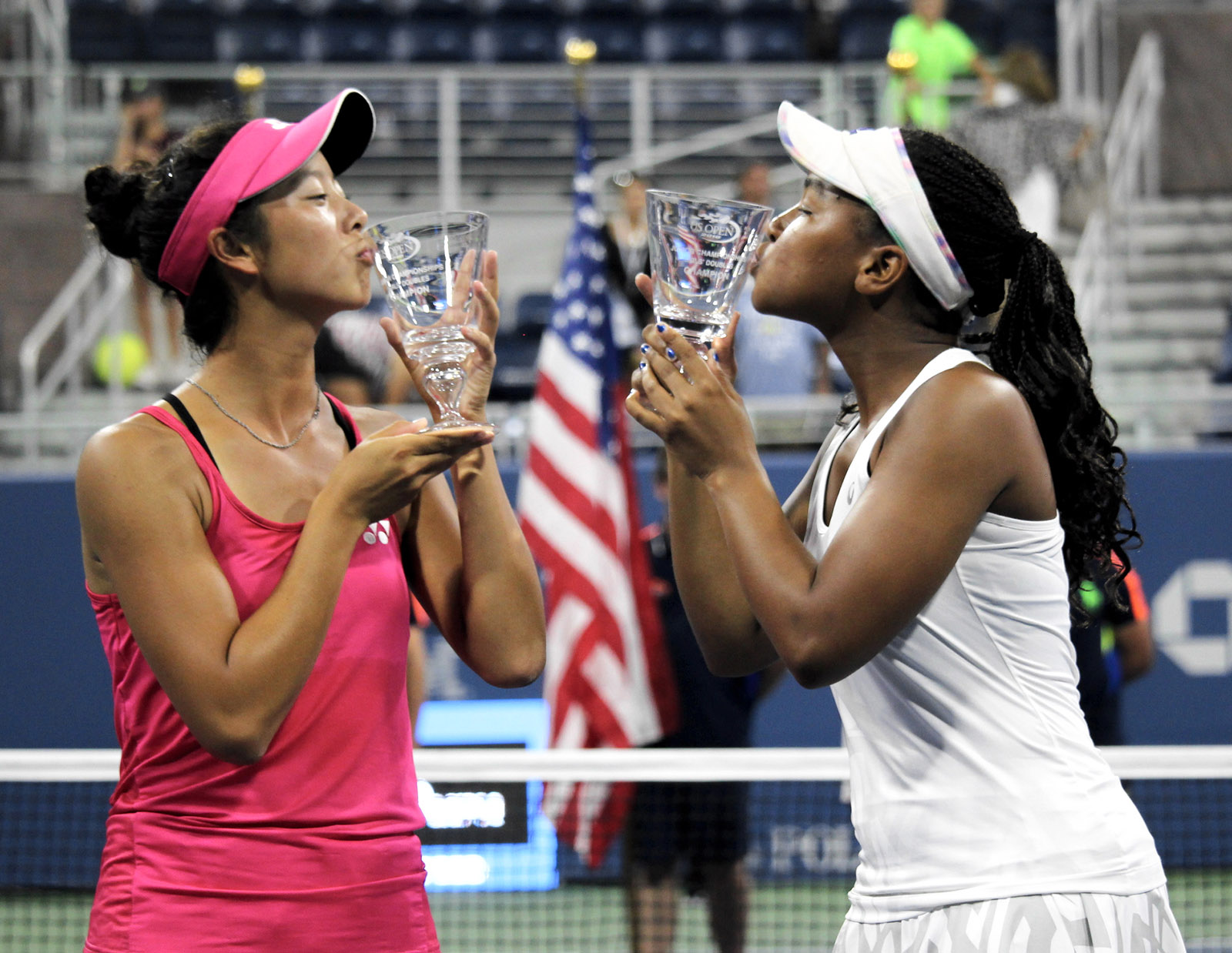 For years, UCLA women’s tennis has been a dominant force, not losing more than seven matches in a season in the last five years. As the team prepares for the start of its season in January, the tournaments in November will be tests of the girls’ preparation.

This season, the Bruins will rely on several new players to strengthen the singles and doubles lineups. Freshman Ena Shibahara and redshirt freshman Jada Hart, who together were the 2016 US Open girls’ doubles champions, are two of the dynamic newcomers to watch.

“I am excited to compete. Last season, I had redshirted, so just being able to compete in dual matches with the rest of the team is exciting,” Hart said. “It is a bigger picture on the court now, and you’re not just thinking about yourself. You are thinking about your coaches, university and teammates involved, so it will be a new experience.”

Both players will compete at the USTA/ITA National Indoor Intercollegiate Championships beginning Thursday in Flushing, New York. Shibahara and Hart play in the women’s doubles against Columbia University’s Star Makarome and Alexandra Solovyev, while Shibahara also faces the Savannah College of Art and Design’s Camille Gbaguidi in the first round of women’s singles.

Shibahara lettered in tennis all four years of high school, but she said the transition to the competitiveness of the collegiate level can still be challenging.

“The college level is a lot tougher because most of the players have experience playing college matches and are a lot more mentally tough,” Shibahara said. “I think that’s been the biggest transition, but getting a lot of matches has helped me be successful in that way.”

Coach Stella Sampras Webster is excited about the team this season, and sees the team’s chemistry as one of its greatest strengths. She is also looking forward to the addition of new athletes.

“We are very excited to have some newcomers with Ena and Jada coming in to compete for us. They have added such a high level of energy and intensity to this team, which has made it so fun,” Sampras Webster said. “I see the practices being really strong and very focused and we just want to keep improving. Having the team bond of everyone working together and fighting for each other in every match is going to be important for us.”

A loud, competitive and energetic nature is something the Bruins believe will make them strong competitors at a higher level. The leadership that the veterans provide and the motivation from the newcomers also expand the energy of this team.

As individuals, it is important for each athlete to strive for improvement to help to build up the team as a whole.

“I think my biggest goals for the season or for each match are a high percentage of serves and execution of short balls,” Hart said. “Speaking for the rest of the team, if we just set little individual goals in our matches, it will make a big impact.”

“I want to improve my mentality,” Shibahara said, in reference to what she hopes to gain from the season. “I want to build my body physically and improve my all-court game.”

Staying healthy is also a primary factor for the team to be successful this season. With little depth and few extra players to fill in, Sampras Webster said, it is crucial to maintain physical strength.

Regardless of how Hart and Shibahara perform this weekend, their main goal is to win the NCAA title in May.

“We always continue to remind ourselves every day that it’s not about who is the strongest or who is the best right now,” said Hart. “It is about who comes out on top at the end.”