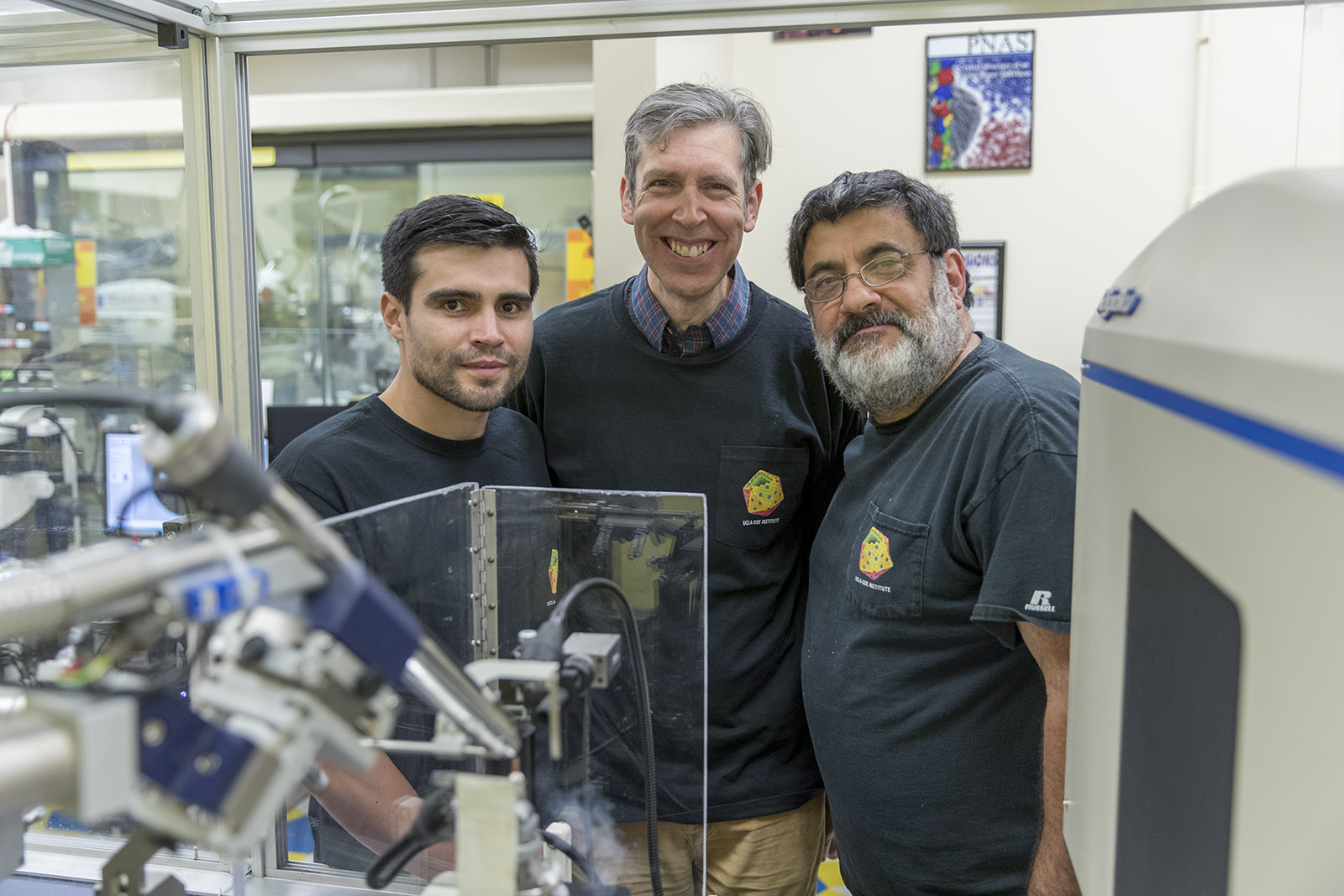 UCLA scientists are researching a naturally occurring mosquito toxin that may be engineered in the future to kill the mosquito species that transmits dengue fever and the Zika virus. (Hannah Ye/Daily Bruin senior staff)

On the ground floor of UCLA’s Boyer Hall, a huge gray machine shoots invisible X-rays at streams of bacterial crystals, each thinner than the width of a human hair.

Five researchers from UCLA have studied the molecular structure of BinAB, a naturally-occurring mosquito toxin, over the past four years, said Duilio Cascio, an associate researcher at the Molecular Biology Institute.

BinAB is a crystalline molecule produced by a strain of bacteria called Lactobacillus sphaericus. In the natural world, BinAB acts as a larvicide by poisoning and killing certain species of mosquito larvae 48 hours after ingestion.

The scientists’ work, published last month in collaboration with other universities, could pave the way for the development of an improved larvicide that targets the mosquito species Aedes aegypti.

A. aegypti transmits the bloodborne pathogens responsible for diseases such as dengue fever and the Zika virus.

“The real beauty of this toxin for controlling mosquitoes is that it targets only a few mosquito species, not harming anything else – like honeybees or fish – that we find helpful to humans,” said Michael Sawaya, a researcher at the UCLA-Department of Energy Institute.

In soil or nutrient-rich aquatic environments, L. sphaericus releases BinAB crystals alongside spores that house genes for bacterial reproduction. The crystal lattice encasing BinAB’s toxin remains intact until exposed to the interior of a mosquito larva’s gut. Then, the gut’s chemical pH of 10 drives apart atoms in the molecule’s crystal lattice, releasing the lethal toxin.

Many classes of organisms – including humans and Aedes mosquitoes – currently lack the receptors and internal conditions required to activate BinAB, Sawaya added.

To study BinAB, UCLA received purified crystal samples from UC Riverside, where a team of four – including an entomologist – engineered a bacterial strain called Bacillus thuringiensis to grow crystals at large sizes. UCLA researchers then gathered billions of these crystals in liquid samples to test how well their atoms were physically ordered, and whether they yielded X-ray diffraction when subjected to an X-ray free-electron laser.

Jose Rodriguez, an assistant professor of chemistry and biochemistry, worked closely with UCLA’s laser for the project.

“We take very small crystals and shine incredibly bright X-ray beams at it – so bright that they totally destroy anything they touch,” Rodriguez said. “We were able to record the signals (emitted) from the crystals before they were destroyed.”

For UCLA’s portion of structural analysis, scientists streamed a concentrated liquid solution of BinAB crystals through the X-ray chamber, Rodriguez said. They then shot laser pulses at the sample through a magnetic device called the undulator, in hopes that rays would hit the crystals at random and diffract, or spread out, onto a detector.

In the final stage of analysis, UCLA researchers sent BinAB crystals to Stanford University’s Linac Coherent Light Source laser, a kilometer-long version of the machine in Boyer Hall. The LCLS laser studied individual BinAB crystals with serial femtosecond crystallography, a technique that shoots beams that last for only a quadrillionth of a second each.

The theory behind the LCLS laser was developed by Claudio Pellegrini, a professor emeritus of physics, who later won a presidential award for his work.

For instance, the UCLA team studied BinAB’s protein-rich propeptide regions, which anchor together the molecule’s two components: BinA, the primary toxin, and BinB, which escorts BinA into a target cell. Now, the team wishes to explore the possibility of attaching BinA to a different second toxin to make the entire larvicide stronger and capable of attacking the A. aegypti strain that transmits Zika.

Rodriguez said as many as 50 researchers from multiple universities – including one in France – have contributed to the research. The project received more than $1 million in grants from the W. M. Keck Foundation, the UCLA-DOE Institute and the Howard Hughes Medical Institute.

“It really took 50 people to go from step one all the way to the end,” he said. “It takes a village to solve this molecular structure.”