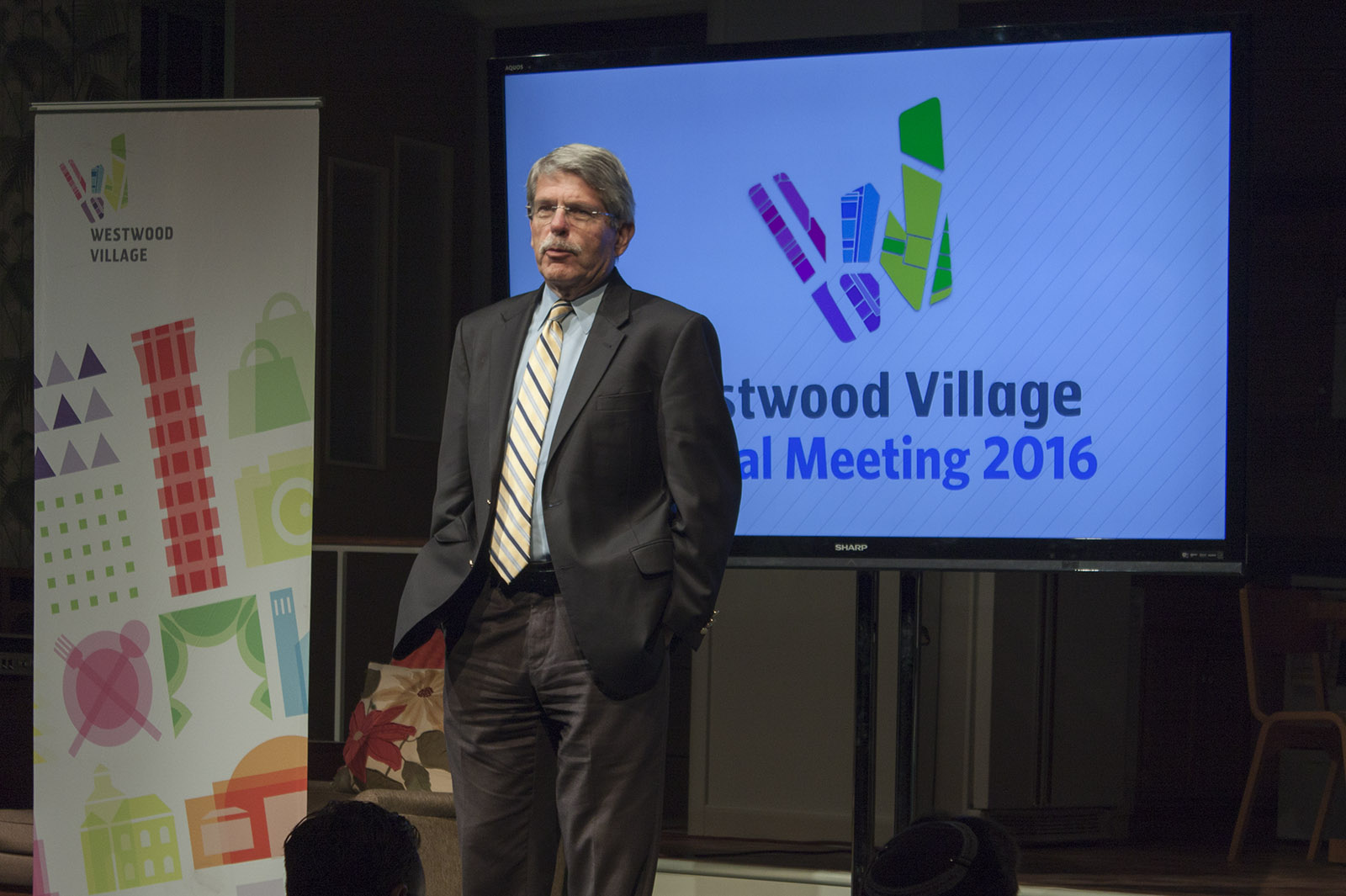 The Westwood Village Improvement Association held its annual meeting at the Geffen Playhouse on Tuesday, where its staff discussed last year’s progress and what the public can expect in 2017.

The association operates Westwood Village’s business improvement district, which provides services to the area that the city cannot provide.

Andrew Thomas, executive director of the association, said at the meeting that Westwood Village has seen a rise in quality businesses over the past year. Thomas said the association helped launch the Express Park program and installed signs to help visitors navigate Westwood.

More people are living in the Village and sales tax revenue collected in Westwood increased from $1.6 million to $1.8 million since 2012, he added.

Thomas also said city officials will repair more sidewalks through the Great Streets program and paint a mid-block crosswalk on Westwood Boulevard between Weyburn and Kinross avenues. UCLA will also install two bike-share hubs in the Village early next year.

The meeting also featured guest speaker Zev Yaroslavsky, a UCLA alumnus, former Los Angeles city councilmember and former member of the county board of supervisors. Yaroslavsky spoke about Westwood’s role as an entertainment center during his term as a councilmember and how he thinks it can appeal to surrounding communities better.

Yaroslavsky also said he sees the positive impact the association has had in its time in the Village.

“You need something like the (association) to look at the interests of the Village as a whole,” he said.