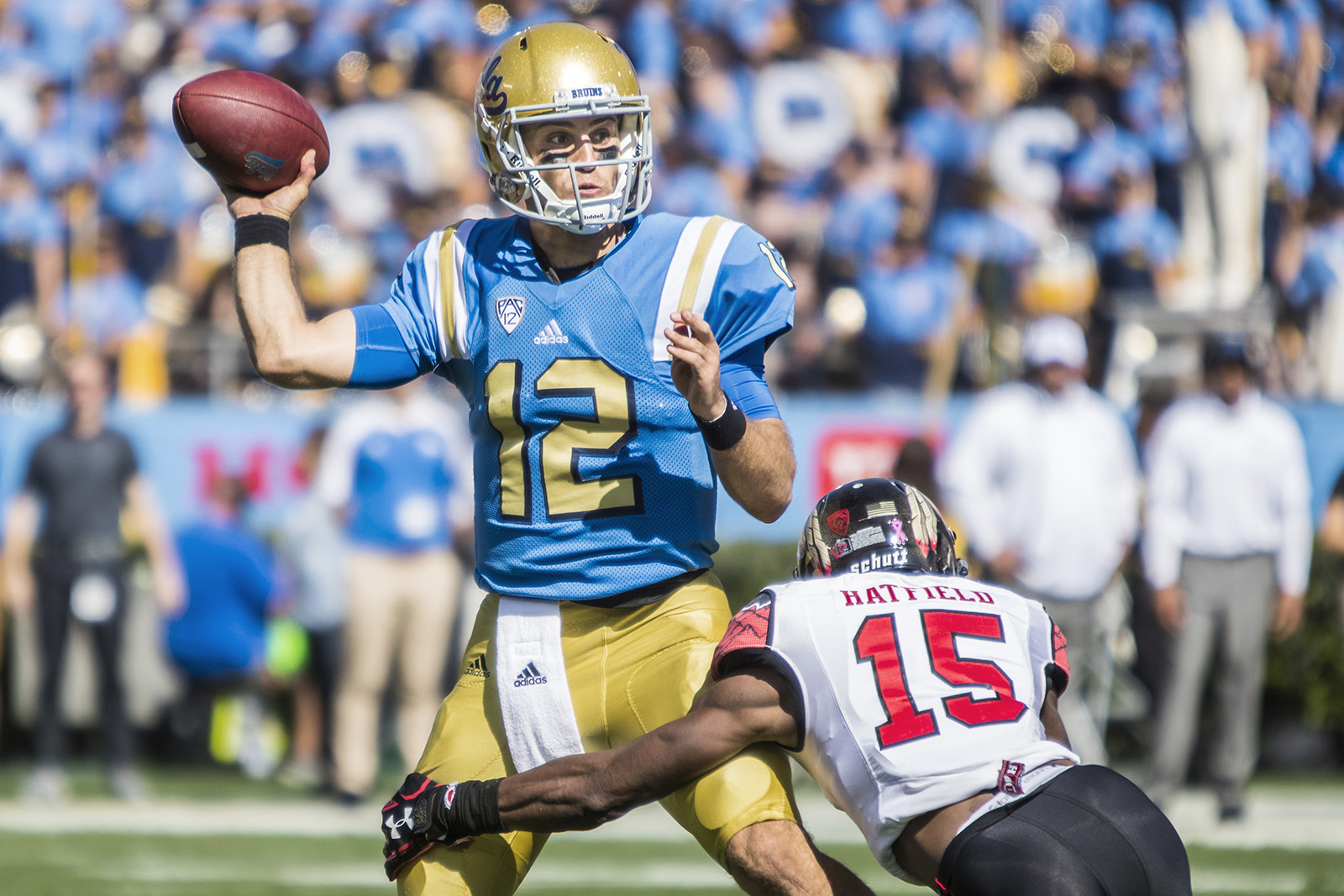 Mike Fafaul helped the Bruins bounce back from a 14-0 hole with three straight touchdowns, but the redshirt senior quarterback threw two interceptions and fumbled once to keep the Utes in the game.(Hannah Ye/Daily Bruin senior staff)

No Rosen, no problem.

Redshirt senior Mike Fafaul started for the second consecutive game and was able to lead UCLA to three touchdowns in the first half against Utah.

But the Bruin defense that has been so stout all season began showing cracks.

In between some dominant play, UCLA gave up big plays that led to 27 Utah points.

The game started off as bad as it could have for the Bruins, with the opening kickoff returned for 99 yards and a touchdown. The Utes then marched down the field the next time they touched the ball to jump out to a quick 14-0 lead less than four minutes into the game.

That’s when Fafaul and the offense took over, scoring three touchdowns in a little more than five minutes to bring UCLA back into the game.