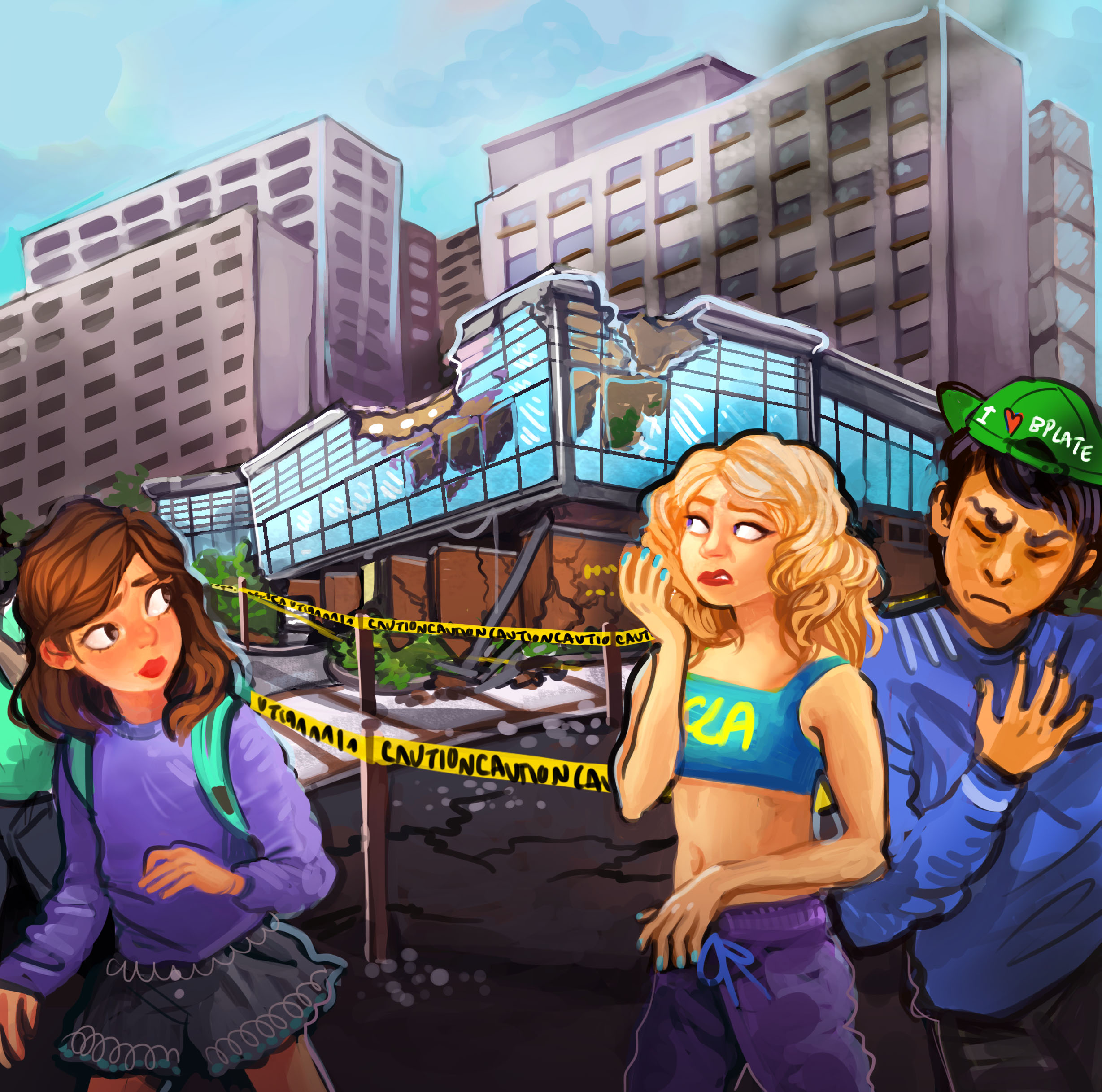 Loudspeakers in the David Geffen School of Medicine prompted people to “Drop, Cover and Hold On” during an earthquake drill Thursday morning.

The drill, which was part of the Great California ShakeOut, happens yearly and aims to prepare California residents for earthquakes. Loudspeakers alerted students in areas across campus, including the David Geffen School of Medicine, Bruin Walk and residence halls, that there was an earthquake drill.

In late September several earthquakes, or an earthquake swarm, struck the Salton Sea, which is located on the San Andreas fault near Los Angeles. The swarm increased the chance of an earthquake striking the fault from two to 60 times the average probability, according to the Los Angeles Times.

Thursday’s ShakeOut was meant to prepare people for that possibility.

Kurt Kainsinger, director of the Office of Emergency Preparedness at UCLA Health, said the ShakeOut allows people to practice the muscle memory of responding to an earthquake.

“We want to condition our faculty and students and staff and everyone who is in our buildings to take immediate action when they feel an earthquake,” Kainsinger added.

But most earthquake swarms don’t cause larger earthquakes, said Jonathan Stewart, professor and chair of civil and environmental engineering.

“Sometimes earthquake swarms happen and nothing follows, most of the time,” Stewart said. “There is a probability, about 5 percent, that when you have an earthquake it can be the precursor to a larger earthquake.”

The warning period for additional earthquakes on the San Andreas fault ended earlier this month, according to the California governor’s Office of Emergency Services. But Stewart said other faults closer to UCLA pose a threat as well, including the Santa Monica fault or the Newport-Inglewood fault.

“These (earthquakes) are not capable of a magnitude of 7.8 … but they’re much closer (to campus),” Stewart said.

Following the 1994 Northridge earthquake, some buildings on campus were retrofitted or rebuilt to strengthen their abilities to better resist earthquakes.

“(Requirements are) very strict; how things need to be seismically anchored (and) installation for anything that needs to be mounted on the wall needs to be structurally engineered to meet standards,” Kainsinger said.

Regardless, Kainsinger said he thinks earthquake preparedness should be taught in the curriculum. He said UC Health employees participate in a new hire orientation with a 15-minute presentation on earthquake and general disaster preparedness.

“‘Drop, Cover and Hold On’ is the single most effective way of protecting yourself in an earthquake,” Kainsinger said.

According to the Earthquake Country Alliance – an organization that aims to improve earthquake safety – rescue teams, emergency managers and researchers agree that the “Drop, Cover and Hold On” principle is the best way to prevent injury or death in an earthquake.

Kainsinger also said students can prepare for earthquakes by identifying seismic hazards in their dorms or homes, such as heavy objects that could fall and cause injury.

“It’s good just to keep people aware of what they need to be doing,” Brandenberg said. “Because it’s easy to forget about the threat.”