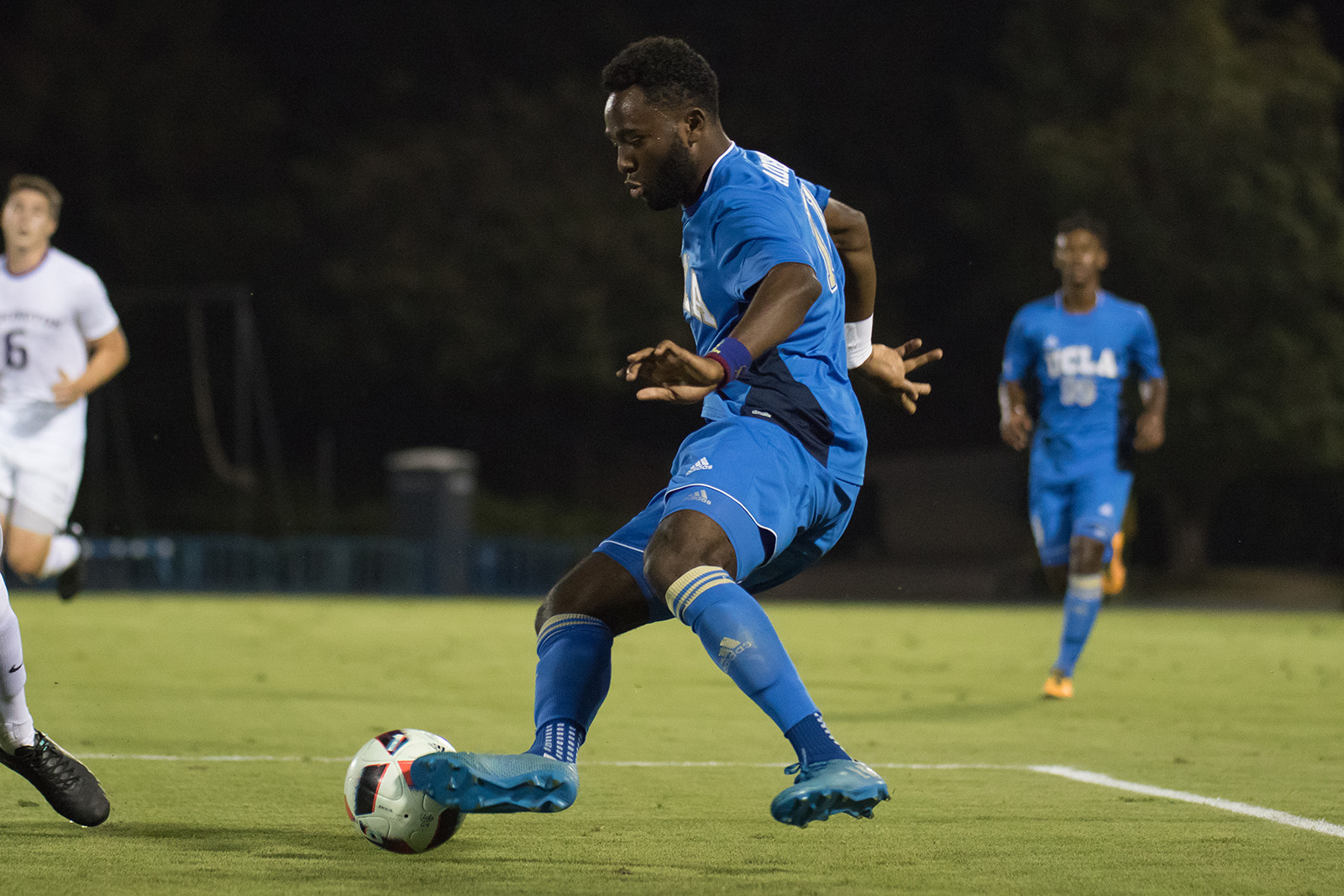 Forward Seyi Adekoya was very efficient with his shots Sunday against Stanford. The junior took two shots with both of them being on goal in the Bruins 3-0 loss. (Austin Yu/Daily Bruin senior staff)

As the UCLA men’s soccer team’s road trip comes to a close, so does its three-game winning streak.

The opening 10 minutes saw little action, but the following 15 were completely different.

With the game clock at 62:55, the Cardinal finally had the Bruins on the ropes. A shot by junior forward Corey Baird hit the post, but Stanford was able to regain possession.

The Cardinal attempted two shots in rapid succession in the 64th and 65th minutes, but failed to score.

Then, at the end of the 65th minute, the first goal was scored. Redshirt sophomore midfielder Sam Werner finished low and at the left post for his first goal of the year to put Stanford up 1-0.

Having opened the floodgates, the Cardinal piled on the goals, scoring again in the 75th and 79th minutes to finally gain a sizable lead.

Stanford ended the game with 20 shots, 11 of them on goal. UCLA had just 11 total shots with three on goal.

Midfielders redshirt junior Brian Iloski and sophomore Jackson Yueill led the team with three shots apiece. But it was forward Seyi Adekoya who was the most efficient. The junior took two shots and both were on goal but couldn’t convert on either.

A bright spot for the Bruins was newly minted freshman goalkeeper Kevin Silva. Before tonight’s game, Silva had only allowed three goals and notched 10 saves in three games. Two of his games were shutouts.

Sunday night was another good one for the freshman. Despite the three goals scored against UCLA, Silva saved eight other attempts, bringing his total for the season to 18 in just four games.

With exactly two-thirds of the Bruins’ season now complete, they will have one more chance to redeem themselves against the Cardinal, the team with the best record in the Pac-12, next Sunday at home.