Researchers strive to channel the strength of terahertz waves 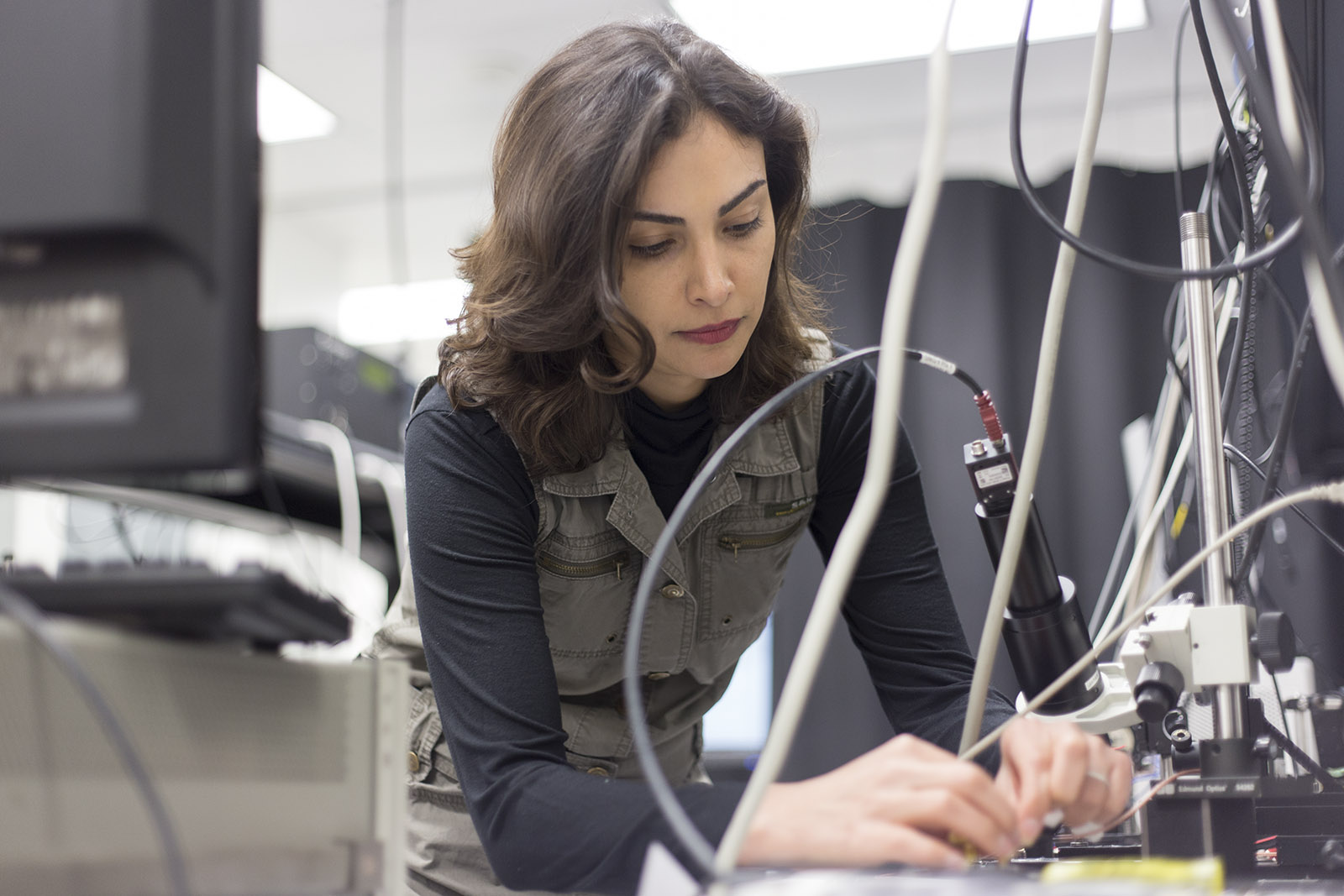 A UCLA researcher is working to improve doctors’ abilities to detect tumors.

Jarrahi won the Popular Mechanics Breakthrough Award this year for her research, which may eventually lead to better imaging technology for detecting tumors and early signs of cancer.

“Our lab is working with physicians to employ our technology for various medical imaging and diagnosis applications, including burn wound characterization and early stage detection of lung cancer and melanoma,” Jarrahi said.

“Terahertz technology has a lot of unique applications for imaging and sensing,” Jarrahi added. “One of the main problems that we have in this field is lack of high-power radiation sources and high sensitivity detectors to be able to do imaging and sensing in various settings.”

The device Jarrahi developed has high sensitivity detectors that allow researchers to see deeper into tissues, allowing them to study environments that weren’t easily accessed before.

Jarrahi added that researchers can also see new concentrations of chemicals with the terahertz radiation waves.

Shang-Hua Yang, who works with Jarrahi in the lab, added the terahertz power level can also offer opportunities for agricultural inspection and pharmaceutical quality control.

Nezih Yardimci, a doctoral student in the electrical engineering and computer science department at the University of Michigan, Ann Arbor, has worked with Jarrahi in the lab for four years.

“She is well-versed in physical and wave electronics and taught me how to conduct more effective research, think innovatively and devote myself to what I do,” Yardimci said.

Jarrahi said the lab is working to make the terahertz imaging systems more compact and efficient. With that technology they hope to miniaturize the entire imaging system and create sensors small enough to fit in handheld devices like the iPhone.

“The general idea is to eventually design a handheld device (that can be used) for personal monitoring,” she said. “The great thing about terahertz waves is that they have very low energy compared to x-rays, so being exposed to these rays for long periods of time wouldn’t cause health problems, since they don’t harm the tissue.”

Jarrahi will continue to work to make the terahertz waves more sensitive so researchers will be able to accomplish new tasks – from making airport security sensors stronger to improving researchers’ ability to explore space.