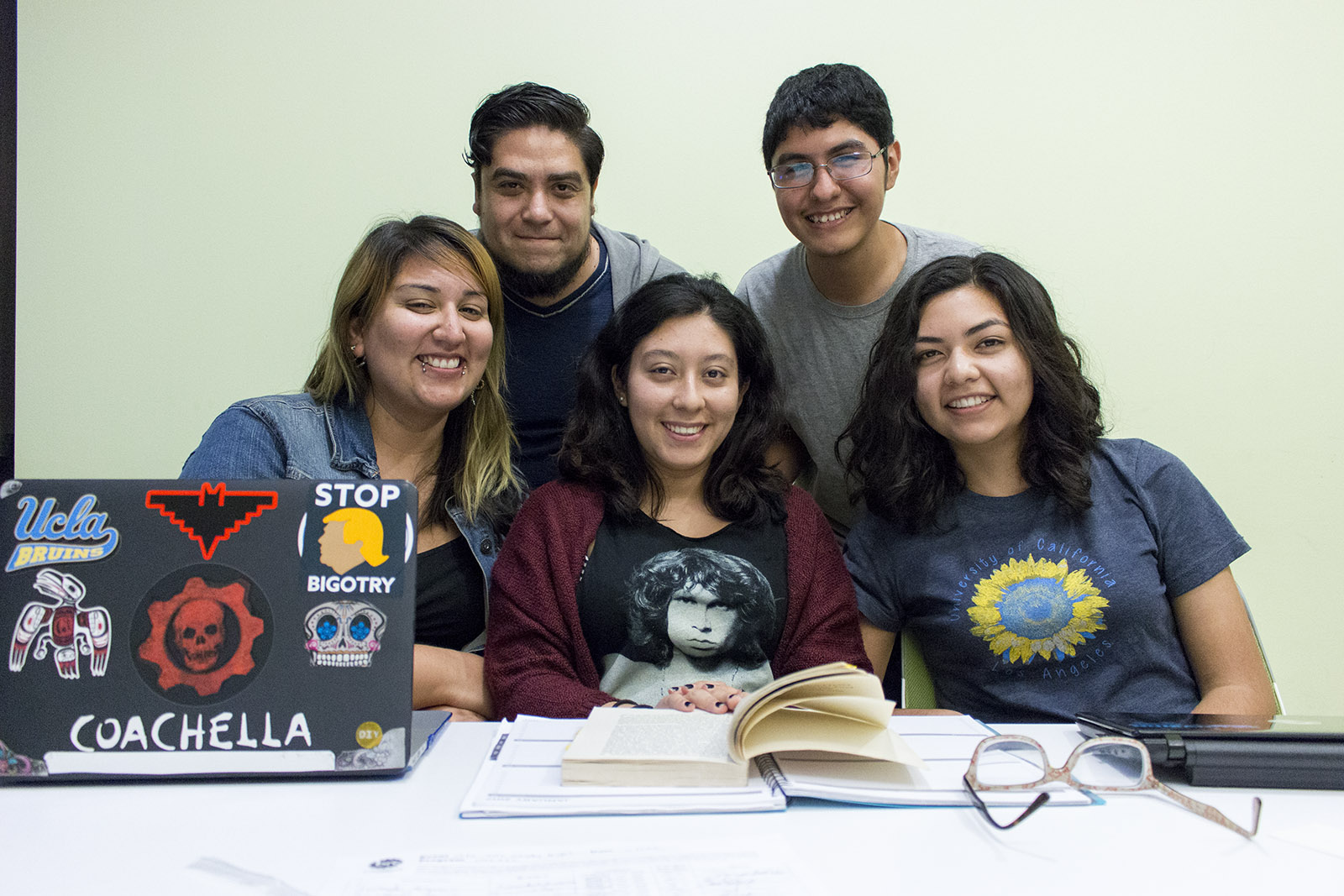 Cristian De Nova hid his status as an undocumented student from his friends when he was a freshman.

He said he was intimidated by the strength of other UCLA students, who were active in their communities and stood for causes they believed in. De Nova never imagined he would come to do the same and mentor undocumented students in his fourth year, he said.

“I was shameful of my identity at first,” said De Nova, a fourth-year microbiology, immunology and molecular genetics student. “But when I went to my first IDEAS meeting, it felt so good to see (that) everyone was undocumented and was able to bravely say that out loud.”

U-SPARC was expanded from the IDEAS retention committee, which consisted of a group of members who tried to provide undocumented students with resources to increase retention. The committee’s free textbook lending program will continue to operate under U-SPARC.

The program was funded by the Undocumented Student Program, a service in the Bruin Resources Center.

Peer counselors will meet with students regularly and hold workshops to connect them to financial, legal and academic resources, said Norma Reyes, a U-SPARC peer counselor and a fourth-year political science student.

Reyes, who is also a former Daily Bruin staffer, said three peer counselors in the program will have five mentees each, she added.

Reyes said she thinks the peer counselors will also be able to give students psychological support because students may get stressed out from the difficulties they face.

“We don’t want to force students to come out as undocumented.” Suarez said, “But we just want to let them know there is a supporting net at any point in case they need it.”

De Nova said some undocumented students lack the motivation to study because of the legal and financial issues they face at home or at school.

He also said he thinks that though most UCLA students are in favor of undocumented students studying at UCLA, some people make them feel unsafe.

“Some people ask me ‘Why don’t you just come here legally and do it the right way?’ but they don’t know only people with privileged status can do that,” Reyes said.

Many undocumented students apply to Deferred Action for Childhood Arrivals, a policy that allows them to stay and work legally in the U.S., Reyes said. However, students who are not eligible for DACA aren’t permitted to work and thus face more financial difficulties, she said.

Suarez said he does not have DACA and has to pay around $39,000 of tuition out of pocket every year.

Many undocumented students are not eligible for state and federal financial aids, Reyes added.

De Nova said many undocumented students take a quarter or two off or simply drop out of college because they can’t afford school.

Reyes said she thinks peer counselors can provide tips to succeed in life because they went through the same challenges. She added many undocumented students commute so they might benefit from knowing about van drop-off services and BruinCard discounts in Metro.

Students need to renew their DACA every two years, De Nova said. However, because of the election, many renewal applications that would normally be approved have been delayed.

He said he thinks undocumented students’ lives are affected by campus and political climate. He added the Undocumented Student Program has recently hired two immigration attorneys who are able to answer questions for students enrolled in the program.

“A lot of what we do or what we decide to do with our lives is ruled by legislations,” Suarez said.

Suarez added the program also wishes to take into account the diversity of experiences within the undocumented students community.

While past immigration movements have been centered around Latinos, there are also undocumented students from Asian, black and other racial communities, he said.

Reyes said that she hopes the program can encourage students who were previously underrepresented to seek help.

She added she has always been inspired by people who worked to pass legislation like the California Dream Act, which has allowed some undocumented students to receive financial aid.

“It’s because of their work that it has been nowhere near as difficult for me as it is for others,” Reyes said.