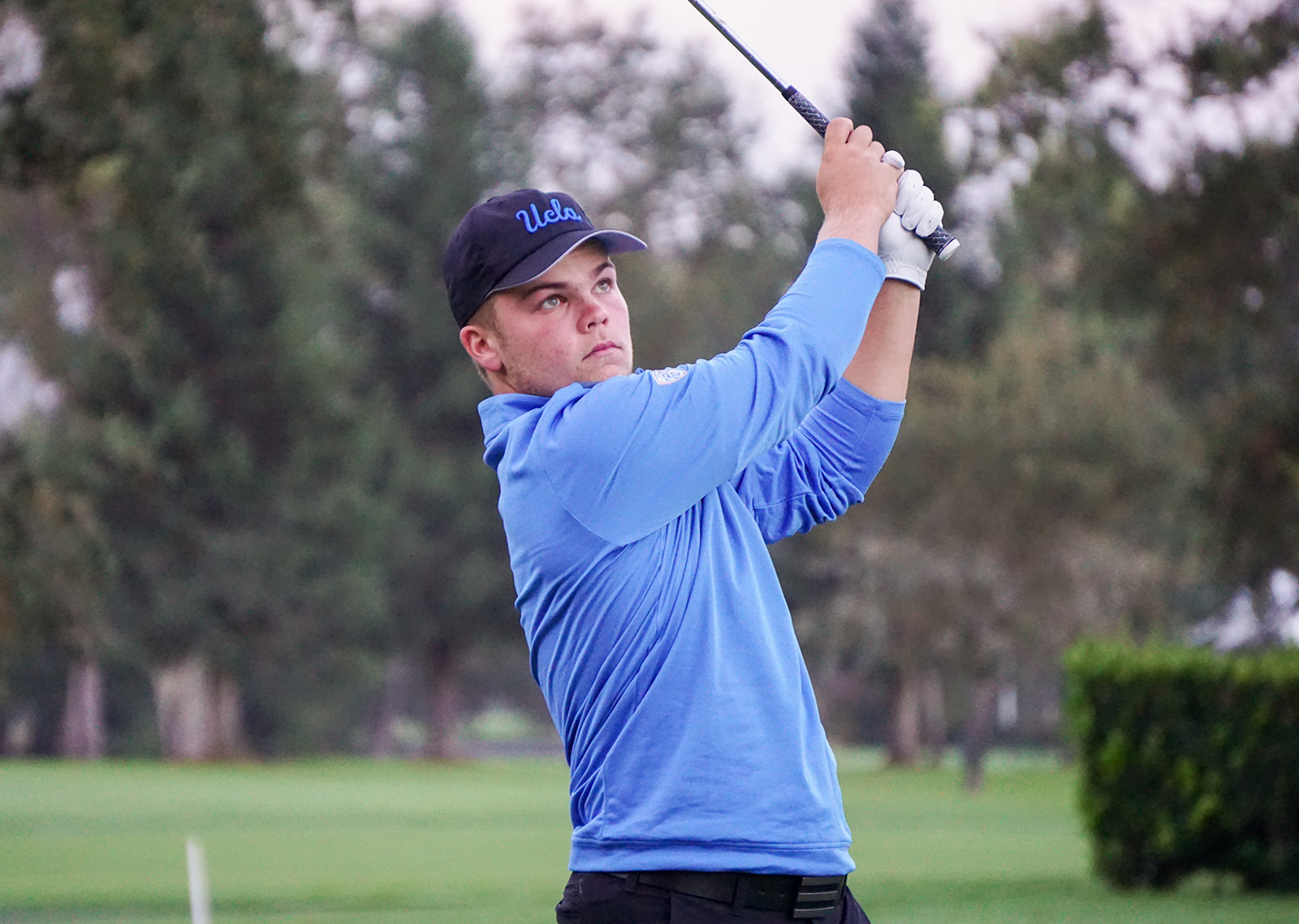 Sophomore Matt Hutchins was one of two players to finish in the top 10 for the Bruins in their season-opening tournament. The sophomore ended up tying for third, shooting a 2-under 208. (UCLA Athletics)

The UCLA men’s golf team finished in third place in their season opener Monday after a two-day tournament in River Hills, Wisconsin.

The Bruins finished their first round with a 7-over 280, tying with Mississippi for third place.

The golf team improved in the second round and moved up in the ranks to second place after shooting a 5-under 280, trailing by two points, only to fall back down to third place in the final round. Meanwhile, first place ultimately went to Northwestern.

After the two rounds Sunday, junior Tyler Collier made his way to first place totaling 3-under 137. After a tough third round, however, Collier finished tied for fifth with a 1-under 209.

Sophomores Matt Hutchins and Cole Madey also finished in the top 10 of the tournament. Hutchins, who started off tied for third also ended tied for third againwith a 2-under 208. Madey would finish in six-way tie for tenth, ending with a 1-over 211.

UCLA concluded the tournament shooting 5-over 845overall and finishing first in both birdies and par-4 scoring.