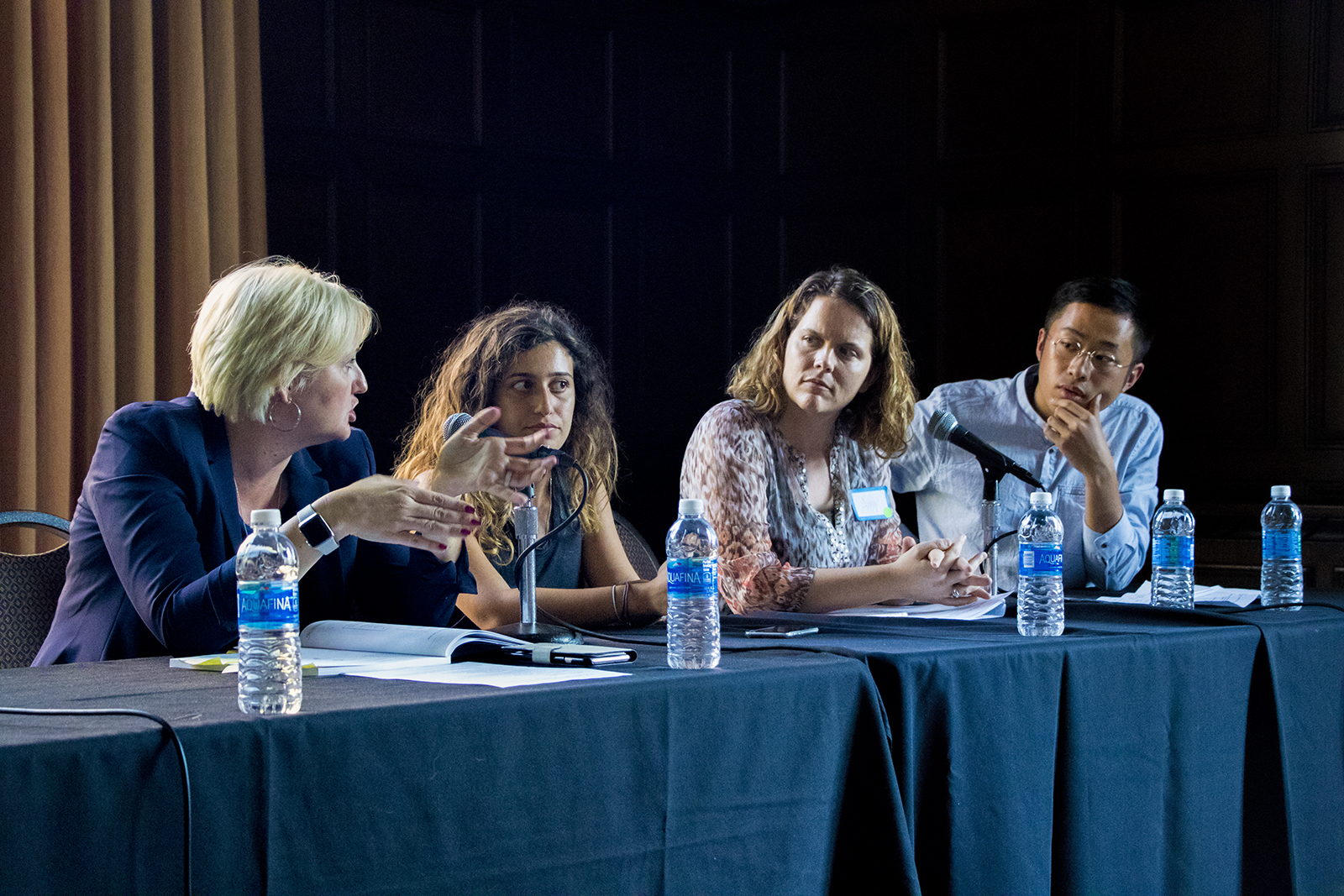 UCLA administrators spoke at a USAC forum Friday about how to improve resources for international students on campus. (Courtesy of Jack Guo)

The forum was organized by the USAC president’s Committee of International Relations, said USAC President Danny Siegel. Siegel said he created the committee this year in order for USAC to better engage with international students and give them representation in student government.

The forum began with presentations by administrators and undergraduate student government officers on common issues international students face and resources cultural groups can benefit from.

USAC Internal Vice President Sabrina Zeigler gave an introduction to her office and talked about resources her office can provide for cultural groups, many of which host events and program for international students. She also talked about SOLE Mates, a program her office is working to implement that would pair student groups with an IVP liaison to help them navigate UCLA policies.

“We have alumni in big cities all over the world and we have international student alumni who live here in the U.S.,” she said. “They were in your shoes and they can help you.”

“Instead of having each cultural group independently try to tackle all the problems international students face, why not work together to better solve these problems?” she said.

“A lot of (international) students choose to come to UCLA to experience American culture,” she said.

Deramchi encouraged cultural groups to host events that students from different cultural backgrounds can attend, like trips to explore LA.

ZuYi Ray, president of the Malaysian Student Association, said the event helped him think about issues he had not considered before.

“I liked some of the topics discussed including how to better integrate international students,” he said. “As cultural groups, I don’t think we think about that often.”

Xinghong Tang, vice president of the Chinese Students and Scholars Association, said she thought the forum helped her club think about initiatives they can work with other cultural groups on.

“We had some good discussion (today) but we still have a long way to go,” she said.

Jack Guo, the director of the Committee of International Relations, said the committee has begun working on several initiatives to help international students and plans to use feedback from the forum.

“These (peer helpers) are there just to give advice on life and how to navigate UCLA,” he added. “It’s just an additional resource for international students when they prepare to attend UCLA.”

The committee is also working with the UCLA Writing Center to hire trained tutors to help international students who are not used to writing in English, Guo said.

Guo said he thinks UCLA and USAC have not generally integrated international students into the campus community, but he thinks this committee will help change that.

“International students are such a large group so it’s unacceptable that they didn’t have any representation in USAC until now,” he said.