Throwback Thursday, Week 1: On a roll in Westwood 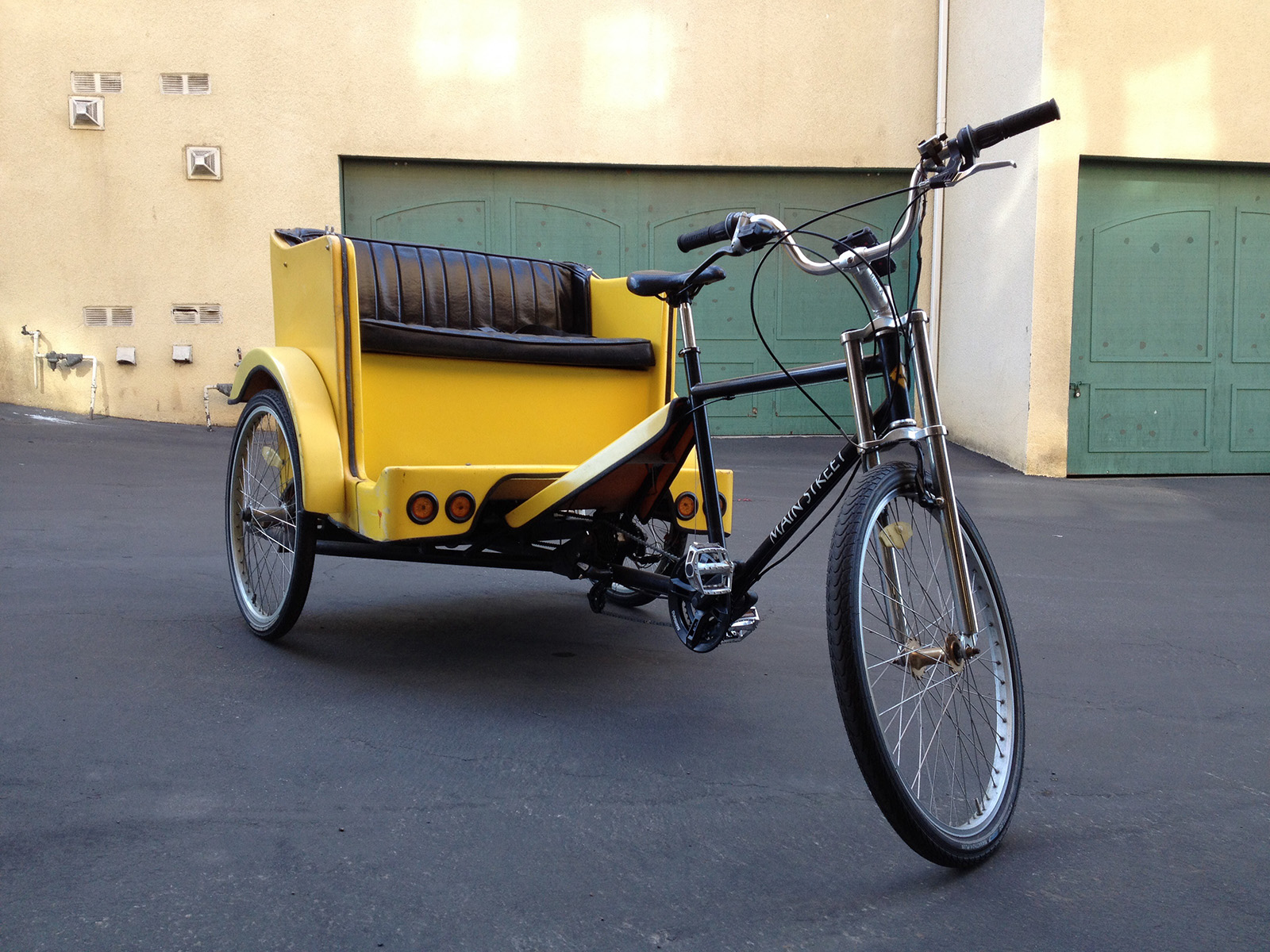 Back in the ’80s, this could’ve been your sweet ride down Westwood Boulevard. (Creative Commons photo by Umberto Brayj via Flickr)

Driving around in Westwood is usually enough to give me a near heart-attack. Between the chaotic scramble of city traffic and rogue pedestrians just waiting to jump out from street corners, a drive through the Village just isn’t complete without at least one near fender bender.

But 30 years ago, Bruins had another option to get around in style: pedicabs, a cross between a rickshaw, a bicycle and a taxicab. A young gentleman, usually dressed in a tuxedo shirt, bow tie and shorts, would pedal around with a two- to three-person coach in tow. A Daily Bruin article from September 30th, 1986 described the pedicabs as “ever popular, newly fashionable”.

There’s very little about that picture I’d consider “fashionable,” but that’s true of most things from the eighties. Regardless, the pedicab business was booming, with passengers paying $3 for a 10-minute ride, and a company called First Class Pedicab dominating the Westwood market.

The all-male driving staff consisted mainly of UCLA students, although First Class owners Peggy and Joe Kidwell had very high standards for those who would don the shorts and bow ties. The drivers needed at least two years of college experience and a 3.0 GPA under their belts before they could pedal guests around Westwood Village.

However, the drivers needed to look and act presentable because the job stressed sales skills – drivers told the Bruin about the need to sell themselves to potential passengers. Over time, each driver developed a unique sales pitch to entice people into shelling out the cash for a ride.

The sales process usually involved some serious socialization in order to build some rapport with customers. As one driver put it, the trick was to “be attractive”. Or, in other words, be “blond, good-looking and have an English accent. Then girls will want to ride”.

Fortunately, it would be easy for each driver to maintain his attractive physique because the job of pulling a 200-pound cab always promised a strenuous workout. Doing it for a single 10-minute ride would be difficult enough, but each driver hoped for as many rides as possible.

And while trends and tastes may evolve with time, some things never change. Peggy Kidwell reported that Westwood pedicabs received over 200 tickets, especially when drivers would use their bikes to pick up girls. Kidwell added that her model drivers had never received a ticket or been involved in an accident.

Nonetheless, true to government form, Los Angeles thought them a traffic nuisance and considered a pedicab ban, removing these goofy carts from the streets for good. While Los Angeles no longer issues business permits for pedicabs, Santa Monica started granting them in 2013. So if you ever find yourself with an intense desire to be towed by an attractive young gent down a beach boulevard, at least you probably won’t be hit with the tuxedo shorts combo.