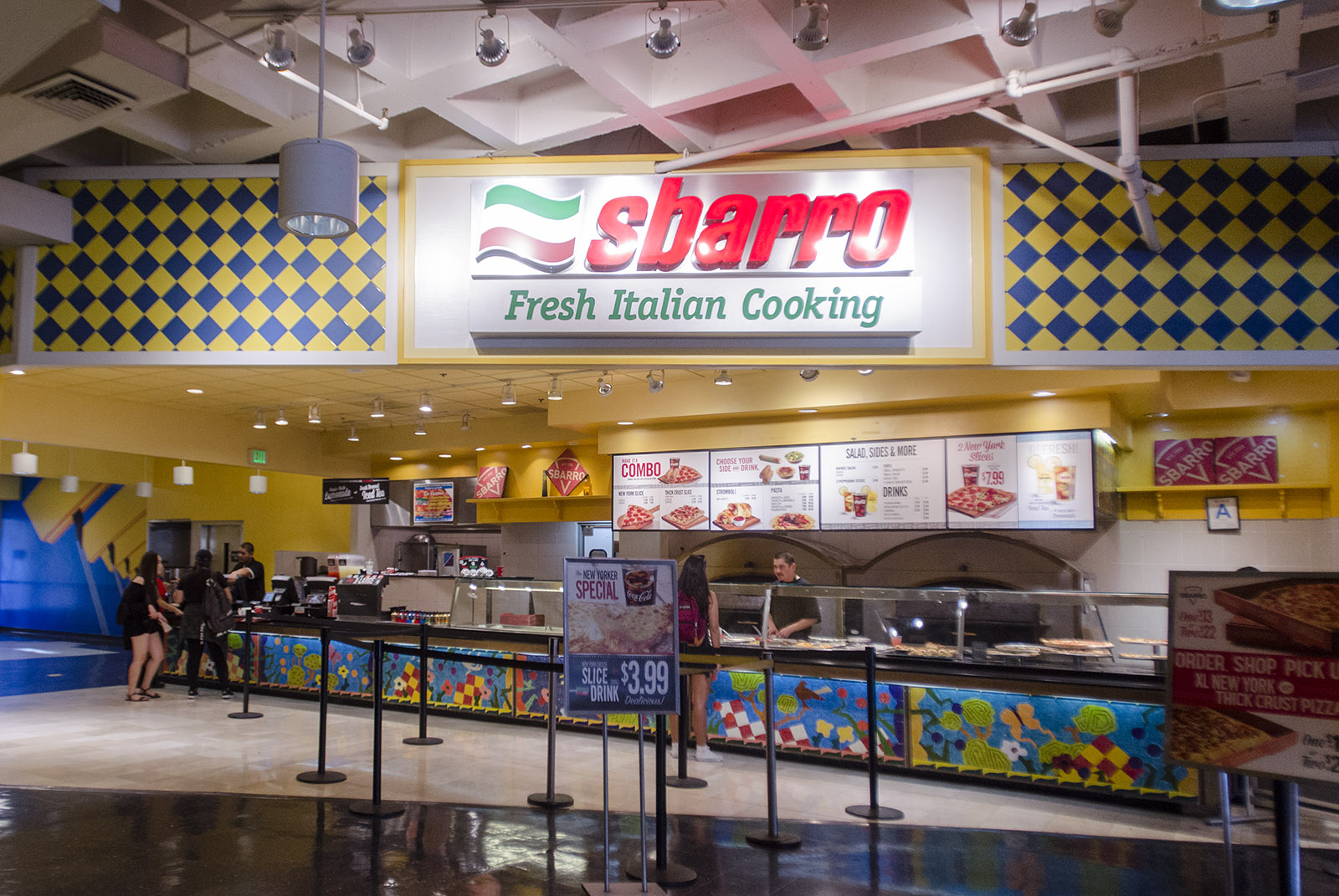 Sbarro, a chain pizza restaurant, closed its location in Ackerman Union on Thursday.

ASUCLA is still negotiating with a replacement vendor, said Cindy Bolton, the director of food services for ASUCLA.

The restaurant has been in Ackerman Union for almost 20 years, she said. Sbarro has had multiple leases and extensions with ASUCLA. The last extension expired in 2014, and the restaurant received two one-year renewals. The last renewal expires Friday.

Bolton said the ASUCLA Board of Directors considered either giving Sbarro another extension, implementing a self-operating vendor or implementing a vendor that ASUCLA would operate. The board chose to go through a formal bidding process to lease the space to a third-party vendor, she said.

The name of the new vendor will not be announced until after the contracts are finalized, Bolton said.

Sbarro’s sales volume and customer count were both taken into account in the decision-making process, Bolton added.

“They definitely had sales and customers, but they were not our most popular brand,” she said. “I’m sure there are loyal (clients) that will be disappointed.”

Sbarro will move their equipment out Friday, and a barrier wall will be set up for construction. Bolton did not say when construction will begin.

ASUCLA will not pay for the construction and conversion of the replacement vendor, which is one of the advantages of leasing to a third-party vendor, she said. The association has not set aside a budget for the new project but they expect any additional expenses will not be significant.

Bolton said students will still be able to get pizza at Wolfgang Puck, and ASUCLA will open a new pasta bar at The Greenhouse on Monday.

[Related: Game On! closes in Ackerman Union on Sept. 11]

Jackie Zhang, a second-year environmental science student, said she has only had the pasta at Sbarro, and she thought it was good but slightly overpriced. She added she thinks Sbarro employees were efficient at preparing and serving food quickly for busy college students.

Niccolo Pabustan, a third-year molecular, cell and developmental biology student, said he didn’t know Sbarro was closing and is disappointed because he likes the restaurant and has often gotten meals there after class.

Pabustan said he thinks Sbarro’s closure may have had to do with its location.

“Usually people get out of the elevator and the first thing they see is Panda (Express) or boba,” Pabustan added. “If Sbarro had been out front, they probably would have had more customers.”

Matt Yun, a fourth-year statistics student, said he has never been to Sbarro, and usually eats at Panda Express when he goes to Ackerman Union.

“Sbarro has never caught my attention, so I never tried it,” Yun said. “I’m pretty indifferent to it closing.”

The process to replace Sbarro is still at an early stage, and the Board of Directors will decide when the announcement about the new vendor goes public, Bolton said.