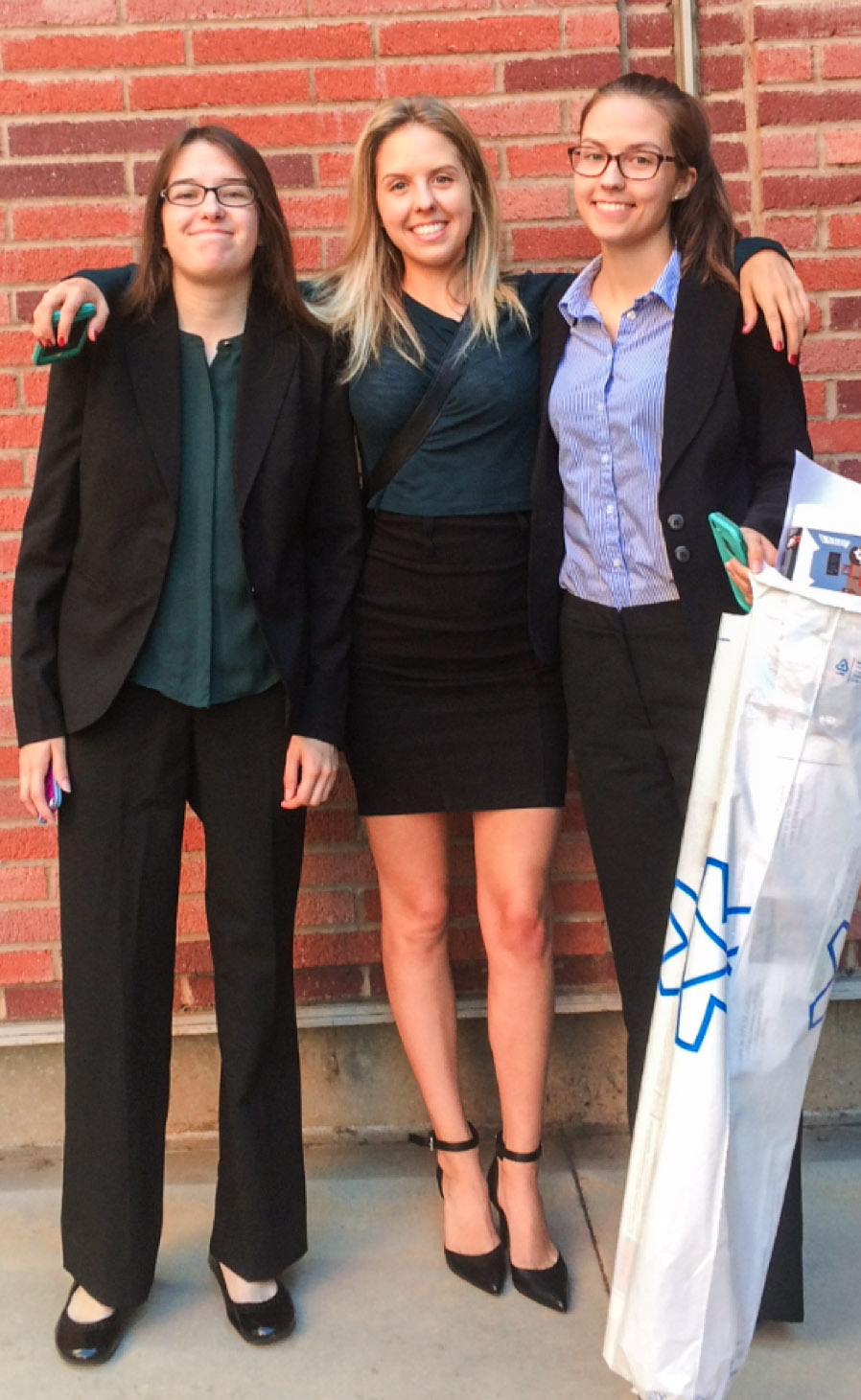 In a game created by a UCLA student and her two sisters, 11- to 14-year-old players can combat a villain as agents for a top secret government agency. Throughout the game, players time travel and encounter women who have made contributions to science, technology, engineering and mathematics.

The team of triplet sisters, including third-year computer science student Megan Williams, created “Agent XX” to encourage young women to enter STEM fields. On Sept. 15, the game won first place in the education category of the Code for the Mission contest and received $5,000, Megan said.

The competition, which the Office of Information Technology and the Office of Intellectual Property hold yearly, encourages faculty, staff and students to design innovative applications that further the university’s mission of research, education and service.

The girls said their inspiration for “Agent XX” hails mostly from conversations with their friends in high school who did not think they had what it took to go into STEM fields.

In the game, which is set in the year 2050, players fight Dr. Evila, who compromises the security of their secret government agencies and steals an important document, Alicia said.

Dr. Evila escapes in a time machine, tears the document into pieces and scatters it throughout time. Players are sent on a mission to find the 20 pieces of the stolen document and meet 20 historical women in STEM along the way.

Players learn key ideas from each of the women’s fields through short lessons that test their understanding of STEM concepts, she said.

The mobile app is not yet available to the public, but it is expected to be released summer 2017, Megan said.

“I hope young girls who play this game can be introduced to math and science concepts they’ve never seen before,” Megan said. “Many of the girls lack confidence in their abilities, so one of the things the app provides is positive feedback they receive when they answer questions correctly.”

The team began the design process for the app by creating storyboard sketches and characters for each scene of the game, Alicia said.

To design the women in the game, Alicia said she found reference pictures of female cartoon characters on the internet and edited them to fit the game’s theme. She used Paint 2 on her MacBook to draw the images for the game.

Stephanie said that when they entered the game in the competition, they encountered challenges with the game’s formatting and plot.

“It all came down to the small details, like the design of the buttons, and ensuring formatting issues were straightened out, like the height and width of the screenshots,” Stephanie said.

The sisters said the most important aspect of their design process was the research that went into developing the game content. Megan said they spent three to four hours each day in the library over the course of two weeks researching and mastering the STEM concepts they would include in the game. For instance, the sisters would review middle and high school mathematics and find ways that it would appeal to young girls.

UCLA holds all rights to the mobile app, but the sisters will be responsible for ongoing developments, Megan said.

Some of the prize money will go toward expanding the game’s content and possibly hiring teachers who can help them further develop the curriculum. Megan said they will also invest in an app developer program membership, which is required to release apps on the app store.