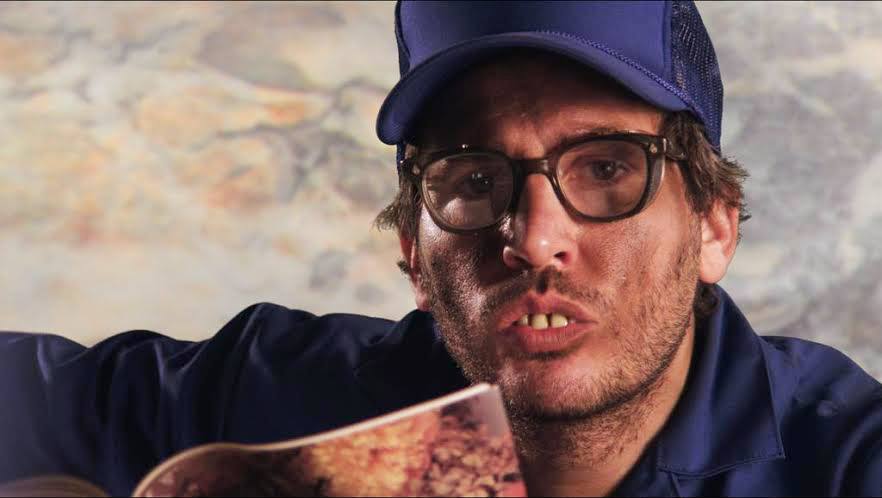 "Brian Bress: Make Your Own Friends" Orange County Museum of Art Through Dec. 4 $7.50

The rock, doll and frog are the central characters in the absurdist video installation “Rock Cowboy” by fine arts alumnus BrianBress. His current exhibition“Make Your Own Friends” at the Orange County Museum of Art is a collection of his works from the pastten years of his career, including “Rock Cowboy.” Over the years, Bress has drawn inspiration from children’s TV shows from the 1980s to create his absurdist works and cartoonish characters, he said.

As a childgrowing up in the 1980s, Bress was particularly inspired by popular shows of the decade, including “The Muppets,” “Pee-wee Herman,” “Fraggle Rock,” “Romper Room” and “Mr. Rogers’ Neighborhood.”He said he loved shows that broke the fourth wall, where the characters spoke directly into the camera to address the children at home watching.

“Engaging with a child through the screen is like communicating with the viewers standing in front of the painting,” Bress said. “The kidin all of us still appreciates that connection and that attention.”

Bress’ first experience creating his own characters involved drawing cartoons and doodles as a child – and picturing them coming to life.

“I could imagine myself out of loneliness and boredom as long as I had a pencil and a piece of paper,” Bress said.

Bress later experimented with videos to further give life and motion to his drawings, taking his doodles from the paper to the screen, he said. He began making his own animated films in college when he wasstudying Film/ Animation/ Video from Rhode Island School of Design as an undergraduate. After graduation, he pitched an animated show to MTV called “The Mall Show” about a mall where inanimate objects come to life at night.

The pilot for the show never made it to television,which Bress said inspired him to take a different direction with his work and delve into less mainstream art genres including absurdism, primitivism and modernism.

“Rock Cowboy” was one of Bress’ earliest works in absurdist videos, which he made when he was a graduate student at UCLA in 2006. The video explores the idea of empathy, how it comes naturally to some people while others have to learn itas an acquired skill.

He said the subjects in the exhibit mimic other objects to represent the concept of empathy:One piece involves adoll made into a lampto illustrate the doll attempting toimaginethe experience of being alamp, he said.Using whimsical characters like dolls to demonstrate intangible concepts like empathy makes the exhibit more accessible and comedic like the shows he loved as a child, Bress said.

“Humor is kind of a gateway to talk about more serious things sometimes,” Bress said.

Nora Burnett Abrams, curator of the Museum of Contemporary Art Denver, said she was taken aback by the variety of material Bress incorporates into his work.

“His videos are finely crafted and fun to watch,” said Abrams, a co-organizer of this exhibition. “They pull you in like a magnet even if it’s just one action repeating itself. It’s very hypnotic and alluring.”

Whitney Tassie, another co-organizer of the exhibition, said she fell in love with Bress’ videos like “Rock Cowboy” because of their lighthearted and humorous narratives, much like the children’s shows they emulate.

“‘Rock Cowboy’ is delivered in a children’s learning TV show style, where the lesson is about putting yourself in someone else’s shoes,” said Tassie, the curator of modern and contemporary art at the Utah Museum of Fine Arts. “Artists draw inspiration from their childhood because that’s the time we’re deciding who we are and who we’ll become.”

Bress said his goal for “Make Your Own Friends” is to capture and present the lifelong love he’s had for cartoons and film.

“I make moving images because it’s the little boy in me that still wants to make my drawings move,” Bress said.