Men’s water polo keeps up solid defense in win against No. 4 Pacific 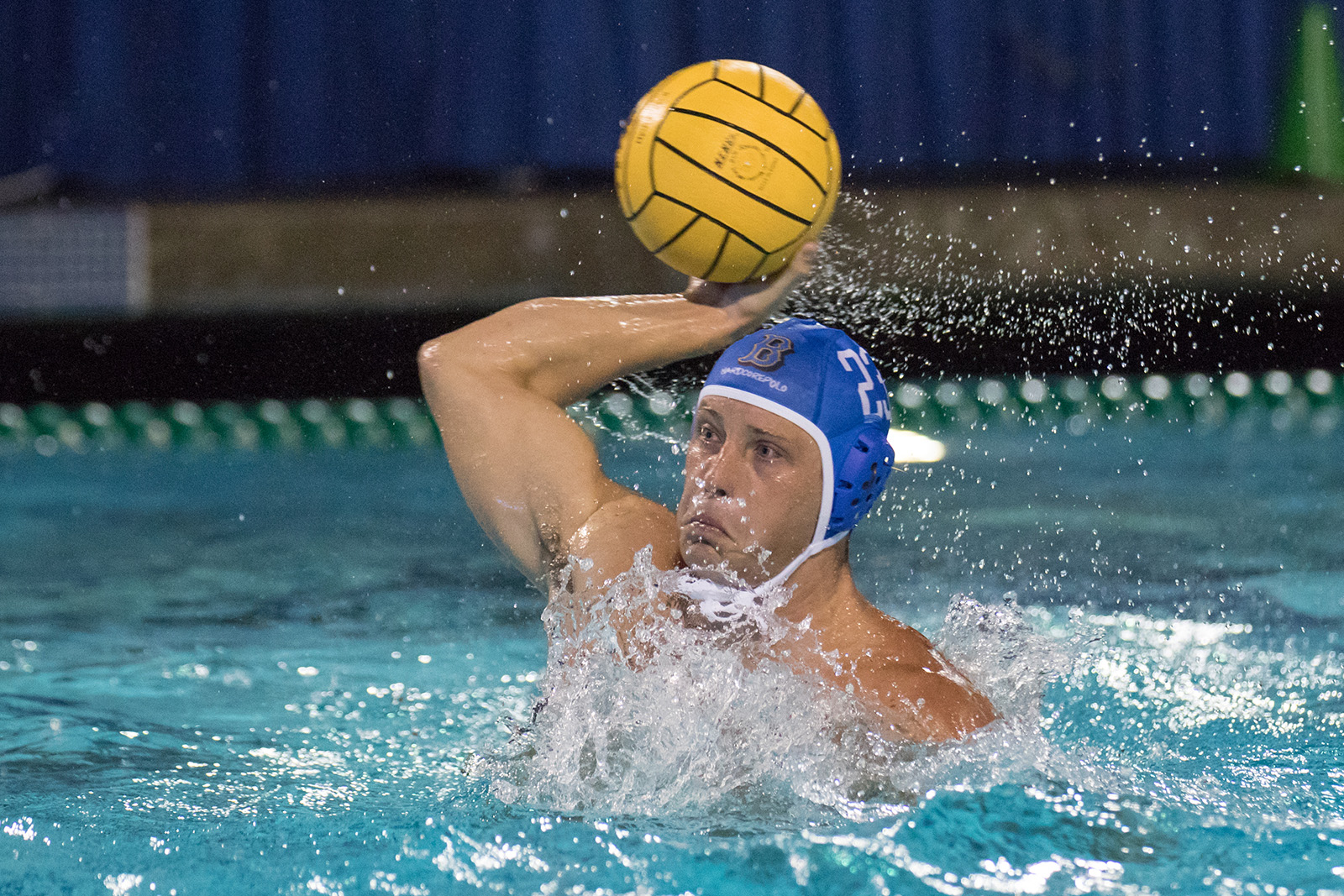 Senior attacker Patrick Fellner had eight goals over two games on day two of the Mountain Pacific Invitational to help land the Bruins a spot in the finals for the eighth year in a row. (Austin Yu/Daily Bruin senior staff)

Senior goalie Garrett Danner – who had sat out the past eight games to recover from an illness – allowed a combined eight goals in seven quarters in cage while recording 22 total saves. Three of the goals that got past him happened at uneven strength and one came on a five-meter penalty shot in the second quarter against the Waves.

“He’s now in his fifth year, and fourth year playing, his experiences are incredible,” Wright said. “There’s no secret that when you have a guy like that in goal it brings confidence.”

The team defense in front of him, however – and in front of junior goalie Aleksandar Ruzic in his absence – has been contributing to the team’s defensive juggernaut. UCLA has now kept its opponents to seven goals or less in each of the past six games, including the double-overtime thriller in Long Beach.

“We’ve always been known as a defensive team,” said senior defender Chancellor Ramirez. “That focus on taking life away from the other team for our defense kind of helps produce our offense.”

That smothering defense has allowed the Bruins a little more breathing room on offense. Pepperdine and Pacific crashed often and aggressively when UCLA tried to work the ball to senior center Gordon Marshall, who drew five kickouts Saturday but only tallied one goal himself.

According to Wright, that was part of the strategy in the semifinal. Pacific collapsed everybody back, he said, which gave the Bruins a hard time on offense – they were down 4-2 at the end of two quarters.

“We didn’t want to shoot the ball,” Wright said. “We were afraid to shoot the ball in the first half. In the second half, we approached the goal (with a mindset) of it didn’t matter if you make it or miss, and that’s the way you have to approach it.”

UCLA scored two quick goals on back-to-back possessions to open the third to tie the game, one by junior utility Alex Roelse and one by senior attacker Patrick Fellner.

The senior attacker would score two more in that third quarter to bring his total on the day to a team-high eight goals over just two games.

“We haven’t played as a full group for that long,” Fellner said next to Ramirez. “We’ve always had pieces out, but getting back together has been good. We’re playing really well.”

No. 3 California, who beat No. 2 USC in the second semifinal of the day, will put that to the test.

In addition, the Bruins could be evenly matched for the first time this year against the Bears’ star-studded corps of field players that includes attackers Luca Cupido and Johnny Hooper.

Though multiple streaks are on the line – 47 wins, three-time defending tournament champions – the season isn’t ending after tomorrow’s 2:30 game. There’s still a long way to go until the weekend that matters the most.