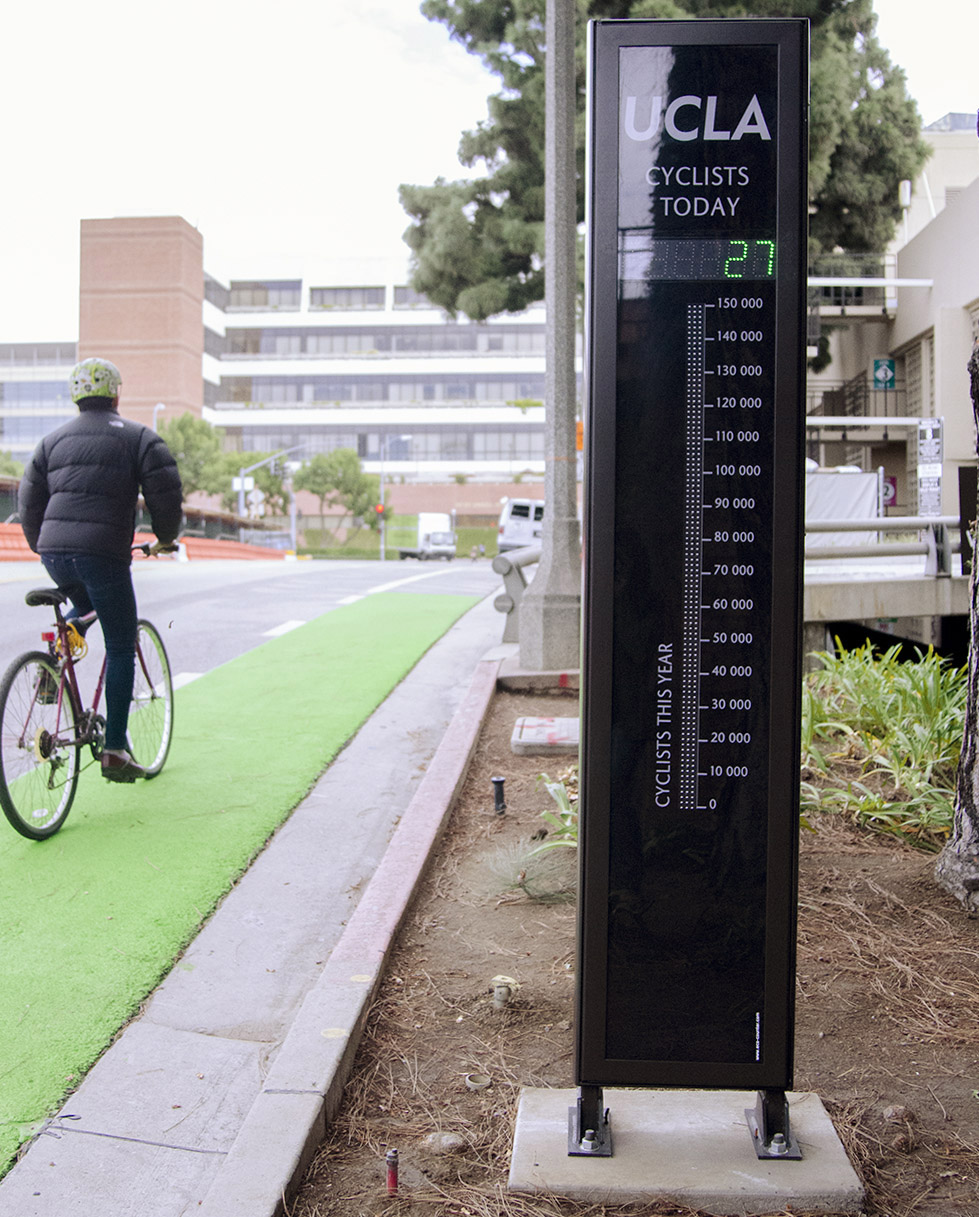 The Los Angeles City Council voted Sept. 7 to change the location of a planned Westwood bike lane to the region of Gayley and Midvale avenues that is between Le Conte and Ohio avenues.

Councilmember Paul Koretz, who represents Westwood and surrounding neighborhoods, proposed to amend the Mobility Plan 2035, which included Westwood Boulevard in its bicycle network. The plan aims to reduce congestion on busy thoroughfares such as Westwood Boulevard over the next 20 years through improvements to bike lanes, bus lanes and sidewalks.

Residents disputed the lane’s original location on Westwood Boulevard because they believe the street is too busy to accommodate more bike lanes safely.

Bike lanes already exist on Westwood Boulevard north of Le Conte Avenue and between Wellworth Avenue and Santa Monica Boulevard. The amended network will direct cyclists to travel one block west after Ohio Avenue and utilize bike lanes on Midvale and Gayley avenues.

Koretz told The Bruin in May that he supports bike lanes in Westwood Village, but not on Westwood Boulevard.

He originally tried to amend the plan to exclude Westwood Boulevard without a set alternative. He proposed moving the lane to Gayley and Midvale avenues in May after the City Planning Commission decided Westwood Boulevard was too important as a north-south corridor to remove from the plan.

Dan Weinberg, a manager at Helen’s Cycles on Gayley Avenue, said he thinks the lane’s original location on Westwood Boulevard is better for businesses and cyclists alike.

He said he thinks cyclists would have the chance to interact with more businesses on Westwood Boulevard, which is primarily businesses and restaurants. Gayley Avenue only has four blocks of businesses before becoming the primarily residential Midvale Avenue, he said.

Weinberg added he thinks a bike lane benefits new cyclists who are experimenting with commuting more sustainably, but experienced cyclists already know how to navigate the road.

He said he thinks new cyclists will probably ride their bikes on Westwood Boulevard because it is the most direct route to the Village and UCLA from several bus stops and the Metro Rail Expo Line station that opened in May.

“A bike lane (on Gayley Avenue) is better than having no bike lanes,” he said. “But a lot of people aren’t going to go on Gayley and could get discouraged from commuting.”

He added he thinks more people are interested in commuting because the Los Angeles Metro Rail Expo Line station on Westwood Boulevard is open.

She said she thinks a bike lane would be better on Westwood Boulevard because it has more businesses and is wider, straighter and flatter than Gayley Avenue.

Christine Baker, a UCLA extension student who rides her bike to class twice a week, said she thinks Gayley Avenue is a better choice for the lane.

She said she thinks cyclists would have an easier time using Gayley Avenue because it has fewer pedestrians and less traffic.

The lane’s exact location can still be changed during the implementation process, which could be anytime over the next 20 years.