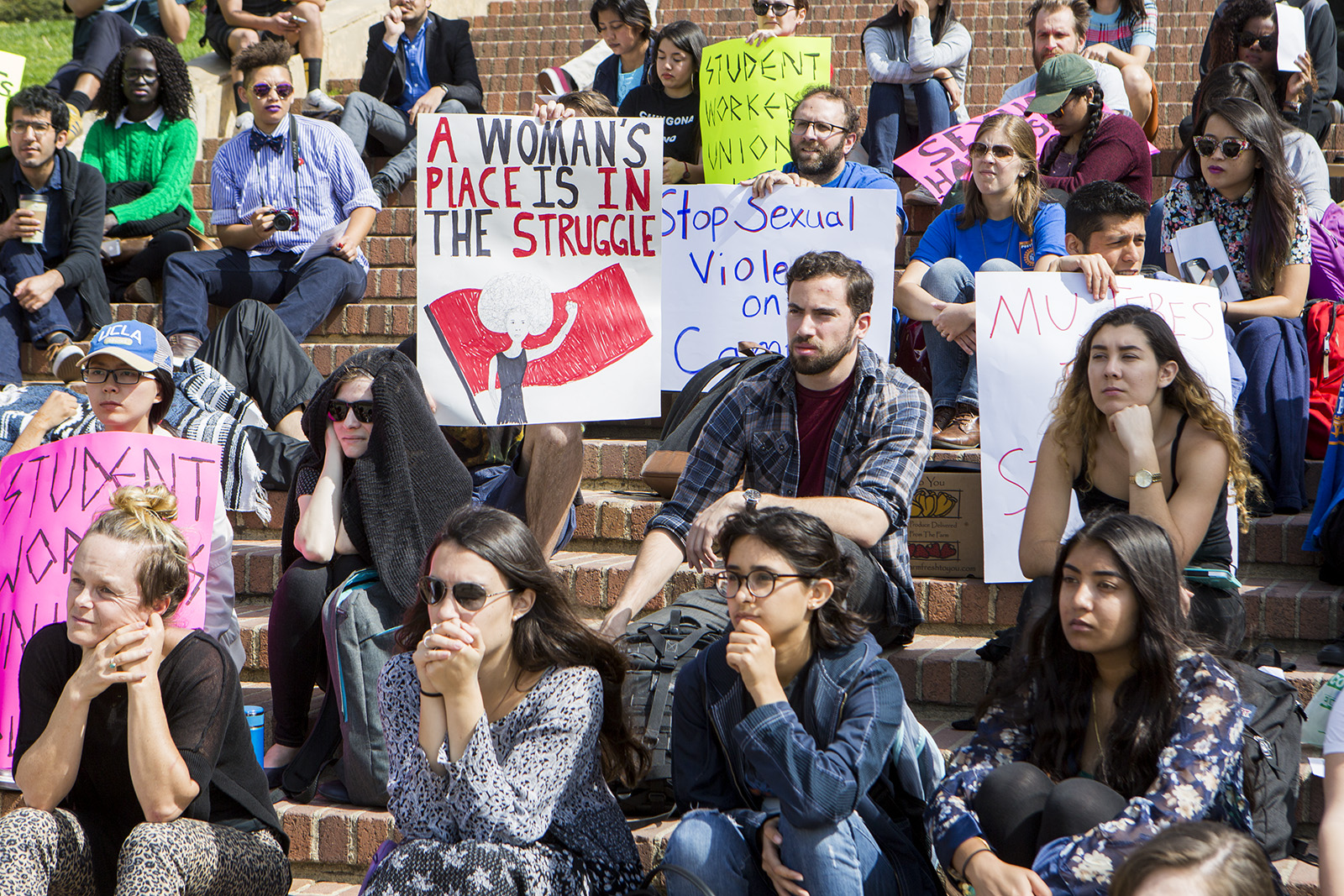 Two graduate students who claimed they were sexually harassed by professor Gabriel Piterberg received a dissertation year fellowship and $460,000 total in settlements from the UC Board of Regents. (Jintak Han/Assistant photo editor)

UCLA settled a lawsuit Thursday that was filed by two graduate students who claimed they were sexually harassed by professor Gabriel Piterberg.

According to a UCLA statement, the UC Board of Regents agreed to pay one student $350,000 and the other student $110,000. They will also provide one of the students with a dissertation year fellowship in her final year of graduate school.

Nefertiti Takla and Kristen Glasgow, both graduate students in history, sued UCLA in June 2015, alleging that UCLA violated Title IX when dealing with their claims of sexual harassment. The students accused Piterberg of making unwelcome sexual advances and comments, conversing about sexual matters and forcing his tongue into their mouths.

The students’ lawyers said in a press release that UCLA officials discouraged the graduate students from making a formal complaint about Piterberg’s misconduct.

The statement did not specify which student received which settlement.

Piterberg was suspended in spring 2015, after the graduate students filed sexual assault complaints against him.

In May 2015, Piterberg resigned from his position as director of the Center for Near Eastern Studies. But UCLA allowed Piterberg to resume teaching following a settlement in February.

The settlement stated that Piterberg could not contact Takla or be romantically involved with students. Piterberg paid the Regents $3,000.

Piterberg also resigned from a visiting scholar appointment abroad in May 2016 after students petitioned for his removal from the European University Institute.

In June, Piterberg and Stephen Aron, the chair of the history department, agreed that Piterberg will not teach in fall 2016 and resume teaching in winter and spring.

However, Piterberg was scheduled to teach a course titled History 105A Survey of Middle East, 500 to Present: 500 to 1300 in fall 2016, according to the Registrar’s Office. The course was later cancelled and rescheduled to winter 2017. UCLA officials said the change was due to the interests and needs of the history department.

According to a letter by Aron that outlined the agreements, Piterberg will be allowed to use his office in Bunche Hall only on weekends and as needed for the 2016-2017 academic year. Piterberg also agreed to hold office hours on campus in Charles E. Young Research Library with the office door open and during business hours. The arrangements will be in effect until June 16, 2017 and revisited at that time.

Last year, UCLA officials created the Office of Equity, Diversity and Inclusion and hired a new Title IX coordinator, to whom members of the UCLA community are encouraged to report any incident of sexual harassment or violence. According to the statement, UCLA also created peer review committees to review proposed sanctions for any faculty member found to violate the UC Policy on Sexual Violence and Sexual Harassment.