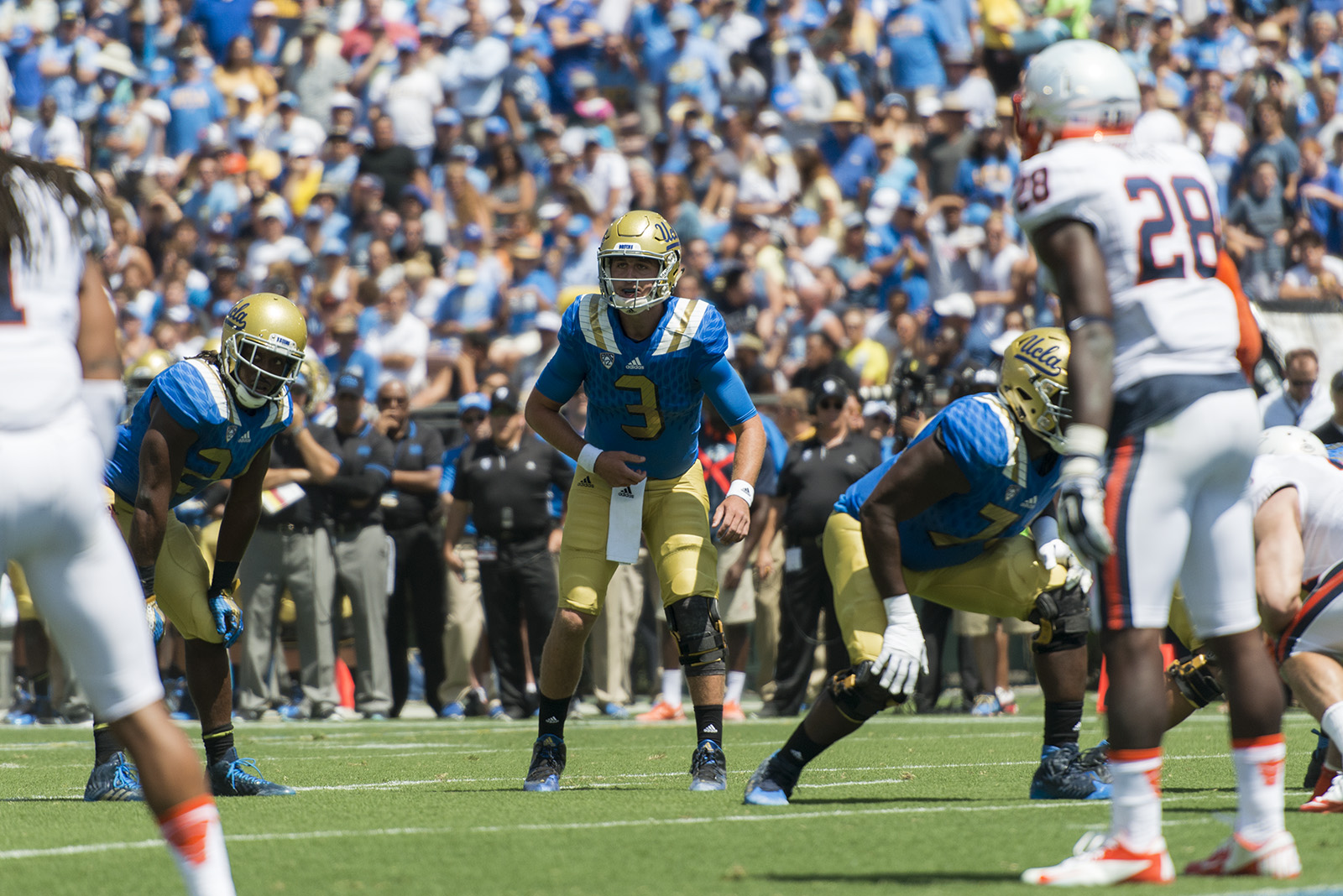 Quarterback Josh Rosen enters his sophomore season in a completely new situation. For the first time in his career, he will face off against an SEC school in Texas A&M. (Daily Bruin file photo)

The UCLA football team is venturing into uncharted waters.

Since Jim Mora took over as coach before the 2012 season, the Bruins haven’t faced an opponent from the vaunted Southeastern Conference – widely regarded as the most competitive conference in college football. That will change Saturday, when No. 16 UCLA opens its season against unranked Texas A&M in College Station, Texas.

“It’s just an amazing opportunity for us, it really is,” Mora said. “And I think our guys are excited about it.”

By electing to play an SEC team in the regular season, UCLA is taking a step that few other Pac-12 teams have taken in recent memory. Over the past four seasons, just four Pac-12 schools have played against SEC opponents. Their combined record is 1-4, with a combined score of 148-123 in favor of the SEC.

During that same time period, the SEC has captured two national championships and produced an NCAA-leading 217 NFL draft picks.

“The important thing is this: that you have the capability to block out everything that’s happening around you and just focus on what’s happening on the field,” Mora said.

“We know what’s coming, and we have to be ready for it,” said senior outside linebacker Jayon Brown. “We know it’s tempo, it’s spread, it’s hurry-up (offense). They have a nice quarterback that can run the ball, nice receivers. It’s going to be a very physical game.”

The game may be physical, but Texas A&M’s best asset may be its speed.

The Aggies boast one of the nation’s best pass rushers in defensive end Myles Garrett – who’s regarded as Pro Football Focus’ top defensive player for 2016 – and they also possess a heap of skill players who can spread the field. Their quarterback – Trevor Knight – is a dual-threat at that position, and their top three wide receivers combined to accumulate 2,476 receiving yards last year.

[Scouting report: A closer look at the A&M defense]

Overall, team speed might be the biggest factor in Saturday’s game. Seeing as the Pac-12 hasn’t had much experience playing against the SEC, it’s hard to tell whether UCLA will be able to match up with what people refer to as “SEC speed.”

“It’s just up to the playing to do the talking,” Brown said.

The Bruins will be donning some new uniforms for the 2016 season. The jerseys won’t look too different from the ones UCLA wore last year, other than the fact that the shoulder stripes extend all the way around now.

The most significant differences in the jerseys will be felt by the players. Unlike last year, the jerseys won’t be utilizing Adidas’ TechFit technology, opting instead for a more “traditional” fabric.

“I would say these are more of a traditional look – more old school,” said redshirt senior tight end Nate Iese. “They feel really well and I like them a lot.”

Mora said that the jerseys utilize different fabrics on both the jersey and the pants. The players got to test them out during practice this past week, just to get use to them and see if any changes or alterations needed to be made.

So far, the reviews have been positive.

“I like the new style that we have, with the holes in the jersey. It looks more NFL-like, as well as that old traditional style of wear,” said redshirt senior wide receiver Ishmael Adams. “It’s a little bit of a different cut, especially around the waist. So it’s definitely going to work in our favor, for sure.”