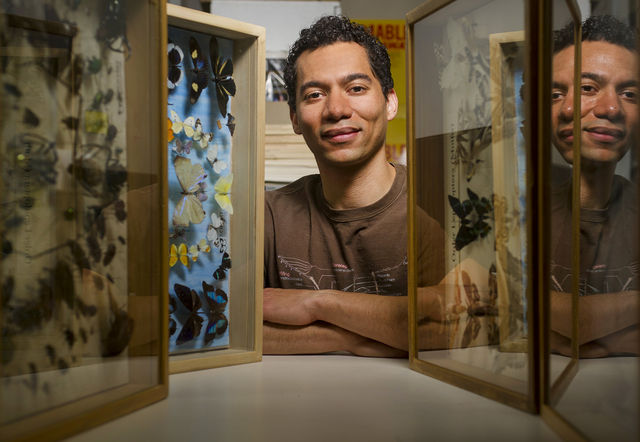 Members of the University of California Student Association, or UCSA, elected a UC Davis graduate student in entomology as its new president at the Student Organizing Summit held Aug. 11-14.

Ralph Washington Jr. was involved in the UC Davis Graduate Student Association before being elected to UCSA, which is the official voice of over 240,000 undergraduate, graduate, and professional students from all 10 UC campuses.

The Daily Bruin’s Ryan Leou spoke with Washington about UCSA’s two new campaigns for the upcoming years and how he got involved in student government.

Daily Bruin: What made you want to join UCSA, and how did you get involved?

Ralph Washington Jr: Last year, I was the chair of the UC Davis Graduate Student Association, or GSA, and co-chair of the Council of Student Body Presidents. UC Davis wasn’t part of UCSA when I became president. But when I attended the (UC Student) Congress last year as co-chair of the Council of Presidents, I got to know my predecessor, Kevin Sabo, and met with other members of the board who invited me into the graduate and professional student space. They convinced me that many of the concerns that people in the UC Davis GSA expressed about UCSA have been assuaged.

When honeybees select a new hive location, the choice of that new location comes through consensus. All the bees scouting a new location return to the swarm and do a dance to communicate their opinion. They then try to convince other bees to investigate those places, and when a sufficient quorum of bees decides the spot they will use, they move. This is an entomologically democratic process and drives very important decisions: a hive’s access to food, their safety, exposure to weather and protection from predators.

These two pursuits, entomology and student organizing, are not as incompatible as they might seem. Traditionally, the two disciplines might be opposing in the amount of time you put into them, but in reality, both can provide unique perspectives to the same problem.

DB: What did UCSA members and students discuss this year at the Student Organizing Summit?

RWJ: The summit (selected) two campaigns: UC Sustain Our Students and ReIGNITE. UC Sustain focuses on basic needs security, such as for food and housing, and ReIGNITE reinitiates the IGNITE (Invest in Graduation, Not Incarceration, Transform Education) campaign that ended last year and focuses on ending the school-to-prison pipeline.

DB: Why did UCSA decide to tackle a second campaign this year?

RWJ: This year it was clear that students wanted to tackle two campaigns. With sufficient support for both, the board reasoned that the resources of UCSA could be justifiably expended in supporting two campaigns. UCSA uses the student fees that the various (UC) student associations collect to represent student interests and concerns, and advocate across the state. UCSA would be remiss if those resources were not used in support of campaigns that students clearly wanted.

DB: How will you inform students about UCSA’s campaigns?

RWJ: UCSA will advertise the campaigns through informational media of various forms. It (will be my) responsibility to represent the campaigns at Regents meetings when engaging with chancellors and when going around to all the UC campuses. (UCSA presidents) do their best to support the actions of the students involved in promotion of those campaigns. To be an effective leader of UCSA, the president must take a step back if someone else is the first to propose something. UCSA will be as earnest as possible in pushing campaigns, mentioning them intelligently and articulating them to people who need to know about them, but it will try not to get in way of students who put so much effort to bring them forward. Doing so would take away the opportunity for students to talk about campaigns firsthand.

DB: What do you see as the end goals for UC Sustain our Students or ReIGNITE?

RWJ: These campaigns are a way to bring movements forward. It is not expected necessarily at the end of the campaign, that all the work will be done. Our hope is that the campaigns will result in changes in policy. The ultimate end goal (for ReIGNITE) would be no UC investment in the prison-industrial complex structure. Many communities of color are at a disadvantage and make up a disproportionate percentage of the prison population. If a university that prides itself on changing the nature of society benefits economically from (the prison-industrial complex structure), this should be a great concern to everyone.