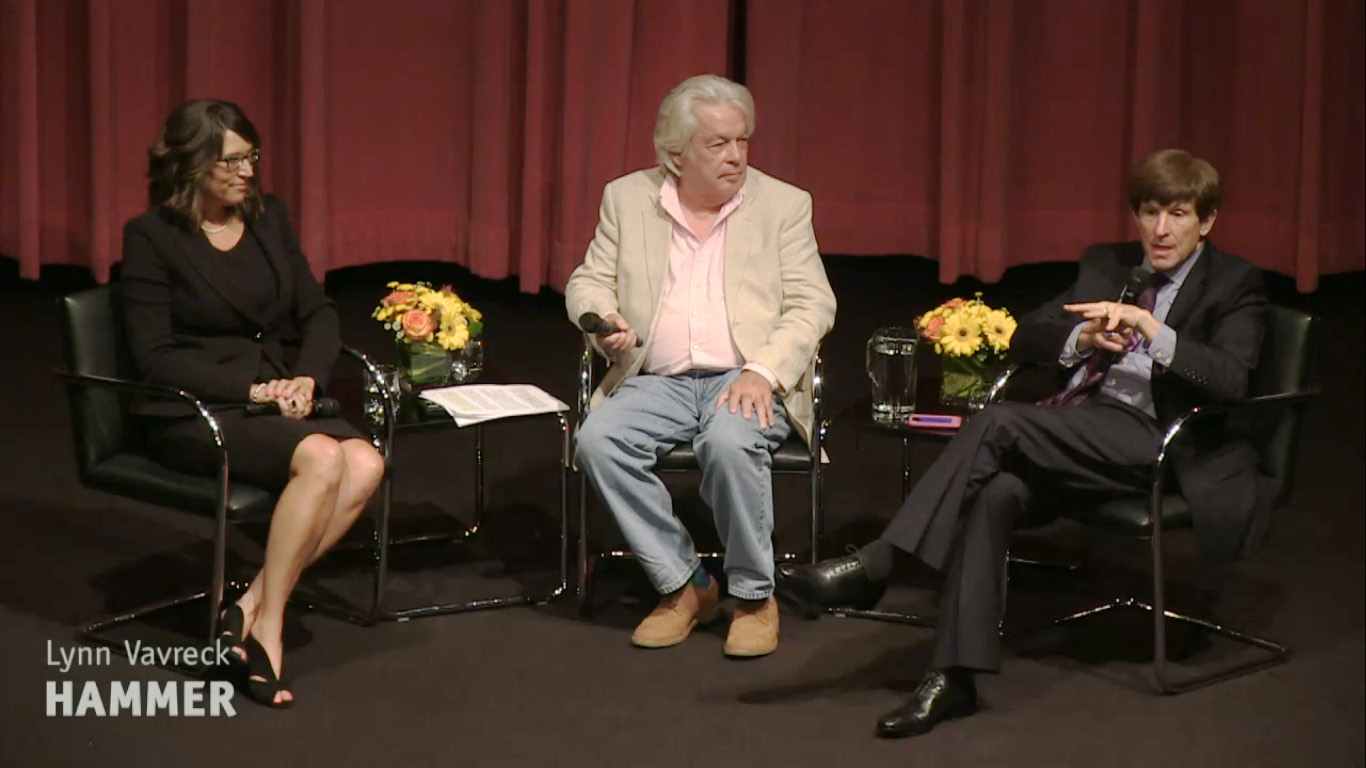 Two election experts from opposite sides of the country met Tuesday at the Hammer Museum to discuss the factors which may lead to a close victory for Hillary Clinton in November’s presidential election.

The lecture, “Predicting the Unpredictable: The 2016 Elections,” featured commentary by Lynn Vavreck, a UCLA political science professor, and Allan Lichtman, a political historian at American University in Washington, D.C.

Vavreck helps run Spotcheck, a website that analyzes the impact of political campaign ads in real time. Lichtman developed a predictive system that has correctly predicted the winner of every US presidential election since 1984.

During her lecture, Vavreck said that the better the nation’s economy does, the higher the chance the party already in power will win the election. Her model for the election is based on economic growth in the first six months of this year. The model predicted both Clinton and Republican presidential nominee Donald Trump would receive about 50 percent of the vote in November.

“This election is meant to be a squeaker,” Vavreck said. “Neither party benefits from the current economic conditions, so they will both fight to refocus the election onto alternate issues.”

Vavreck added candidates focus on topics such as social issues or foreign policy, which majorities of their supporters feel are important.

Trump’s message of “Make America Great Again” and Clinton’s message of “Stronger Together” appeal to different groups of the electorate, Vavreck added.

“The key word (in Trump’s message) is ‘again,’” Vavreck said. “It alludes back to a time where America was more isolationist and divides the election by in-group and out-group based on race and ethnicity.”

Lichtman explained his model “The 13 Keys to the White House,” which helps him predict election results. The model consists of 13 true or false statements about the country, incumbent party and challenger, like “The incumbent party candidate is the sitting president” and “The economy is not in recession during the election campaign.”

If six or more of the statements are false, the model predicts the incumbent party will lose the election, Lichtman said.

Lichtman added his model currently predicts Clinton will win about 52 percent of the vote because eight of the test statements are true.

Lichtman also said his model caught the attention of several presidential campaigns. In 1984, an official from the Ronald Reagan campaign contacted him, and asked what would happen if Reagan chose not to run for re-election. Lichtman said his model showed that without Reagan’s incumbency and charisma, the Republican Party likely would have lost the White House. Lichtman said his model also helped convince Bill Clinton to challenge George H.W. Bush in 1992, because the model concluded the weak economy made Bush vulnerable.

David Dixon, a third-year philosophy transfer student who attended the event, said he thought the speakers and audience seemed to agree that Clinton would win the election.

“I sensed in the room that everyone was in agreement with them and were searching for more of an explanation,” Dixon said. “Most people seemed settled already with what they thought was going to happen.”

Vavreck concluded by saying she thought Trump’s campaign did not create positive attitudes and rhetoric in the campaign, but instead chose to appeal to the electorate in a divisive way.