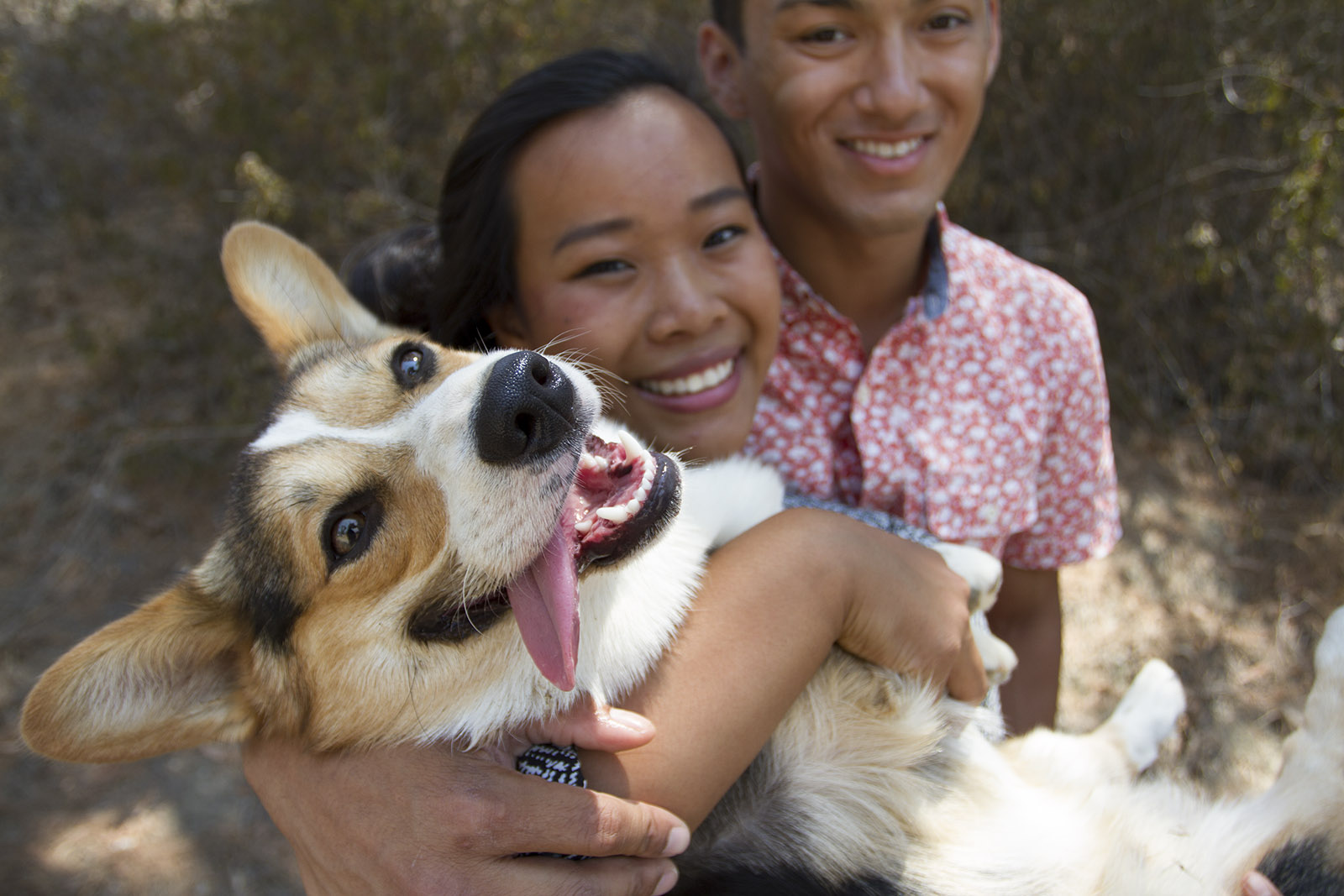 Anywhere he goes, Pavlov the corgi gets stopped on the streets by fans from as far away as Berkeley.

“A girl from UC Berkeley saw him on the street and freaked out,” said Anthony Osuna, Pavlov’s owner. “Her friends were from UCLA, and they said the only thing she wanted to do (on campus) was meet Pavlov.”

Osuna, a UCLA alumnus, and his girlfriend Elayne-Tram Nguyen, took a photo of Pavlov in a graduation cap matching Nguyen’s at her graduation in June, marking the end of his time at UCLA.

The caption of the photo of Pavlov in his cap read: “Some of you got a Ph.D, a Puppy Hatin’ Degree. I’m not with that B.S.” It quickly became one of the account’s most liked photos.

That night, Mashable, an entertainment and news website, reached out to the couple for a three-question interview about the idea behind the photo, and by the next morning, the story had gone viral.

“I had made him a little graduation cap because I thought it would be cute. … We never expected that picture to take off,” Osuna said.

Pavlov had posed around campus since the couple adopted him last Christmas Eve. The account follows Pavlov from when he was a puppy and features photographs of him at Janss Steps, Royce Hall and parks in Los Angeles.

Osuna said Pavlov also completed one of the most time-honored traditions at UCLA: dipping his paw in the Inverted Fountain to be “Bruin-tized.”

Though there are thousands of cute corgis in the world, Osuna said he thinks there is only one UCLA corgi. He said he thinks Pavlov is different from other UCLA dogs because he and Nguyen were on campus with Pavlov every day. This gave fans of the account more opportunities to see him.

Nguyen said she thinks people who aspire to graduate from a prestigious university like UCLA appreciated the comical take on this achievement.

People commented on Pavlov’s Instagram account that they were inspired by Pavlov’s journey through college, and felt that if a dog could graduate, they could too, she said.

Michael Comaduran, the couple’s roommate and a UCLA alumnus, said he has seen the reach of Pavlov’s fame while walking him around their neighborhood.

“Any time I take him for a walk you would see everyone just stopping him and asking for pictures with him,” Comaduran said. “I’ve gotten girls’ numbers walking with him.”

Comaduran said he, Osuna and Nguyen frequently went to Santa Monica, where Pavlov encountered fans from UCLA as well as other parts of the state, who stopped to pet him.

Nguyen said she thinks the account resonates with people who can’t have dogs because of time commitments like school or work but are able to live vicariously through Pavlov’s posts.

Nguyen and Comaduran said that apart from attracting strangers from his Instagram fame, Pavlov has helped them through tough times with school and their families.

“He would help me get through my day and help me have a routine,” Nguyen said. “It wasn’t just me going through my own struggles. It was me and Pavlov.”

Pavlov has recently started modeling for Himalayan Dog Chews, and will be featured in Pet Product News, according to his account. But he won’t stray far from campus. Osuna and Nguyen said they plan to continue visiting friends at school.